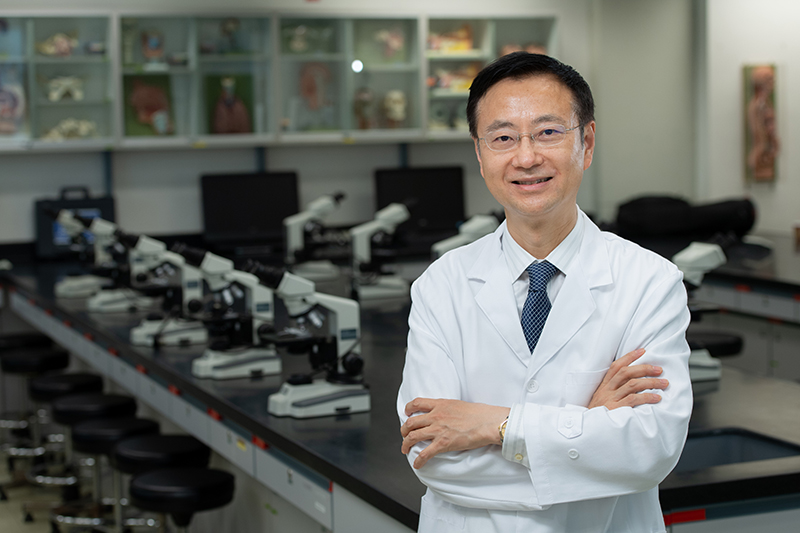 Pioneer of the field of metabolomics
Metabolomics is a relatively new scientific tool. According to Professor Jia, the term "metabolomics" first appeared in 2001. "My team started working on metabolomics in 2003. We are among the earliest laboratories in the world that have been conducting research in this field." Metabolomics measures the dynamic changes of a person's whole set of metabolites in response to changes in his or her physiological conditions as well as environmental stimulations, so "holistic" and "dynamic" are two key components. "By capturing the whole picture of these changing biomarkers, we can see a lot of things that we could not see before," Professor Jia elaborated. In 2008, Professor Jia put forward a theory that the human gut microbiota can be regarded as the disease targets for a number of conditions such as diabetes, cancers, and neurological diseases, suggesting that manipulation of commensal microbial composition through combinations of antibiotics, probiotics and prebiotics would be an innovative therapeutic approach in the future. Published in the Nature Reviews Drug Discovery, his paper "Gut microbiota: a potential new territory for drug targeting" has drawn much attention in academia, as his team was the first to characterise the metabolome generated from gut microbiome–mammalian co-metabolism. "At that time, this idea was relatively novel, and people did not think that way. Nonetheless, over the past twelve years, thousands of studies have been done and all the results justified our findings. I am glad to see that many new therapeutic solutions which treat these diseases by targeting our gut have been developed. This is indeed a paradigm shift," Professor Jia said.

In Professor Jia's view, medical research in the Western world has been highly compartmentalised. Everyone works in a greatly specialised area of a human body, in the hope that one day a biological system can be reconstructed by putting all the bits and pieces together. "But you know, human body does not work that way. Different organs interact with each other. For example, a disease in the liver may derive from a very different organ – the intestine." Another key research initiative of Professor Jia's team is the characterisation of liver–bile acids–gut microbiome metabolic axis and their impact on gastrointestinal diseases. His team has tried to define the molecular mechanisms that link metabolic defects / disruptions of the gut-liver metabolic axis to gastrointestinal carcinogenesis and metabolic disorders such as hepatic steatosis and liver fibrosis. Having 27 years of experience as a scientist in the medical field and being one of the world's leading figures in metabolism and translational research, Professor Jia has founded and taken up directorship of prominent research centres in the US and China, building a number of clinical -omics platforms and botanical-based drug development laboratories in collegiate and industrial settings. The strong influence of his publications is evidenced by his exceptionally high citation count on Google Scholar of over 21,000.

Metabolomics and traditional Chinese medicine
Professor Jia has a very diverse, or in his own word – complicated, academic background. He first studied analytical chemistry and then radiopharmaceutical chemistry, while he now works in the field of metabolomics and systems biology. "My feeling is that if you would like to do a good job in medical research, you need to acquire multi-disciplinary knowledge and expertise." Professor Jia explained to us with British philosopher Isaiah Berlin's points of view, "In his popular essay The Hedgehog and the Fox, Berlin divided writers and thinkers into two categories: hedgehogs, who view the world and handle issues through the lens of a single defining idea, and foxes, who draw on a wide variety of experiences and for whom the world cannot be boiled down to a single idea. I believe that to do research in the medical world, you need to be a fox. You need a variety of technical backgrounds and use whatever we know to get the whole picture of life."

Does exploring the field of traditional Chinese medicine enable Professor Jia to get the whole picture of life? "Metabolomics and traditional Chinese medicine have a very similar philosophy. As mentioned before, metabolomics looks at the entire set of metabolites so as to understand the metabolic phenotype of a person, usually by analysing blood or urine samples with high-resolution spectrometers. In traditional Chinese medicine, clinicians make use of the four diagnostic methods, i.e. observation, auscultation, interrogation and palpation to make diagnosis and decide on the treatment for their clients. They treat a sick person by helping the person regain the balance inside his or her body instead of hitting a specific target. It can be seen that both fields emphasise holism and dynamic changes to view diseases and lives. Therefore, we are actually doing the same thing, just with very different tools," Professor Jia answered. In his research work on diabetes, Professor Jia discovered a bacterial metabolite in our gut that is important to the secretion of insulin. Interestingly, this metabolite is vitally available in another biological species – pigs. That is why pigs never get diabetes even if they eat immoderately and have such an unhealthy lifestyle. "More surprisingly, the discovery of treating diabetes with pig's bile can be found in a Chinese herbology volume, The Compendium of Materia Medica, written by Li Shizhen several hundred years ago," Professor Jia said. "There is so much for me to learn from the profound wisdom of the traditional Chinese medicine. It opens up a new door for me to understand diseases."

Professor Jia also pioneered studies of herbal medicines using a metabolomics approach. He conducted the first metabolomics work in the botanical field, characterising the systemic toxicity induced by some of the most frequently used botanical agents in the Western world. "Traditional medicines and natural products are multi-component and are often difficult to be characterised by a reductive pharmacological model," Professor Jia said. For example, his team initiated a research on Pu-erh tea ten years ago. Folk wisdom has it that drinking Pu-erh tea after a heavy and greasy meal could help digestion. Professor Jia's study validated the cholesterol and lipid reducing effects of Pu-erh tea, and discovered that it was the most abundant pigment in Pu-erh tea, known as theabrownin, that improved the blood lipid profile and restored the homeostasis of lipid metabolism through gut microbiota modulation. This research linked Pu-erh tea to gut microbiota and bile acids metabolism for the first time to reveal the mechanistic role of theabrownin as the main active component of Pu-erh tea for reducing cholesterols and triglycerides. "So drinking Pu-erh tea may be a good option for people suffering from hyperlipidaemia and diabetes," Professor Jia suggested.

A humble researcher and motivating teacher
In addition to conducting research, Professor Jia has also been teaching for many years. What kind of teacher is Professor Jia? "I am the kind of teacher who encourages students to read, to think and to ask questions," Professor Jia answered with a smile, "and I do not push my students to come early in the morning!" In his view, thinking and asking good questions are far more important than following mentors' advices and guidelines. Therefore, his students do not need to follow his orders, but they must have their own thoughts. "Challenge me. Ask me questions. Then both of us can improve," Professor Jia believed. His goal in teaching is to ensure students to obtain the skills of critical thinking and information exploration. Over the years, several of Professor Jia's students have already become full professors at universities in Shanghai, while three have become assistant professors in universities in the US. Many have been recognised for their research efforts, such as receiving pre-doctoral fellowships, as well as awards from foundations and industries.

In our eyes, Professor Jia is a very successful scholar, but he seldom thinks in that way. "I don't consider myself a successful person. To be honest, success can be defined differently by different persons. I just try to keep a balance among my work, my life and my family," Professor Jia replied. "I like to see people enjoy working with me and be proud of what they do. And I love the work I am doing now." It is our privilege and delight to have another humble researcher and motivating teacher at HKBU. 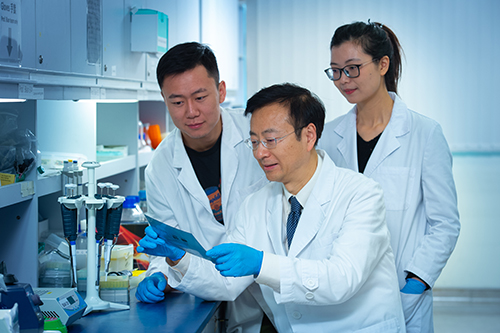 Professor Jia is a pioneer of the field of metabolomics 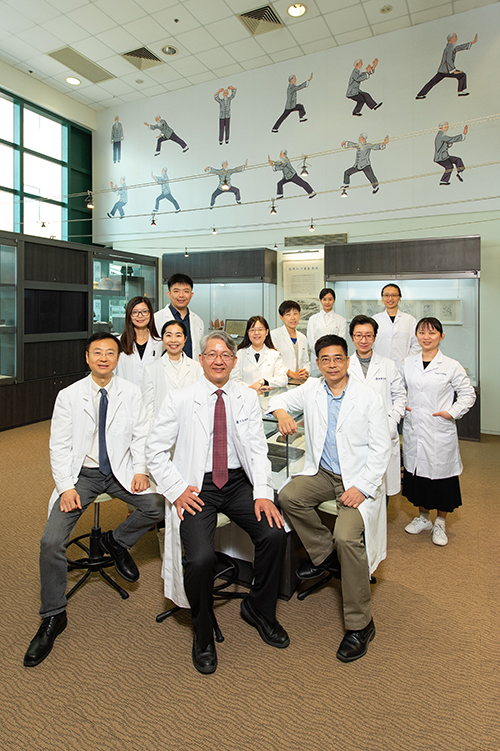 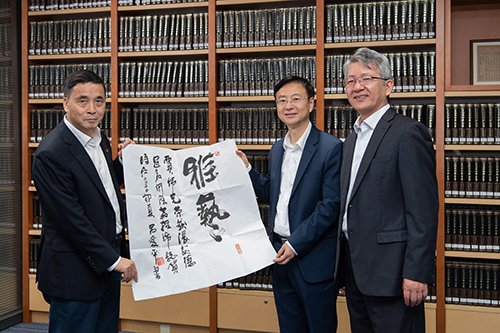 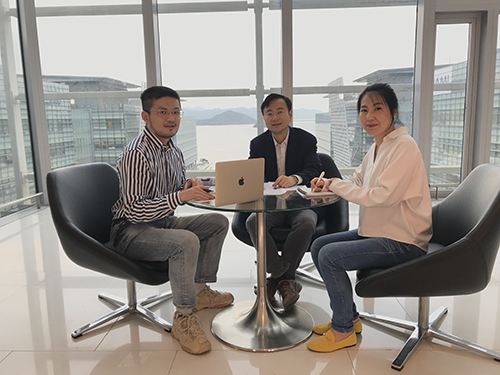 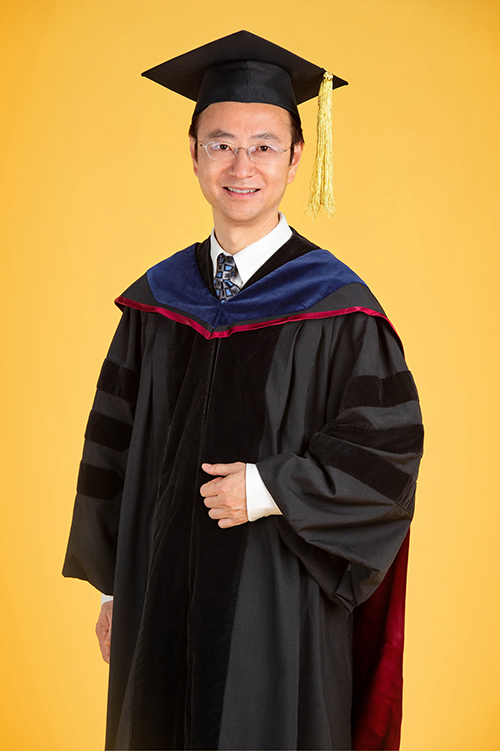