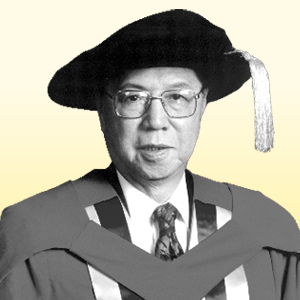 “HKBU is one of the few universities in Hong Kong that provide music education. Over the years, its long-standing and prestigious Department of Music has nurtured generations of graduates who are equipped with a well-rounded practical, creative and intellectual foundation. We hope that this endowed professorship will serve as recognition of the Department’s contribution and achievements in the University's drive to assist students in reaching a high level of musical and intellectual development.”

Born in Nanhai in Guangdong Province, the late Dr. Hung Hing Shiu went into business after graduation from university. He was elected as a Director of the Far East Stock Exchange for eight years and then served on the Board of the newly named Hong Kong Stock Exchange for six years. Apart from Hung Hin Shiu Charitable Foundation Limited, he together with the Hung family founded and managed Shiu Pong Enterprises Limited. He and his wife Dr. Hung Yeung Pong Wah had four children: Mr. Henry Hung, Mr. Billy Hung, Mr. Daniel Hung and Ms. Elizabeth Hung.

A generous philanthropist, Dr. Hung contributed a great deal to Christian education and social service. He was a dedicated supporter of Hong Kong Baptist University (HKBU). Since the 1970s he stood by the University even when the then Hong Kong Baptist College (HKBC) was only a private college with limited resources. Dr. Hung had confidence in the College and nurtured the Institution with timely support and care, helping it promote the shared aspiration for "Whole Person Education". Dr. Hung actively participated in University affairs by serving on the Council and the Court in the 1970s and 1980s respectively for a total of 29 years. He also acted as chairman of several fundraising committees. He was Chairman of the HKBU Development Fund, and was Chairman of the University Foundation Fund for 16 years following its inception in 1993. When the University celebrated its Golden Jubilee in 2006, Dr. Hung was Chairman of the HKBU 50th Anniversary Fund Raising Organising Committee.

As early as the 1970s, Dr. Hung generously founded the University's first-ever endowment fund. From 1978 to 1980, with Dr. Hung's financial support, Shiu Pong Hall on Broadcast Drive was established as the residence of the President and Vice- Chancellor. In addition, Dr. Hung made donations to the University Foundation Fund, the Hung Hin Shiu Chinese Medicine Foundation Fund, the Hung Lai Ching Memorial Fund, the HKBU Development Fund, the HKBU Century Club Fund, and the Hong Kong Baptist University Foundation. Dr. Hung also supported the development of Chinese medicine at HKBU with the establishment of the Dr. & Mrs. Hung Hin Shiu Museum of Chinese Medicine and the Hung Lai Ching Laboratory of Biomedical Science, the establishment of scholarships, the Chaplain's Office ministries, the campus ministry, the Student Hostel Project-Alumni Hall, the Leadership Development Programme, and more. Dr. Hung passed away on 31 May 2009 at the age of 90.