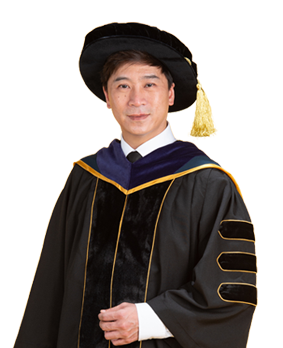 From the day Professor Johnny Poon set foot in academia, through his years as an accomplished musician, a devoted teacher, and an impassioned academic leader, he remains a vehement advocate for academic research - a panacea that acts as an agent of change in an increasingly complex world. As Associate Vice-President (Interdisciplinary Research), he is responsible for the launch and development of six interdisciplinary research laboratories, exemplifying the University's commitment to create the best conditions for generating groundbreaking research for society.

In his own research, Professor Poon focuses on interdisciplinary projects that would break traditional artistic and disciplinary boundaries. He aims to invent radical concepts, techniques and advance the future of creative practice that would help enhance the ways people think, express and communicate ideas and emotions. Recently, he has contributed to the rediscovery and a modern adaptation of an 18th century opera by Antonio Caldara. This research delivers the first performance edition of the opera since its premiere in 1735, and it gives voice to the actual sound of the music that were previously unknown to scholars and modern audience. He further expands the artistic property of this opera by designing a new performance model that put the historical text of this centuries-old music within a larger time and cultural continuum through new interfaces of dance, theatre, visual media, and AI technologies.

During his 10-year service as Head of the Department of Music, Professor Poon has spearheaded major performance, research, curriculum and development projects, making the Department synonymous with quality in teaching and research. In addition to teaching and research, Professor Poon plays an indispensable role in capital works projects, in terms of fundraising and planning of physical spaces. Examples included the renovation of the Department of Music and its relocation to SingTao Building; new teaching and recording studios in David C. Lam Building; and now the design of the new Creative Hub in the Hostel and Academic Building Complex to be opened in 2024. His contribution to HKBU extends beyond the departmental level, particularly by serving as Acting Dean of Arts and Convenor of the Creative Media/Practice Research Cluster.

Professor Poon serves in a number of committees and advisory boards, including Curriculum Development Committee on Key Learning Areas (Arts Education), Education Bureau; Programme and Development Committee, Leisure and Cultural Services Department; and Hong Kong Arts Development Council. He is Chairman of the Advisory Committee for the Division of Cultural and Creativity at United International College, Zhuhai, and Artistic Advisor of Macao Orchestra. He also serves on panels for various organisations, accreditation reviews and award schemes. He is an elected fellow of the Hong Kong Academy of the Humanities.

“HKBU is one of the few universities in Hong Kong that provide music education. Over the years, its long-standing and prestigious Department of Music has nurtured generations of graduates who are equipped with a well-rounded practical, creative and intellectual foundation. We hope that this endowed professorship will serve as recognition of the Department’s contribution and achievements in the University's drive to assist students in reaching a high level of musical and intellectual development.”