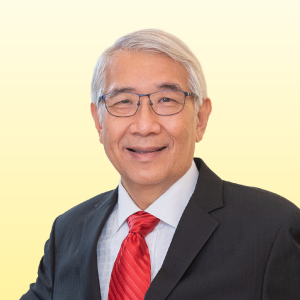 “The nervous system, which controls most of the functions in mind and body, is the most important system in the human body. Dysfunctions of the nervous system may therefore cause serious health problems. Unfortunately, most of these neurodegenerative diseases are incurable. I profoundly hope that the establishment of this first-ever endowed professorship in innovative neuromedicine can promote studies on translational solutions for these devastating diseases.”

With a historical legacy dating back to 1822, the second year of the Daoguang reign in the Qing Dynasty, Ma Pak Leung has more than 200 years of specialisation in Traditional Chinese Medicine (TCM). Starting out as a simple drugstore in Foshan, Guangdong, Ma Pak Leung evolved into a pharmaceutical manufacturer which moved to Hong Kong in 1949 and was officially incorporated as Ma Pak Leung Company Limited in 1958. Today, it is the fifth generation of the Ma Pak Leung family that is in charge of the business.

Adhering to the Company’s patient-first philosophy, Ma Pak Leung Company Limited provides safe, high-quality medicines not just to prevent and treat diseases but also to enhance customers’ health and well-being. Based on ancient prescriptions, Ma Pak Leung makes full use of its extensive knowledge and wide-ranging clinical experience of TCM to develop a comprehensive variety of medical products including ointments, pellets, pills, powder, tea, oil, and medicated wine. At its peak, it has produced more than 180 types of TCM products.

As a research-led liberal arts university, HKBU is totally committed to developing focused areas of research and promoting knowledge transfer to create value for society. Furthermore, HKBU is at the forefront of research and service provision of TCM. Through the establishment of this first-ever innovative neuromedicine endowed professorship at HKBU, Ma Pak Leung joins hands with the University in advancing the frontiers of research and applications in neuromedicine, with innovative concepts and technologies strengthening public healthcare for the overall benefit of society.