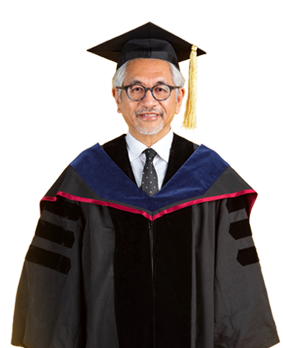 Professor Man Shu Sum is currently Associate Director of the Academy of Film, School of Communication, Hong Kong Baptist University. An all-round veteran of Asia's media industry, Professor Man is one of the most experienced teaching staff at the Academy of Film, with rich experience in areas ranging from media content creation, radio broadcasting and TV channel management to film investment, production and distribution.

After graduating from the Department of Communication of the Hong Kong Baptist College, Professor Man worked at Ming Pao's evening newspaper as a journalist and then at Television Broadcast Limited as a programme researcher. In the 1980s, Professor Man was recruited by the Government of Singapore and pursued his career at the Singapore Broadcasting Corporation. He became one of the pioneers in building Singapore's media landscape and eco-system, helping the nation to create soft power through film and television. His main duty was to oversee the Corporation's multicultural entertainment production arms, to groom local television creative talents and to manage its satellite television channel in Taiwan. In 2000, Professor Man became Chief Operating Officer of MediaWorks Singapore. He spearheaded the launch of two brand new free-to-air television channels, which won Asia Broadcaster of the Year and Asia Terrestrial Channel of the Year titles in the Asian Television Awards in 2002. In 2005, he joined Singapore's Media Development Authority as Director of Broadcast and Film. Other than promoting the film and television industry locally and internationally, he was responsible for supervising public-service funding for TV productions as well as launching and driving the creation of high-definition content in Singapore's nationwide high-definition TV trial. In 2007, he worked for Hollywood Mark Burnett Productions as Chief Executive Officer for its Asian operation. Two years later, he joined MediaCorp Raintree Pictures as Managing Director to produce and invest in films made in Singapore, Malaysia, Hong Kong and Mainland China. In 2014, Professor Man began to teach at HKBU.

With his 40 years of solid experience in the industry, Professor Man has significantly enhanced both the software and hardware of the Academy of Film. In terms of software, he has enriched the content of courses related to media management, TV programming and broadcast policy by bringing in his vast first-hand knowledge and experience. He has also developed novel courses such as the Creation of Non-scripted Reality Shows as well as Linear and Non-linear Storytelling. Furthermore, Professor Man established the unprecedented studio i as a start-up initiative connecting with the University and the industry to jointly invest in film production. Students are therefore mentored by film professionals and provided with opportunities to participate in commercially released film making projects. Regarding hardware, Professor Man also initiated the setting up of a Dolby Atmos Sound Studio, the first of its kind in the Asian tertiary education sector, helping students to elevate the quality of their creation with sophisticated sound design. In 2018, the Academy of Film launched the first Global University Film Awards (GUFA). With Professor Man’s years of connections and experience in advising regional media events and festivals, the event was a great success, attracting more than 1,800 submissions from nearly 100 countries and regions.

Professor Man has been frequently invited to speak at international seminars. He also sits on regional film-related advisory boards. He is currently a Member of the Hong Kong Trade Development Council Entertainment Industry Advisory Committee and Member of the Singapore Film Commission Advisory Board. He was also Member of the Singapore Media Festival Advisory Board from 2013 to 2019 and Chief of Jury of the Asia Television Awards from 2006 to 2016. In 2007, he was selected as one of the Top 50 Asia Film Leaders by the prestigious American entertainment trade magazine Variety.

“Film and Television are much more than just entertainment. They are an art form that simulates experience to communicate ideas and beauty, as well as a cultural artefact that records the culture of their creators. Hong Kong is considered as being among the major global film and television content exporters and has one of the world's largest and most dynamic film and television industries. We wish that the establishment of this endowed professorship can help HKBU's Academy of Film nurture more future talents, thereby bringing fresh blood to the industry.” 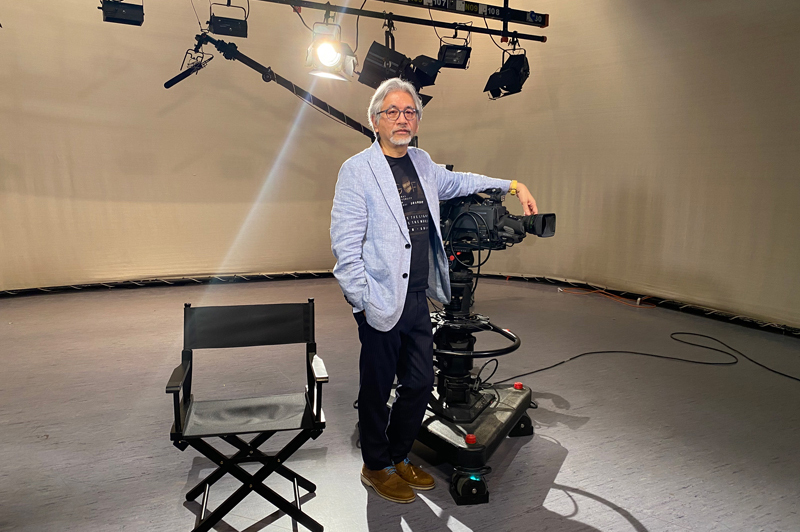