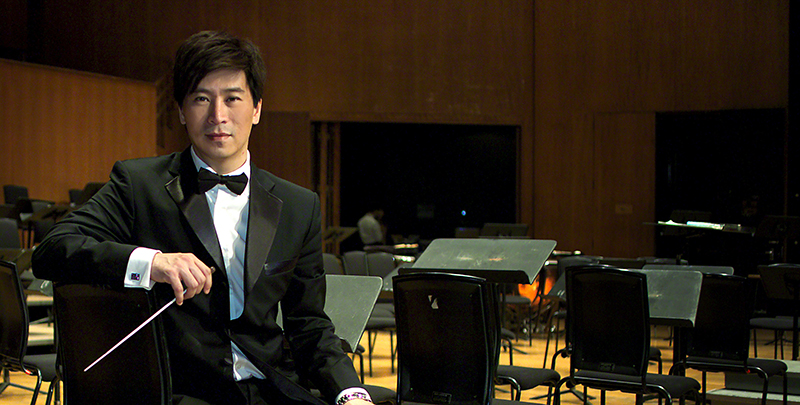 “I believe that future academic research community should be interdisciplinary, or even anti-disciplinary, in which researchers of different disciplines collaborate with each other to work on a common problem and find solutions that one person could not have done alone,” said Professor Johnny M Poon, who was appointed as the Dr. Hung Hin Shiu Endowed Professor in Music this year.

A scholar who dares to push the boundaries
In addition to being Professor and Head of HKBU’s Department of Music, Professor Poon is the Associate Vice-President (Interdisciplinary Research), responsible for the launch and development of the six interdisciplinary research laboratories. In 2018, HKBU set out its 10-year Strategic Plan in which one of the priorities is to produce world-class research in three research foci, namely Creative Media and Practice, Health and Drug Discovery, and Data Analytics and Artificial Intelligence (AI). These are areas in which HKBU has an edge, as well as areas that can create the most significant impact on the world in the foreseeable future. Professor Poon is on the one hand busy with recruiting outstanding scholars from around the world to join the labs supported by the University’s Talent100 Initiative; on the other hand he will be spearheading the development of the Augmented Creativity Lab, an interdisciplinary endeavour on AI and Creativity along with his team of experts. “Human and machine collaboration will be our future. We would like to see how human intelligence and AI can collaborate. Although this type of studies is experimental, we are not conducting experiments for experiment’s sake. We hope we can discover what makes humans unique compared to a machine, what the future of human beings and technology is, and how we can contribute to society with our research.” Professor Poon indicated that he will use the funding associated with his appointment as Dr. Hung Hin Shiu Endowed Professor in Music as a start-up fund to initiate experimental and even radical investigations that can push the boundaries of knowledge.

Professor Poon joined the Department of Music of HKBU in 2005. Since then, he has introduced a variety of new ideas and initiatives. Since 2006, Professor Poon has served as the founding director of the Collegium Musicum Hong Kong, the first chamber ensemble in Hong Kong that focuses on Baroque and contemporary music. The ensemble has appeared in concert halls and festivals across the world, including the Central Conservatory Music Festival in Beijing, the Harlaxton International Chamber Music Festival in the UK, and the Hong Kong Arts Festival. From 2009 to 2019, Professor Poon oversaw and took lead role in launching a number of new programmes, including the Associate Degree in Music Studies, the Master of Arts in Music, the top-up self-funded Bachelor of Arts in Music Studies, as well as the Bachelor of Music in Creative Industries. Introduced in 2019, this first-ever Bachelor of Music in Creative Industries programme in Hong Kong offers a new career pathway for students with the following two concentrations designed to develop students’ musical skills in storytelling: (1) Scoring for Film, Television and Video Games, and (2) Popular Music Performance and Song Writing. With Professor Poon’s astute vision and capable leadership, the 40-year-old Department of Music is constantly moving ahead, both in the academic arena and in society. At the same time, the Department’s research quality has been advancing. In the University Grants Committee’s Research Assessment Exercise 2014, HKBU’s Department of Music ranked number one among sister institutions in terms of research projects rated as “world leading” and “internationally excellent”. As well as leading his team to conduct innovative and sophisticated research, Professor Poon has undertaken many practice-based research projects that look to test and radically advance creative practice and research in music and storytelling. Recently, he has been working on a project that involves the rediscovery and creation of modern performance adaptations of a 300-year-old Italian opera manuscript.

Shaping a unique Department of Music
Before joining HKBU, Professor Poon was a professional conductor often travelling between North America and Europe to appear in prestigious music festivals and performing at renowned concert halls including Carnegie Hall in New York and Glinka Cappella Hall in Russia. Internationally he has conducted such renowned ensembles as the Moscow State Philharmonic Orchestra, the St. Petersburg State Capella Orchestra and the Südestdeutsche Philharmonie. Professor Poon has been twice included in Who’s Who Among America’s Teachers. He was also the recipient of the Sadler & Sydney Berger Award for Outstanding Scholastic Achievement at the University of Evansville. He received the Award of Merit for Outstanding Orchestral Performance and Artistic Award for Musical Direction at the Kennedy Centre American College Theatre Festival in 1998 and 2002 respectively.

Professor Poon was determined to bring his international experiences to HKBU. He hoped that his students would dream big, avoid complacency, and strive for excellence. In his view, his biggest gain during his studies in the US was “the liberation of the mind”. In pursuit of knowledge, one should be eager to embrace new things with an open mind, learn to ask questions, challenge traditional thinking, and stay curious. Professor Poon always asks himself why he cannot do something different. His persistence and enthusiasm have therefore shaped the unique character of HKBU’s Department of Music.

Building a space for creativity
Another new challenge that Professor Poon has undertaken recently is the University’s hostel and academic building complex – the Jockey Club Campus of Creativity, currently under construction. Besides student accommodation, the building complex will provide an intellectual space, known as the Jockey Club Creative Hub, a future home base of the six interdisciplinary research laboratories and the Academy of Music. Professor Poon has been deeply involved in the project from scratch. “The building complex is expected to be completed in 2024. It is a combination of teaching, learning, and research. While academics can conduct innovative research, students enjoy their hostel life and engage in service-learning. There will be infinite possibilities!” The complex will be equipped with state-of-the-art facilities, such as a sizable experimental space for immersive arts productions called the Jockey Club White Box Experimental Space, and a scoring stage that can accommodate a full orchestra and choir. Together with other sophisticated post-production hard- and software, the first one-stop professional recording venue of its kind in Asia will come into existence at HKBU. Professor Poon expressed the view that this was an invaluable opportunity for him to participate in this campus development project and work together with a talented team. He was gratified to see that every participant in the project shares the same vision – to creative a playground for disruptive innovations and learning.

According to Professor Poon, in order to create new knowledge, providing hardware is not enough. Teachers have to instil an attitude, or the courage to innovate, in their students. Nowadays, people can easily find all sorts of good information from the internet. Therefore, the new generation must become content builders, daring to break out of their comfort zones and create content that has never been seen before. Humanities are the treasures of humankind. They capture the value of human cultures and make lives worth living. In this regard, Professor Poon deeply appreciates the vision of Hung Hin Shiu Charitable Foundation Limited and its staunch support in establishing this endowed professorship in music. It undoubtedly serves as a recognition of the contribution of the Department of Music, as well as an invaluable investment in the study of humanities at HKBU.

Forging ahead with his team
When talking about content creation and his career in music, Professor Poon regards every performance by a conductor as a process of re-creating. “When we watch a musical performance, our enjoyment comes from the musicians’ performance instead of from the music script alone. Therefore, every performance is a brand new experience.” In an orchestra, members may have their own interpretation of the work, and it is a conductor’s job to persuade every member to share his vision and play the music together. This is never easy, so Professor Poon said that he is just like a salesman, constantly persuading people to be on the same track. Being the leader of the six research labs, Professor Poon also works like a conductor, leading his team of scholars from different academic backgrounds to participate in research projects. Besides assisting the University in bringing in new talents, I need to motivate existing faculty members and engage them in building the labs together.”

Looking ahead, Professor Poon reckoned that the mode of learning of the future generations will be very different from ours. As a result, he and his team set their eyes on the future, no matter whether it is to launch a research project, design a curriculum, or acquire a new facility for the University. Together they would like to build an environment that is conducive to increasing the breadth and depth of our intellectual community. Moreover, research projects should not only satisfy researchers’ curiosity, but also be applicable for use and have societal impact. In Professor Poon’s words, promoting innovation and technology relies on the concerted effort of a team, instead of simply that of an individual. 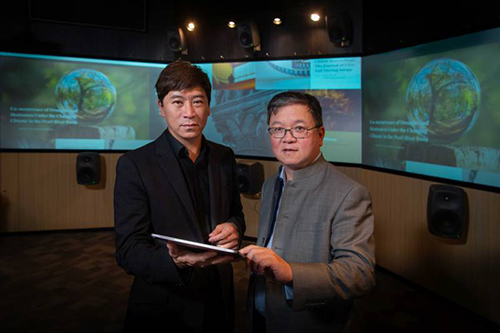 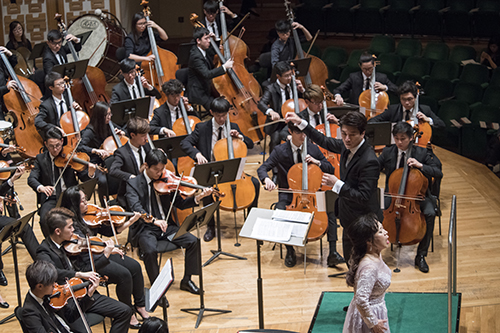 Professor Poon has brought his international experiences to HKBU. He always performs on stage alongside with his students 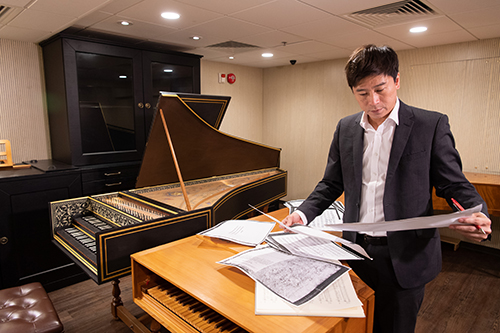 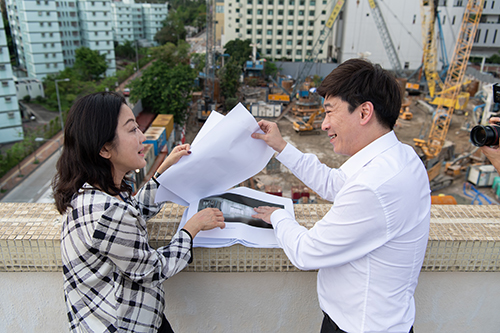 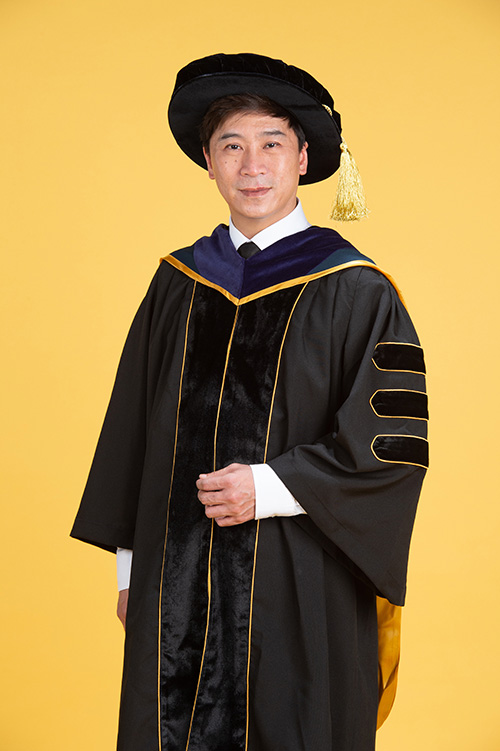