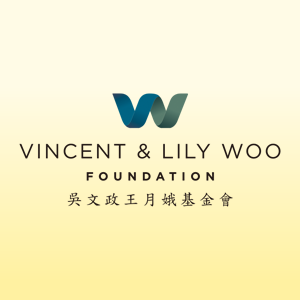 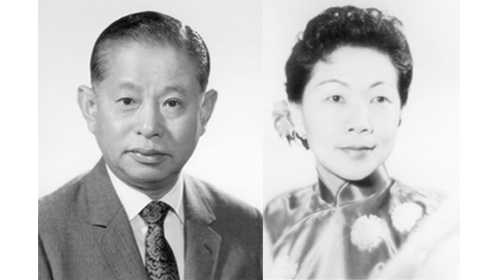 “Since its founding in 1999, HKBU's School of Chinese Medicine has been developing various platforms to conduct innovative research, engaging experts in the testing, authentication and standardisation of Chinese medicine, contributing to the improvement of public health and the well-being of mankind. I hope this first-ever associate professorship endowment at HKBU and the continuous support from our Foundation will help advance the development and internationalisation of Chinese medicine, to elevate its status in modern medicine.”

The late Mr. Vincent V.C. Woo was a prominent textile industrialist in Hong Kong. He contributed tremendously to the territory's economic development. Mr. Woo was born in Qiaoqi village of Jiangyin, Jiangsu Province. At the age of 19, he went to Shanghai and apprenticed at a large textile mill where he developed a strong interest in the textile business. Subsequently, he established his own factory in the 1930s. Due to his business acumen and perseverance, it grew steadfastly.

Mr. Woo together with his wife Lily and their two sons moved to Hong Kong in 1949. He built his textile business from scratch again. In 1953, he founded Central Textiles (HK) Limited and two years later became founding Chairman of the Federation of Hong Kong Cotton Weavers. Also, he served twice as Chairman of the Hong Kong Cotton Spinners Association and was a strong advocate of adopting new technology and modern practices in the industry.

A dedicated philanthropist, Mr. Woo set up scholarships for both local and Mainland China students. He was a founding board member of the Cotton Spinners Association Secondary School, and he was one of the early major funders of the Community Chest of Hong Kong. Having served on the board of the Tung Wah Group of Hospitals, Yan Chai Hospital and Po Leung Kuk, he was also Director of New Asia College, Kiangsu-Chekiang College, and Kiangsu & Chekiang Primary School. In 1970, Mr. Woo was appointed Justice of the Peace. Mrs. Lily Woo, a stalwart supporter of her husband, also devoted herself to community services. She was at one time Director of Po Leung Kuk.

Ms. Alice Woo, daughter of Mr. and Mrs. Woo, has long followed her father's guiding principle: "What you gain from society, you must give back for the benefit of society." Besides the Vincent and Lily Woo Trust set up by the Woo family, she founded the Vincent V.C. Woo Memorial Foundation and the Vincent and Lily Woo Foundation, giving generous support to the development of education in Mainland China, Hong Kong and the United States. In addition, she had been a Director of the 1990 Institute and was actively involved in the development of America China Exchange, an education exchange programme with Jiangsu province. In 2009, Ms. Woo received the Education Award from the Wuxi Education Bureau in recognition of her accomplishments.

Recently, her Foundation generously supported a collaborative research project conducted by Hong Kong Baptist University's School of Chinese Medicine and Cornell University's School of Human Ecology, titled "East Meets West: A Revolutionised Nanotechnology Approach to Modernise the Delivery of Chinese Medicine for Vast Improved Cancer Therapeutic Efficacy", which aims to enhance the therapeutic efficacy of Chinese medicine while reducing its side effects in treatment of cancers through a novel drug delivery pathway.