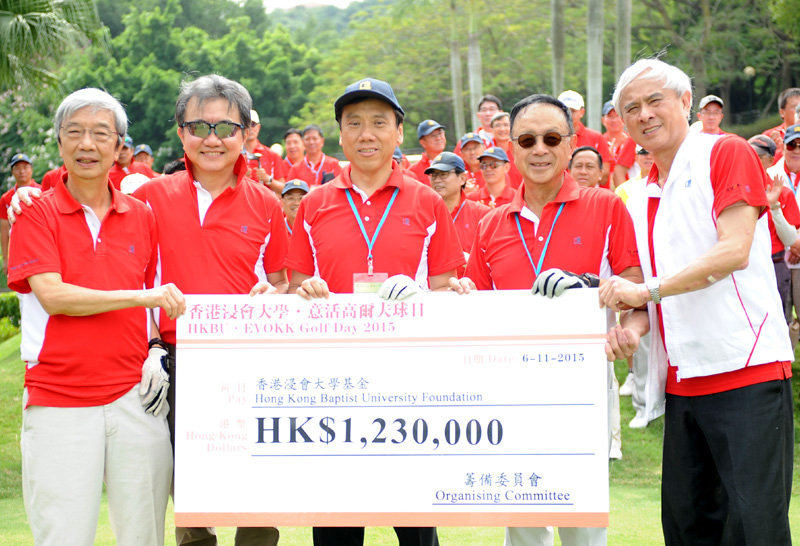 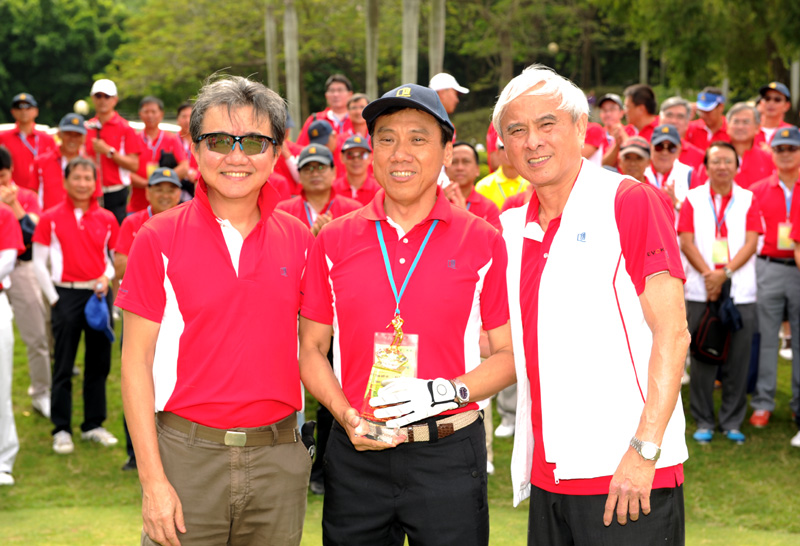 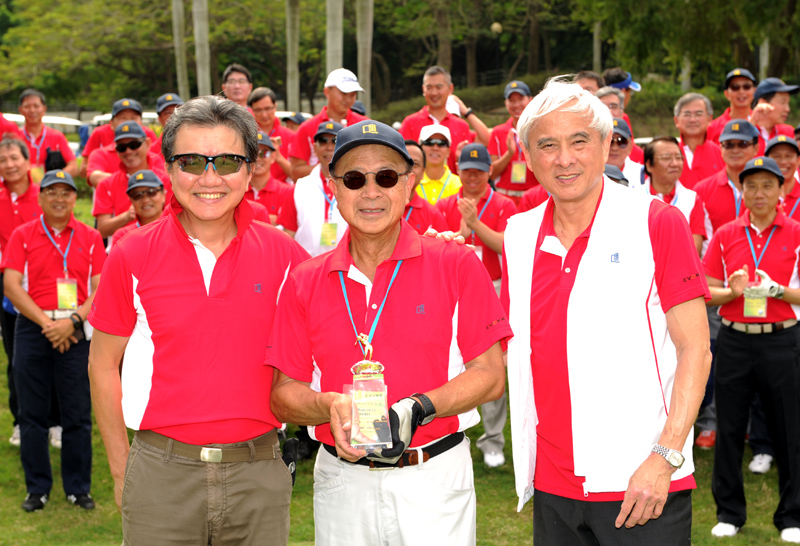 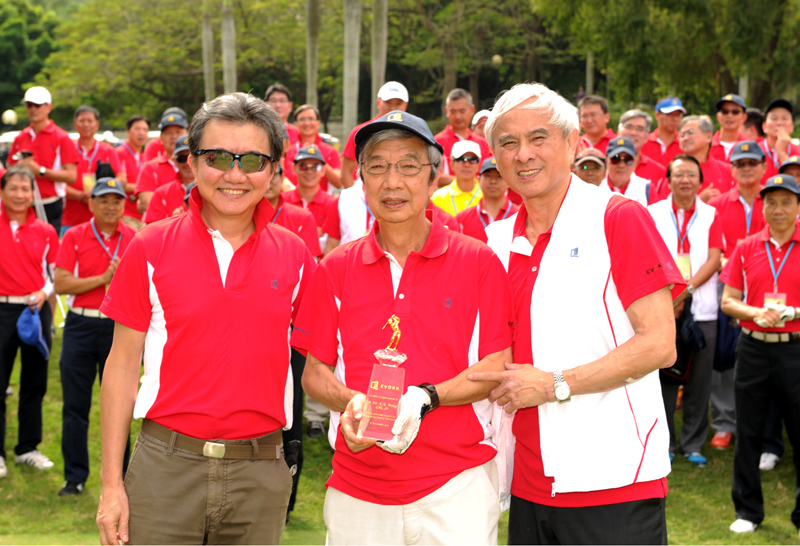 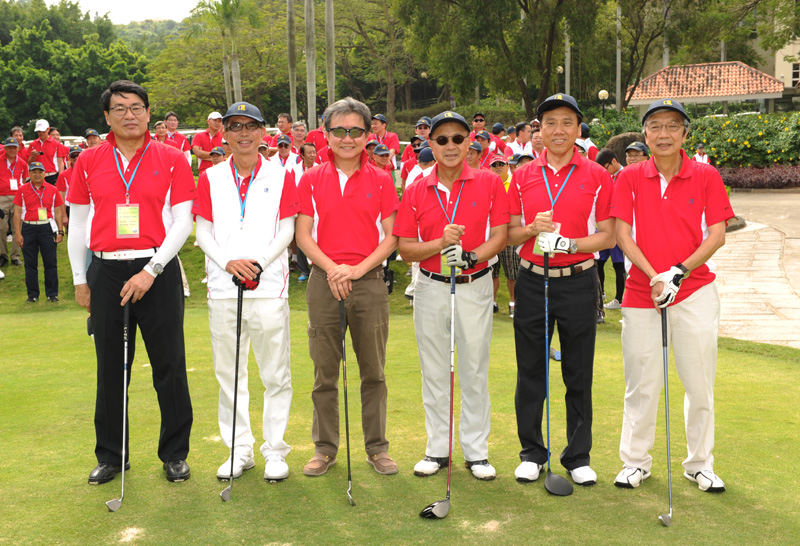 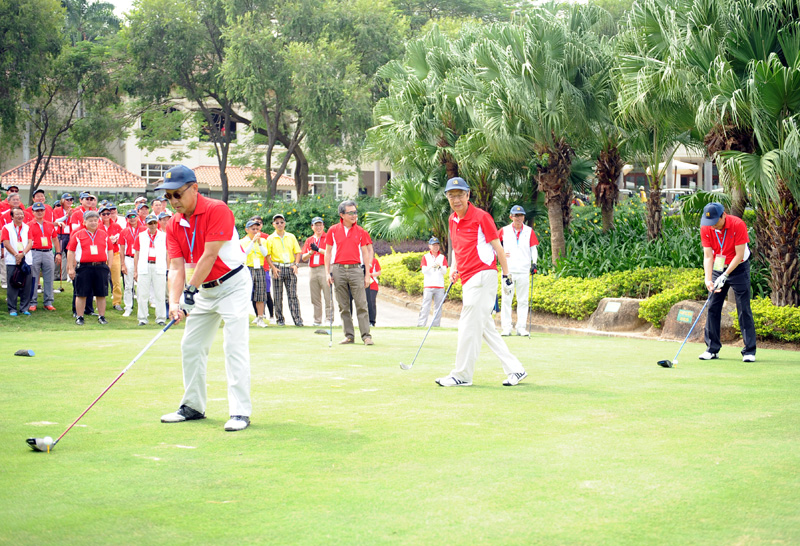 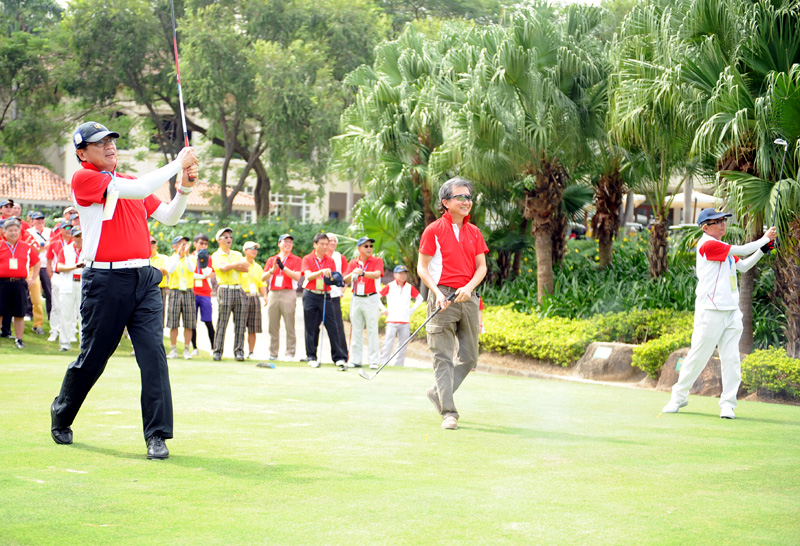 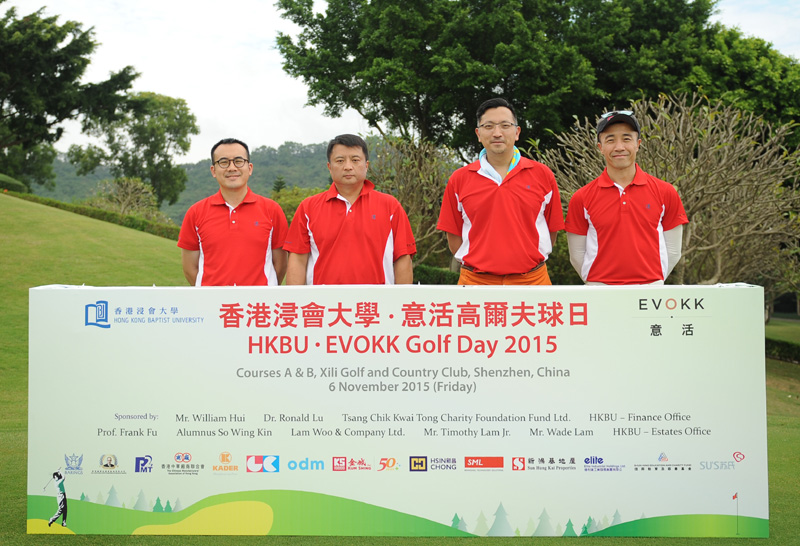 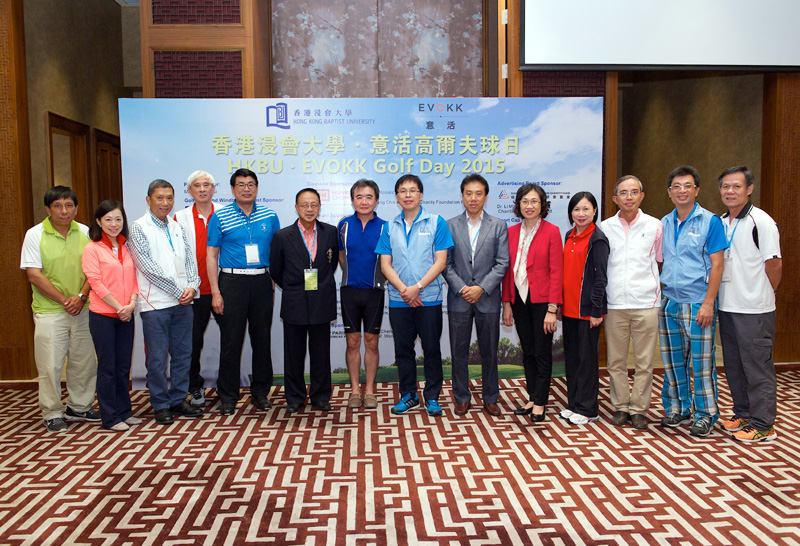 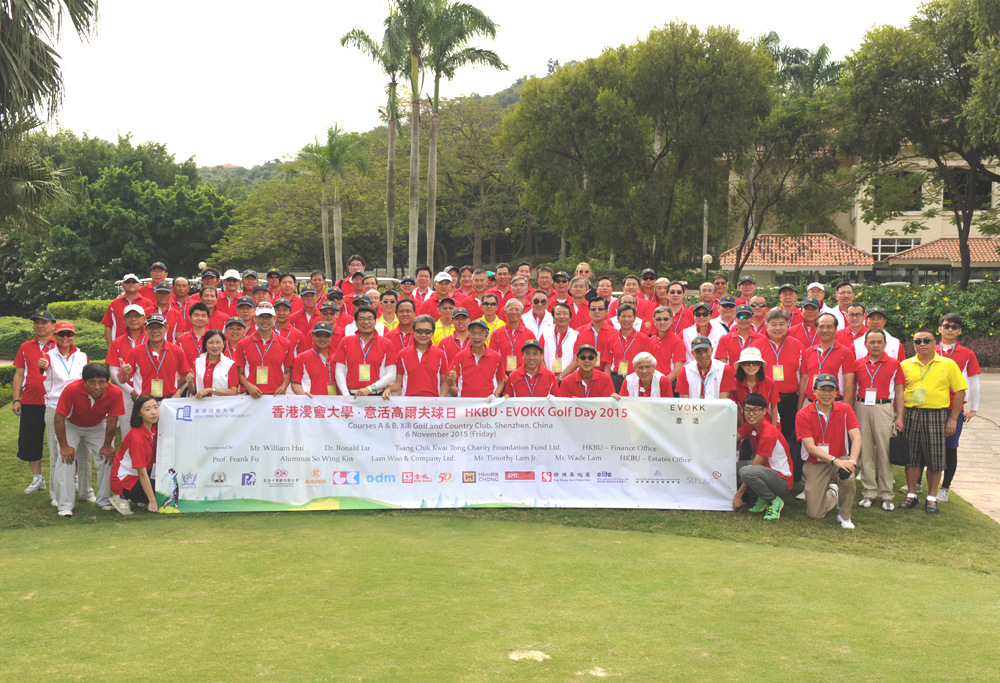 The HKBU ‧ EVOKK Golf Day 2015 was held with great success on 6 November 2015 at the Xili Golf and Country Club in Shenzhen, China for the first time.  It attracted 160 participants including 123 golf-lovers who formed 32 teams to take part in the tournament.  The event successfully raised HK$1.23 million for the University’s long-term development.  As one of the major fundraising and fellowship events, the annual Golf Day has raised an aggregate amount of HK$12 million since 2004.

To encourage the contestants to challenge themselves in the tournament, several individual prizes were newly added this year, including Best Gross, Most Gross Birdies and Most Gross Pars.  The many fun moments at the Golf Day were captured in the newspaper supplements published in Hong Kong Economic Times and Sing Tao Daily on 13 November 2015.