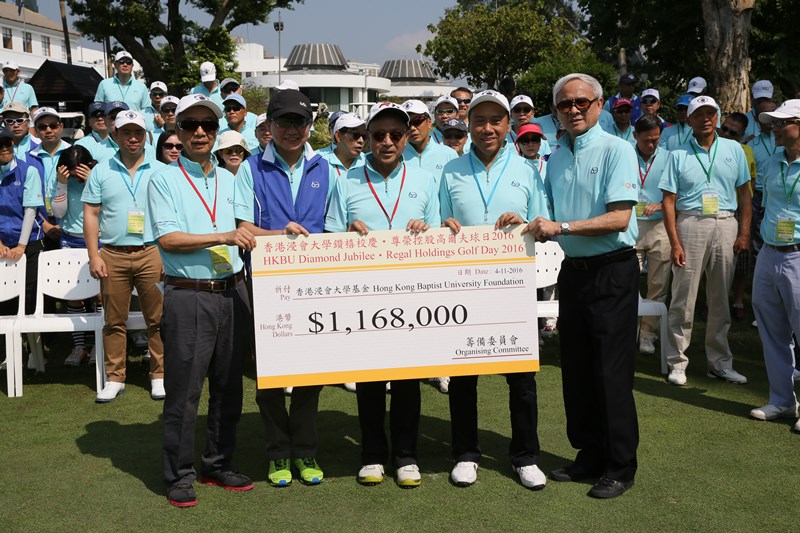 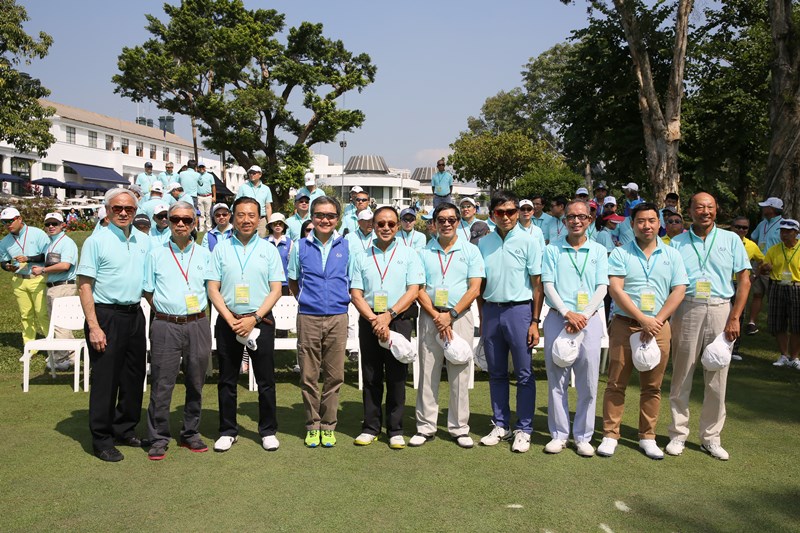 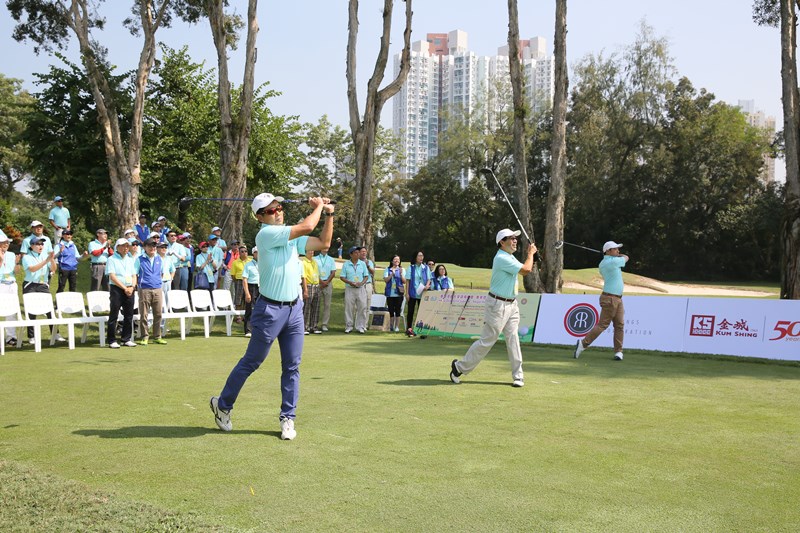 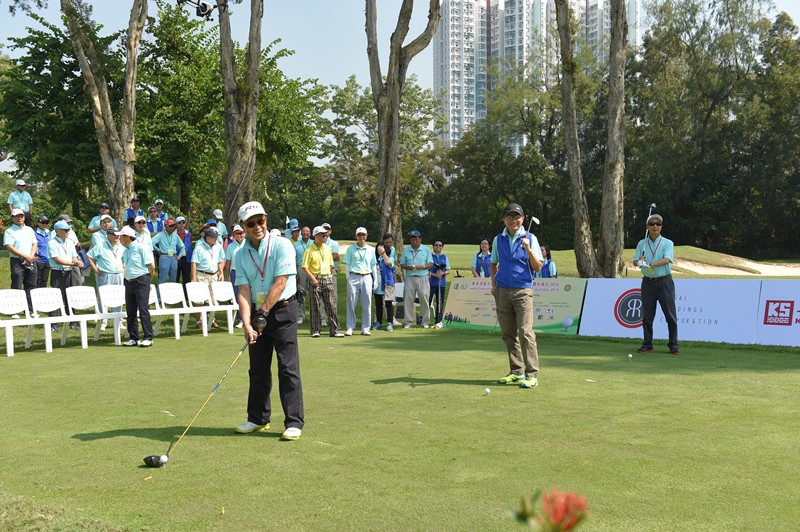 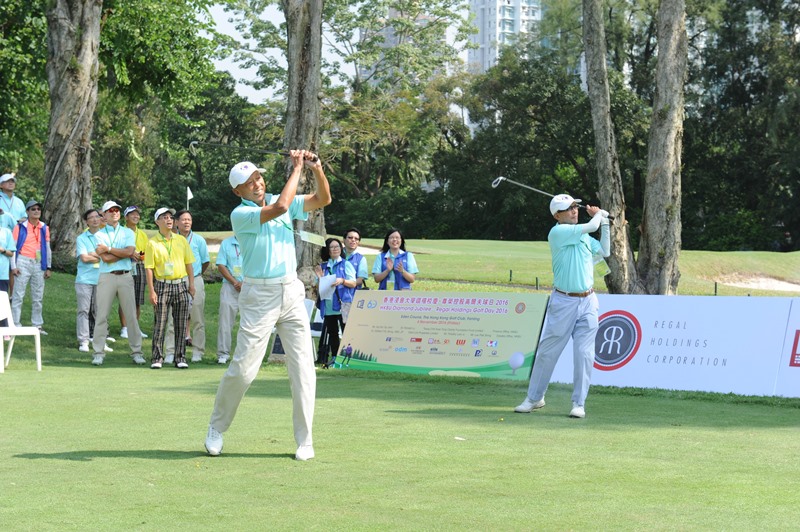 Ceremonial Tee-off by (from left) Mr. Norman Wu and Mr. So Wing Kin 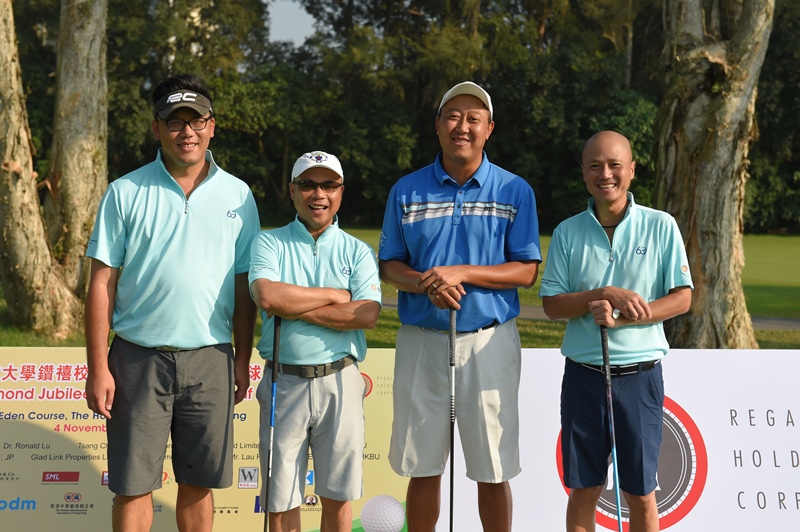 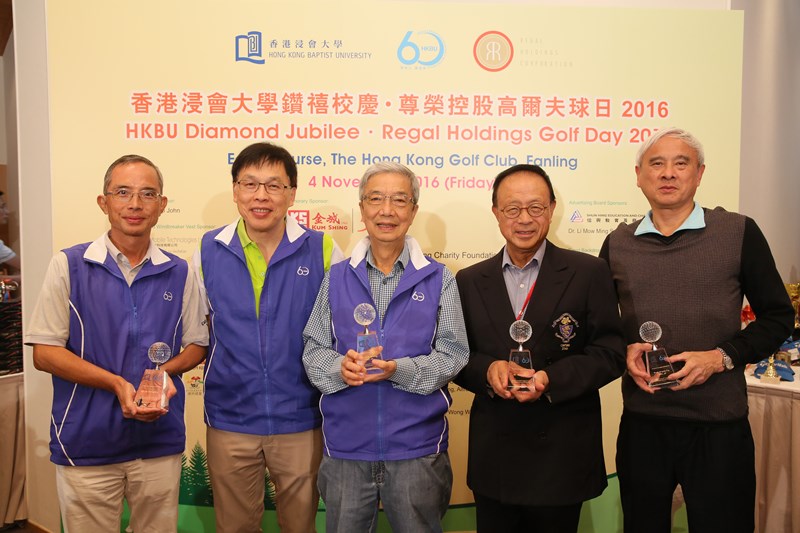 Prof. Rick Wong (second from left) presented souvenirs to sponsors who have supported the Golf Day for over ten years 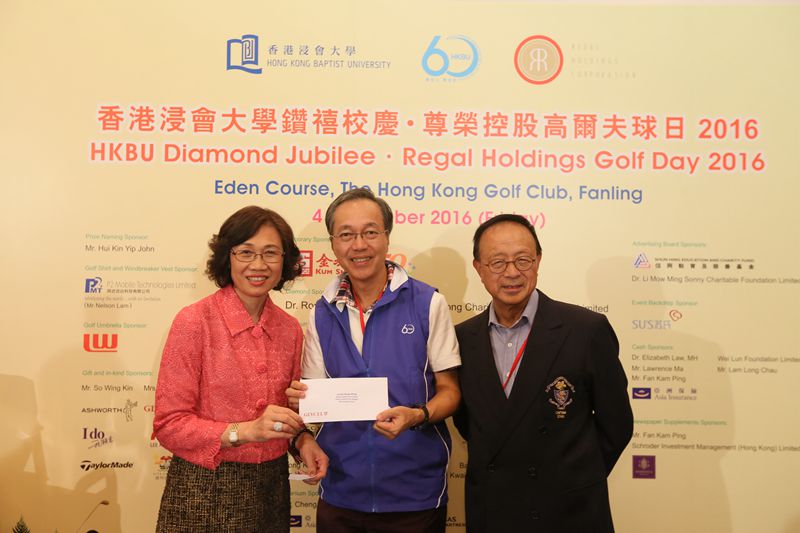 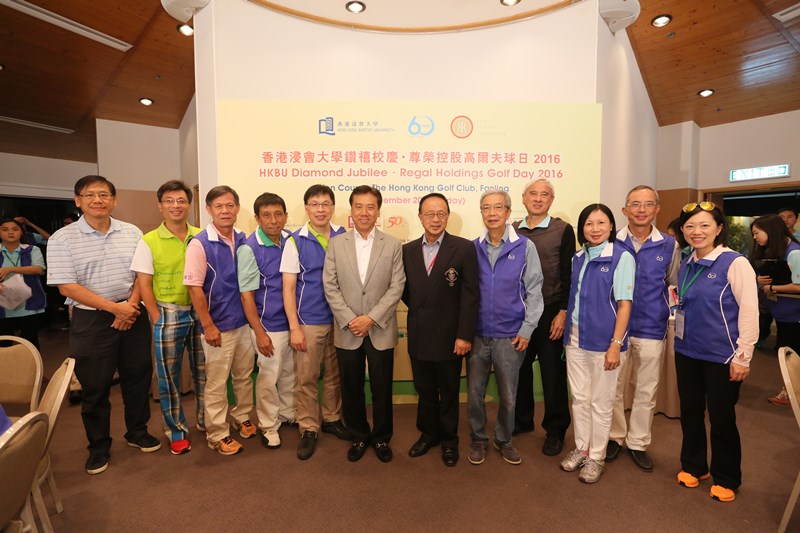 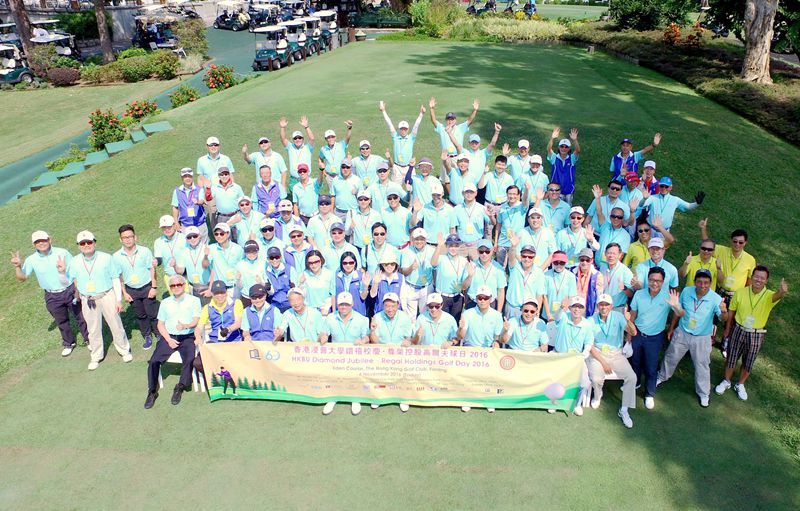 As one of the signature events to celebrate the University’s 60th anniversary, the HKBU Diamond Jubilee．Regal Holdings Golf Day 2016 was held with great success on 4 November 2016 at the Eden Course of The Hong Kong Golf Club in Fanling. This is the 13th successive year that HKBU has organised the Golf Day. The event successfully raised HK$1,168,000 for the University’s long-term development.  Being one of the major fundraising and fellowship events, the annual Golf Day has raised an aggregate amount of over HK$13 million since 2004. This year attracted 168 participants including 129 golf-lovers who formed 33 teams to compete for 22 awards. As a token of appreciation, souvenirs were presented to sponsors who have provided support for the Golf Day for over ten years.

After rounds of keen competitions, a dinner cum prize presentation ceremony was held. In his address, Professor Frank Fu, MH, JP, Associate Vice-President and Secretary-General of the HKBU Foundation, expressed his heartfelt appreciation to Mr. Allan Kwong, Chairman and Chief Executive Officer of Regal Holdings Corporation, for being the Title Sponsor of the event for 7 years and all other sponsors for their tremendous support. He also thanked members of the Organising Committee for their invaluable advice which facilitated the smooth running of the event. Apart from the delicious food, dozens of winners were drawn to receive fabulous prizes during the Lucky Draw session.

To make the event even more interesting, a new prize “Best Ball-Retaining Team” was introduced this year. The many fun moments at the Golf Day were captured in the newspaper supplements published in Hong Kong Economic Times and Sing Tao Daily on 11 November 2016.