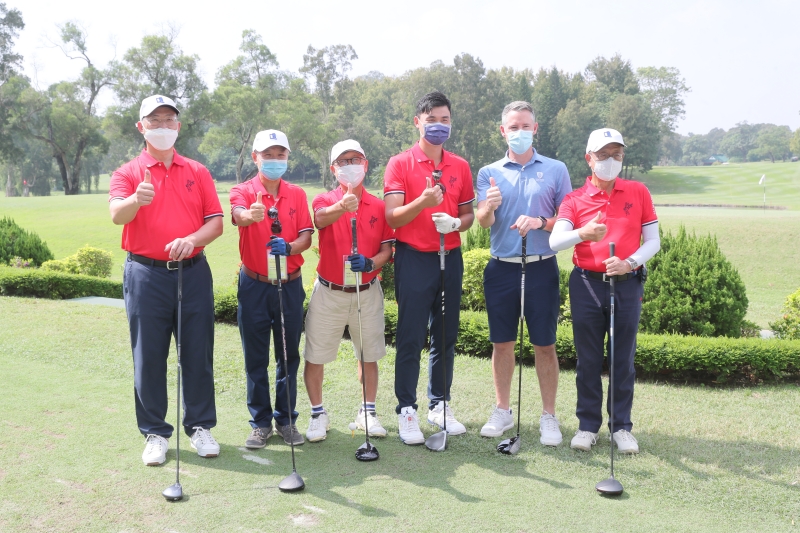 Officiating guests posed for a photo at the ceremonial tee-off 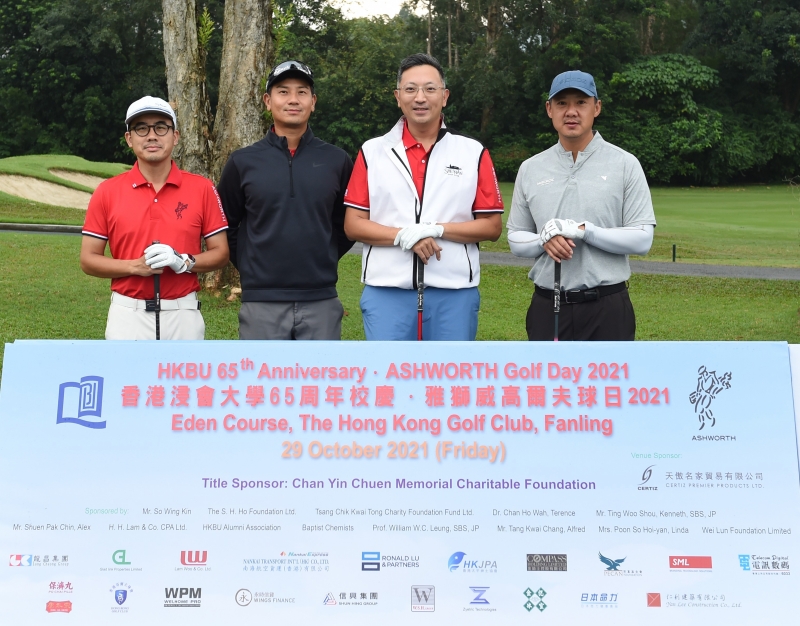 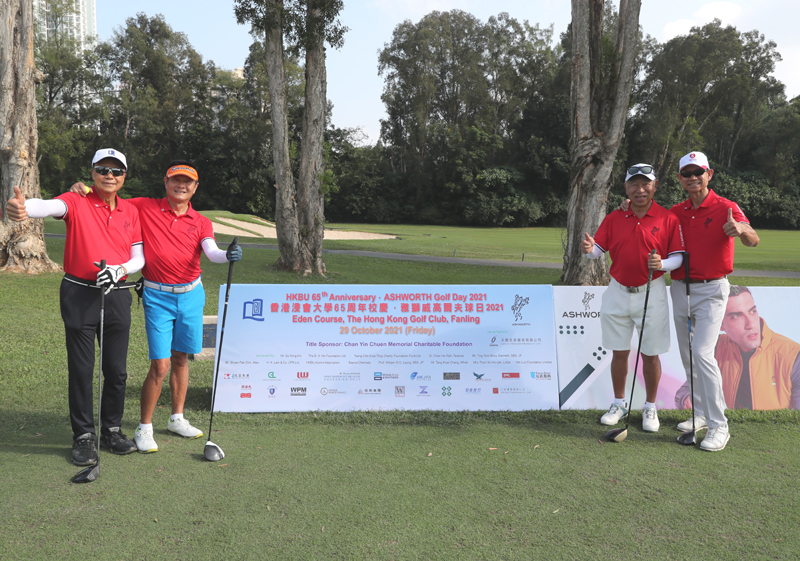 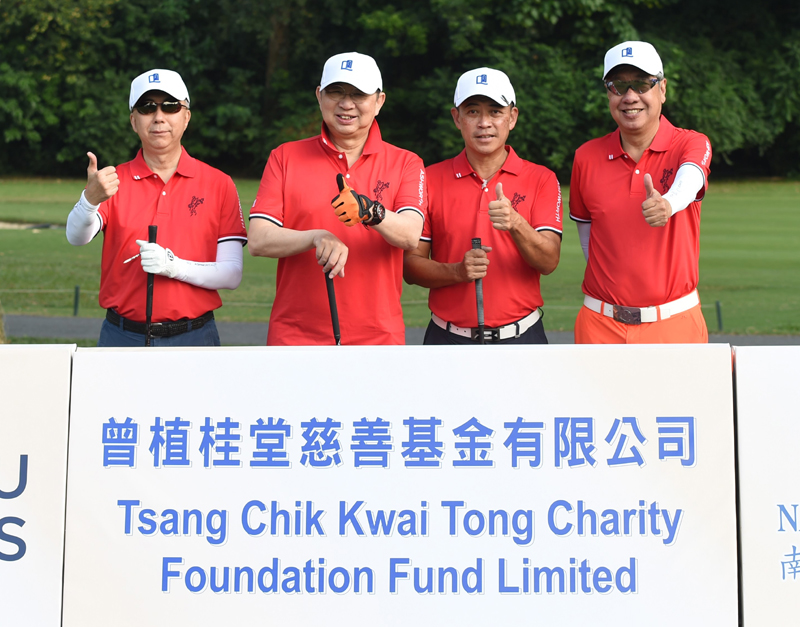 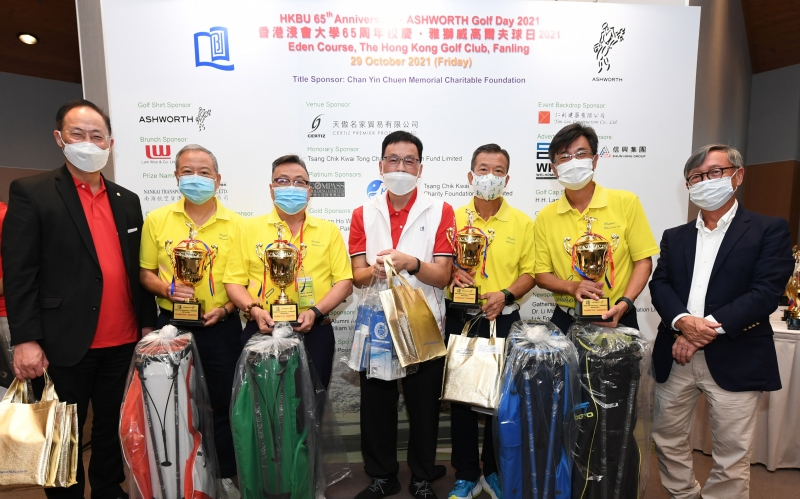 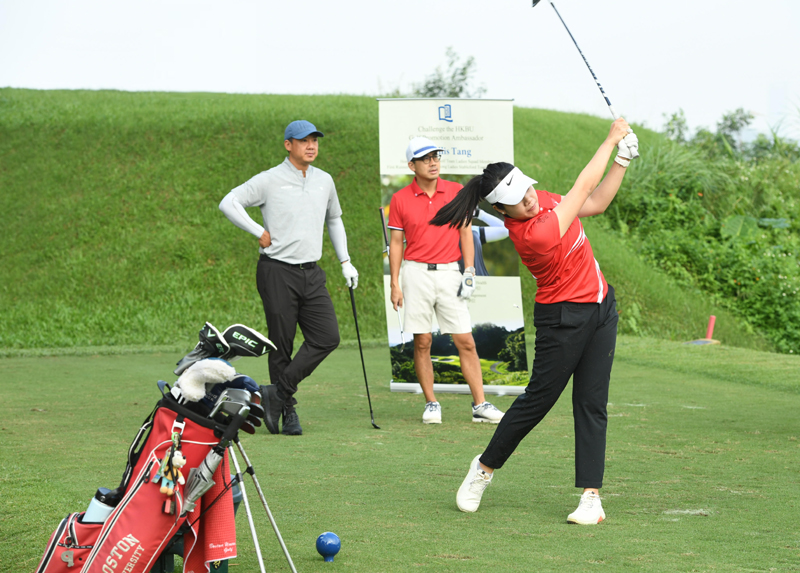 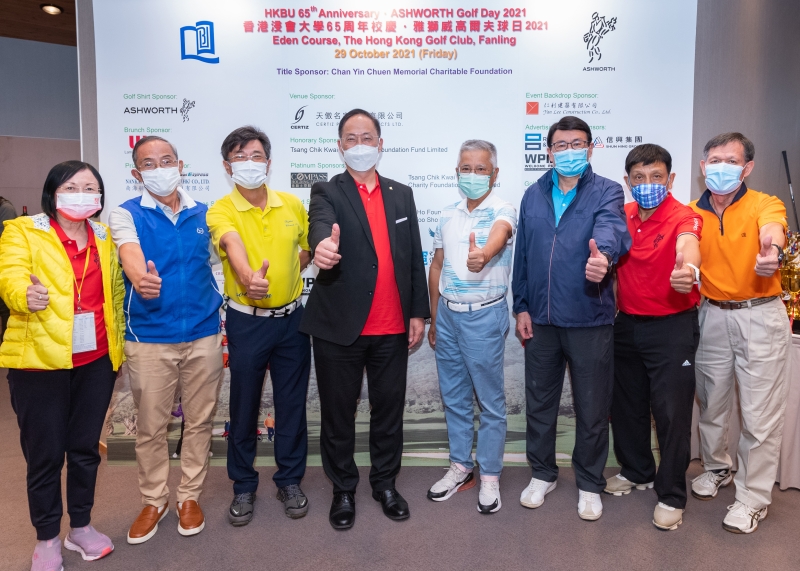 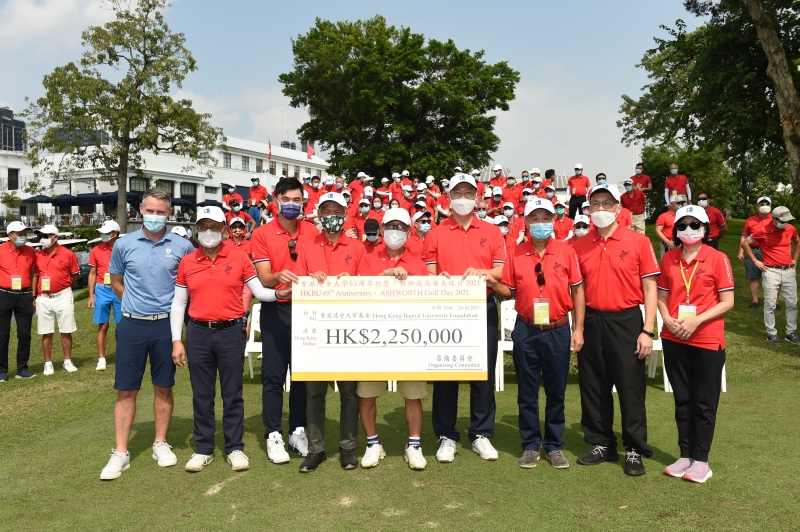 
The HKBU 65th Anniversary．ASHWORTH Golf Day 2021 was held with great success on 29 October 2021 at the Eden Course of The Hong Kong Golf Club in Fanling. The event has been sponsored by the Chan Yin Chuen Memorial Charitable Foundation through the clothing brand ASHWORTH for the past two years. ASHWORTH also sponsored the event’s golf shirts.

The event attracted over 200 participants including 161 golf-lovers who formed 41 teams to take part in the tournament. A total of HK$2.3 million was successfully raised for the HKBU Foundation in support of the University’s strategic development, particularly the six interdisciplinary research laboratories, Project SEED (Student Engagement, Enrichment and Development), as well as the provision of scholarships for needy students to pursue further studies or to participate in overseas exchange activities. As one of the major fundraising and fellowship events, the annual Golf Day has raised an aggregate amount of HK$22.5 million in the past 18 years. As a token of appreciation, souvenirs were presented to HKBU Accounting Alumni and Dr. Lobo Louie in recognition of their staunch support for the Golf Day for 10 years.

To secure more resources for the University, a charity auction of fine red wines was held this year. The fun-filled moments at the Golf Day would be captured in the newspaper supplements published in Hong Kong Economic Times and Sing Tao Daily on 5 November 2021.