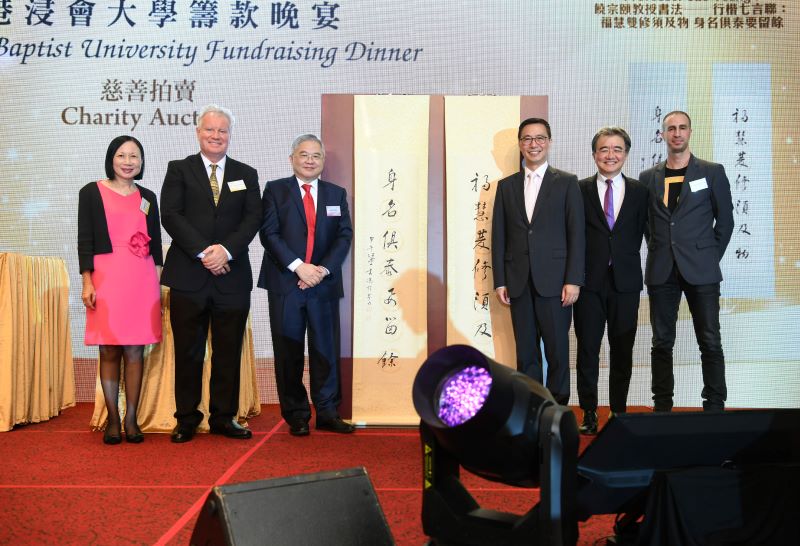 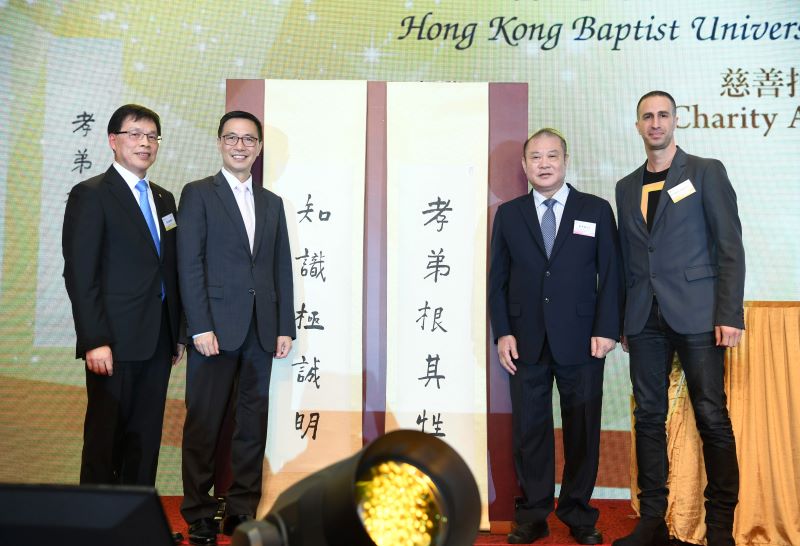 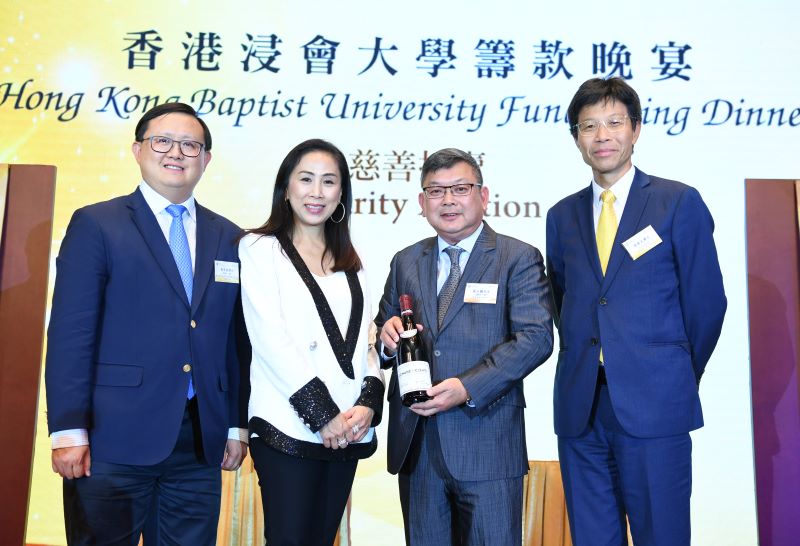 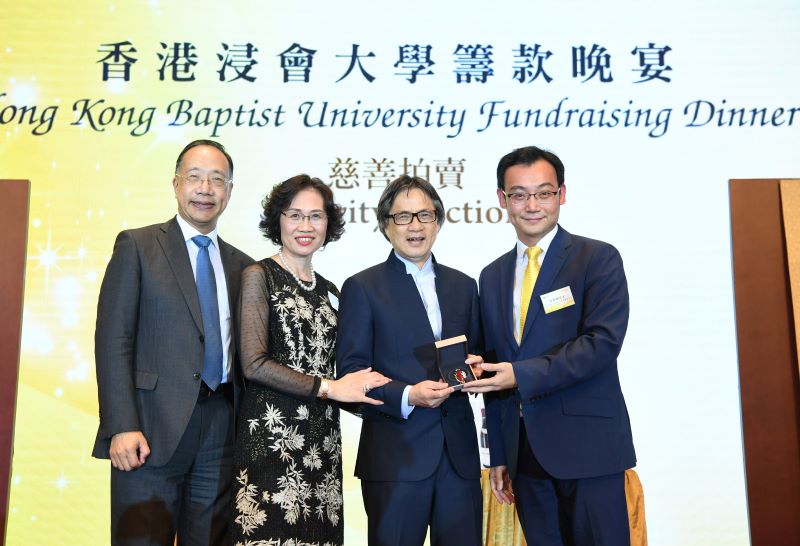 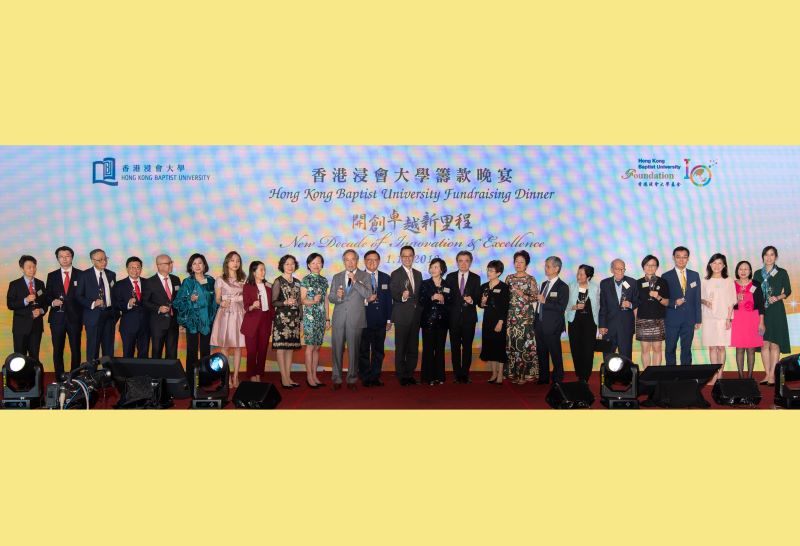 During the fundraising dinner organised by the HKBU Foundation at InterContinental Hong Kong on 1 November 2019, over HK$3 million has been raised at a live auction to support multiple initiatives set out in the University’s Strategic Plan 2018-28.

Hosted by Alumni Eric Ng and Caca Lam, the live auction received an enthusiastic response and all four items with starting prices ranging from HK$50,000 to HK$200,000 were auctioned off. With respective bids of HK$1.5 million and HK$1.3 million, Mr. Dickson Shang and Mr. Cheng Chak Kuen won the “Seven-character Couplet in Running-regular Script” and “Five-character Couplet in Regular Script”, both written and sponsored by the late Professor the Hon. Jao Tsung-i, GBM. Mr. Stanley Yim, BBS, JP, won a bottle of deluxe wine, which was sponsored by Dr. Kennedy Wong, BBS, JP, with a bid of HK$350,000. Dr. Simon Suen, BBS, JP, successfully bid HK$200,000 for a coral diamond brooch sponsored by Mr. Kevin Ng.

Success of the live auction was made possible by the generous support of both the sponsors and bidders of the auction items. All the proceeds will be designated to support the University’s strategic development.