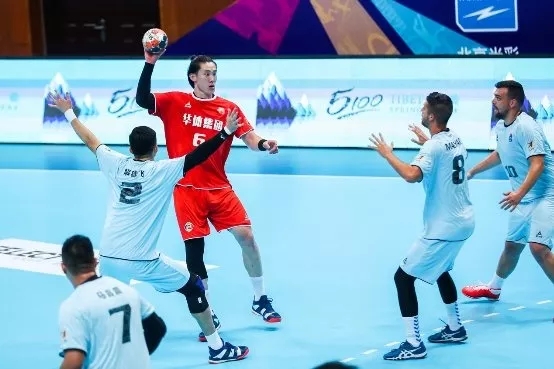 In 2019, Tibet 5100 glacial water was designated as the official drinking water for the “Chinese Men’s Handball Super League” 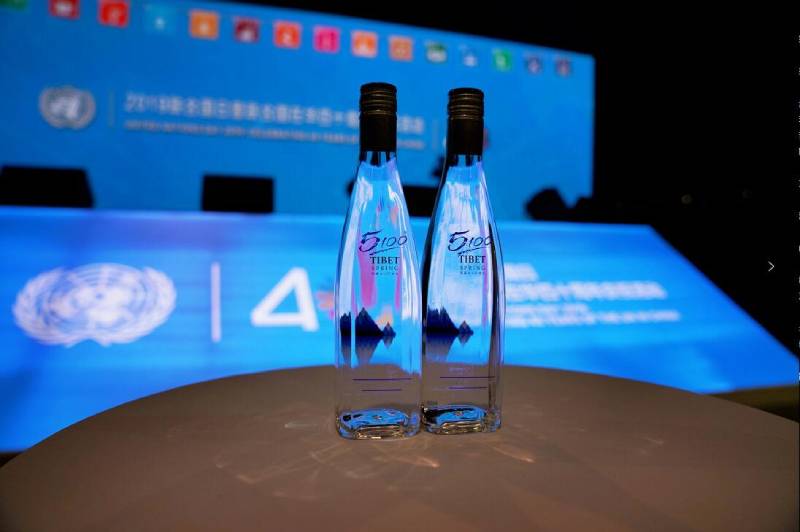 The United Nations Day 2019: Celebrating 40 years of the UN in China was held in Beijing. Tibet 5100 was the event’s official water 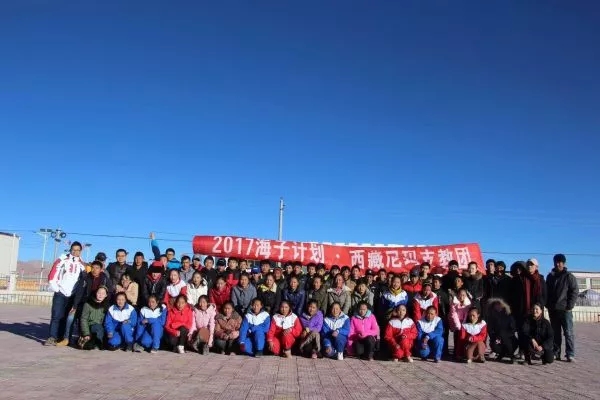 Tibet 5100 has been eager to support social service in Tibet. Working together with the Samaranch Foundation, Tibet 5100 provided free homework tutorial service for secondary school students 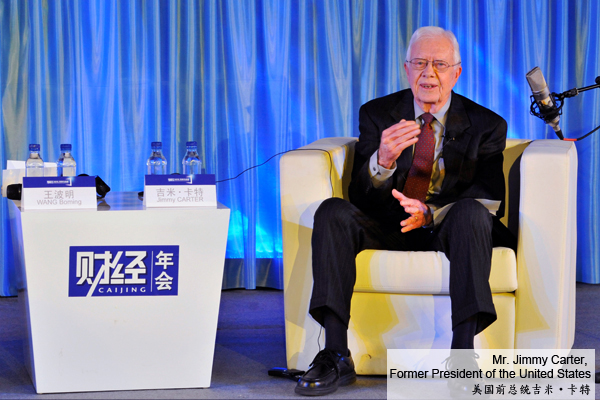 Tibet 5100 has shown its presence in various global functions 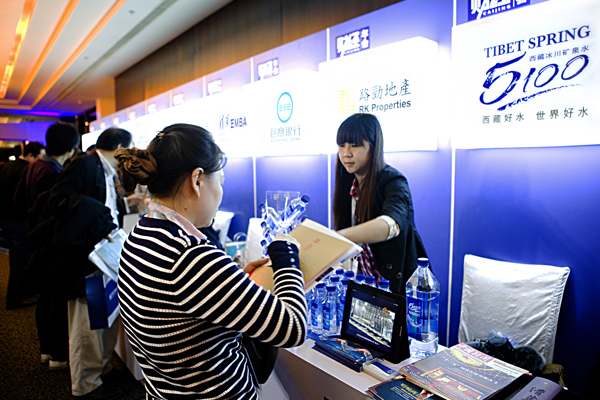 Autumn, a perfect season for enjoying an outdoor activity. It is also the time of year when the University holds its signature annual event – the HKBU Golf Day. Every November, members of the wider HKBU community gather in the autumn breezes to have a grand time playing golf together. This year, we are delighted to have Tibet Water Resources Ltd. as the title sponsor of the HKBU Golf Day. Taking advantage of this opportunity, we conducted an interview with Mr. Jesper Bjoern Madsen, Chairman of the Tibet Water Resources Ltd. to talk about the HKBU Golf Day and his company’s product -- premium glacial spring water.

Premium water ideal for a premium event
The first HKBU Golf Day was held in 2004. Apart from raising funds for the HKBU Foundation in support of the University's institutional advancement, the event offers a valuable opportunity to HKBU supporters, alumni, staff, students and community leaders to meet old friends and make new acquaintances. A major fundraising and fellowship event, this annual contest has raised an aggregate amount of more than HK$18 million, and since 2017, Tibet Water Resources Ltd. has been the title sponsor. What has attracted the company to sponsor the event for three consecutive years?

“It is not the first time we cooperate with a sports event or organisation. In 2015, we sponsored the Mission Hills World Celebrity Pro-am Tournament; in 2017, we signed a partnership agreement with the Liverpool Football Club and became its Official Regional Water Partner in China. Water and sports are closely associated. As we are a provider of high-end bottled water, it is natural for us to sponsor sports events,” Mr. Madsen explained. “Also, in Asia, golf has been viewed as a premium sport. This perception matches perfectly with our product’s position in the market.” He added that in deciding whether to sponsor a particular sports event, in addition to the event’s nature, his company also considers who the organiser is, “Beyond doubt, HKBU has considerable standing in society that is worthy of our trust.” Through this sponsorship, Mr. Madsen expects that participants in the HKBU Golf Day will become more aware of his brand.

At an altitude of 5100 metres
Established in 2005, Tibet Water Resources Ltd. upholds the mission of offering customers the best water in the world and delivering a natural, healthy and superior drinking experience. Its product, Tibet 5100 glacial spring water, is sourced from a spring in the Nyenchen Tanglha Mountains, 120 kilometres north of Tibet’s capital Lhasa. The brand is known as Tibet 5100 after the height of the water source, which is 5100 metres above sea level. Targeted at the high-end market, Tibet 5100 cooperates with China Railway Express, China Post and FedEx to build a comprehensive logistics network that covers almost all of China.

With a specific market position, Tibet 5100 stands out among numerous other premium water brands and has grown into a leading producer of top-quality bottled water in China, taking about 25% of the market. Apart from supermarkets, Tibet 5100 has made its entry into restaurants, clubs, golf courses, duty-free shops and airports. What unique features does Tibet 5100 have that outshine its rivals?

“I believe Tibet 5100 has an obvious advantage – its water source is in Tibet,” Mr. Madsen replied. “A clear blue sky, snow-capped mountains, stunning glaciers… this is the picture that comes to people’s mind whenever Tibet is mentioned. It is a perfect image for water. Consumers can easily associate our products with purity and freshness.” Nevertheless, aside from the stunningly scenic image, it is the quality of the water source that remains a crucial factor in the success of Tibet 5100. Mr. Madsen indicated that the company has implemented a series of measures to protect the water source from pollution. To ensure that the flow of this precious spring water is sustainable, only 2% of the annual flow is taken, well below the limit set by the local government.

Because of Tibet 5100’s premium quality, the company can rely on word of mouth recommendations instead of depending heavily on advertising when promoting its products. In addition, its factory in Tibet is equipped with the most advanced and eco-friendly production lines. No wonder, then, that Tibet 5100 has garnered internationally recognised awards in recent years. For instance, in 2013 Tibet 5100 Natural Glacial Mineral Water won the world’s No.1 Water Award at the Global Bottled Water Congress in Nashville, USA. In 2014, Tibet 5100’s new Diamond Series Packaging won the world’s Best Packaged Water Award at the BrauBeviale trade fair in Nuremberg, Germany.

Putting the brand on the map
After gaining a foothold in the Mainland market, Tibet 5100 was introduced into Hong Kong in 2016. The brand is now available in almost every convenience store and supermarket in the territory. Mr. Madsen expressed his view that it is now time for Tibet 5100 to expand its presence outside China, “We would like to put Tibet 5100 on the map, inviting people from the world to enjoy the best water from Tibet.” So what a coincidence it is that HKBU and Tibet Water Resources Ltd. share the same thoughts of going international. As set out in its Institutional Strategic Plan 2018-2028, HKBU seeks to enlarge the University’s international profile and contribution so that its name becomes synonymous with the very best there is in liberal arts education.

Mr. Madsen also wishes that through his company, people can view Tibet from a new perspective. “Tibet is famous for its culture, the Potala Palace, the Jokhang Temple, and the Tashi Lhunpo Monastery. Tourism is its major economy activity. One can hardly refer to any manufactured goods coming from this place. But now we are able to tell everyone in the world that Tibet has produced a premium glacial spring water.” Tibet Water Resources Ltd. listed on the Stock Exchange of Hong Kong in 2011, becoming the first premium mineral water brand in China as well as the first Tibetan company to do so.

Trust and empower your team
Mr. Madsen, who is from Denmark, has developed his career in the Asia-Pacific region. A veteran of the global beverage industry, he has worked for several internationally famous brands. “I like Asia. To me, Asia is vibrant, energetic and fascinating. China is also a very interesting country. It has a rich history and dynamic culture.”

Asked what his key to success is, Mr. Madsen summarised his answer in one sentence, “Know your limitations and get all the people who can do what you don’t do to help you.” He explained that everyone has their own strengths and weaknesses, adding that micromanagement can only leads to disaster. “The fact that no one can do everything on their own leads to the existence of a team. Therefore, as a senior manager, the most important thing you need to do is to hire the right persons. Moreover, you have to trust your team, empowering them with the needed authority,” he elaborated. “In addition, given that teamwork is critical to a project, you must be humble and behave decently.”

Mr. Madsen’s long-time colleague, Mr. Sunny Wong, Chief Consultant of Tibet Water Resources Ltd. and Chairman of the HKBU Foundation’s Alumni Committee, once shared with us that Mr. Madsen is always willing to let his colleagues do things in their own way, while during times of crisis he will lead from the front and take the responsibility no matter what the challenges or complaints are. With Mr. Madsen’s able leadership, we are confident that Tibet Water Resources Ltd. will scale new heights in the foreseeable future.