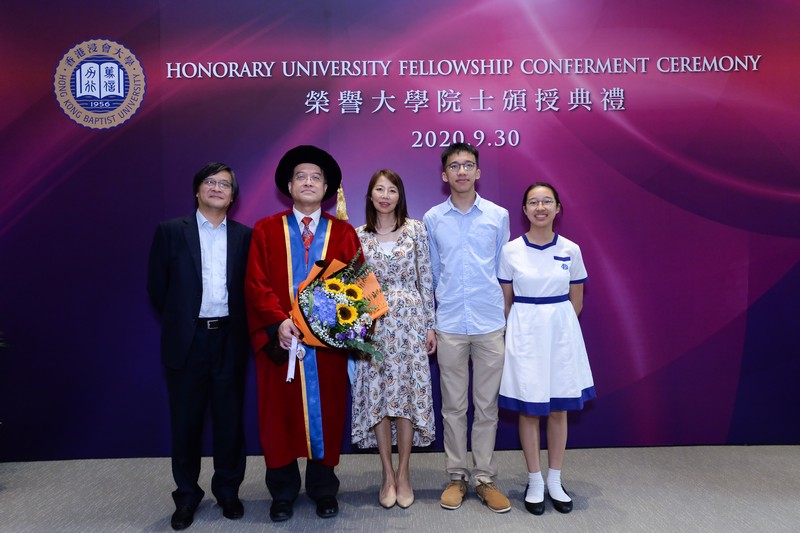 Mr. Kenneth Kwok posed for a photo with his family 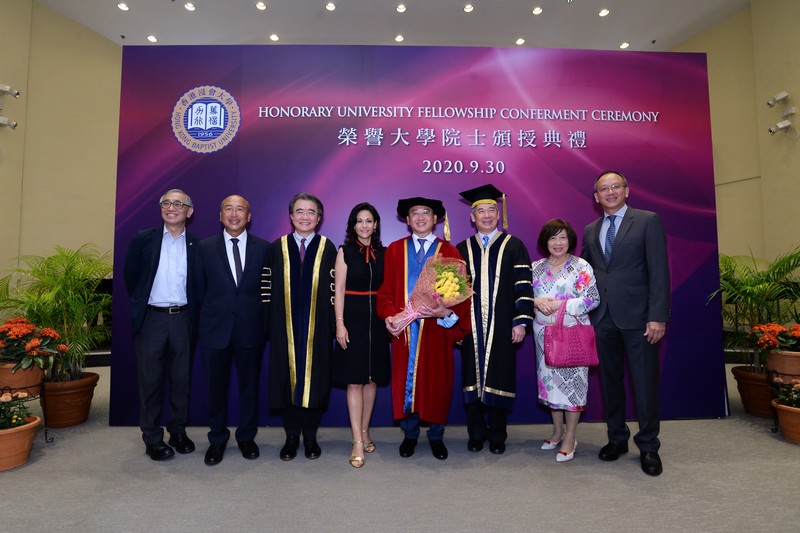 Mr. David Lee and his family and friends 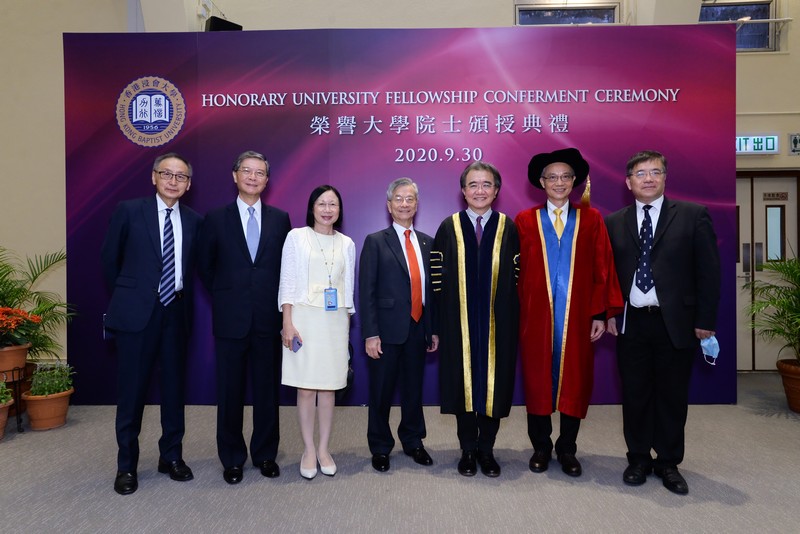 Dr. Eddie Ho’s friends and HKBU representatives extended their warmest congratulations to him 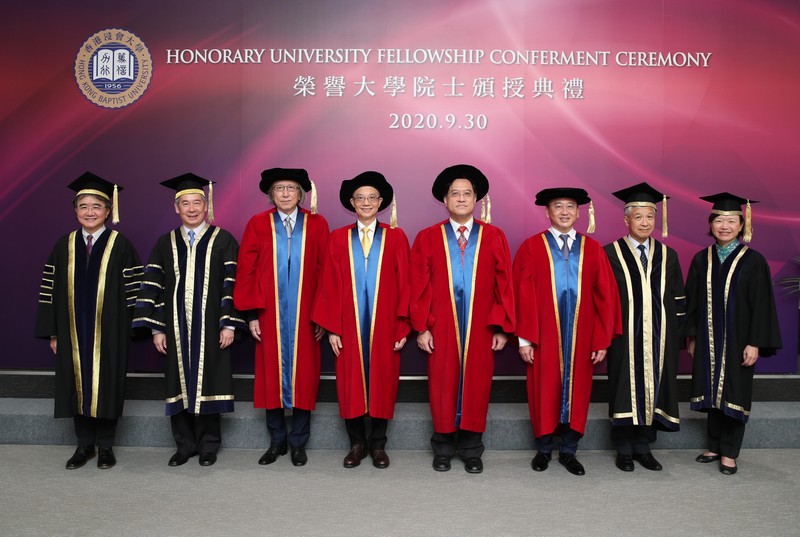 The seven recipients are:

Speaking at the Ceremony, Professor Roland T. Chin, President and Vice-Chancellor, acknowledged the seven Honorary University Fellowship recipients as models of excellence who are innovators, pioneers and leaders in their professions.