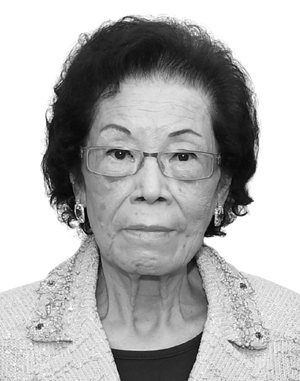 The HKBU Foundation records with deepest sorrow the passing of Mrs. Lo Hui Kit San, donor of HKBU, on 5 October 2020. She was 92 years old.

Mrs. Lo Hui Kit San and her family had been dedicated to supporting various charitable initiatives with a focus on education. Over the years, they have contributed to many charitable projects both on the Mainland and in Hong Kong, thereby earning a reputation as passionate philanthropists. Mrs. Lo Hui Kit San, together with her late husband Mr. Lo Siu Tong and her family, who concurred with the University’s motto “Faith and Perseverance”, donated HK$100 million in 2019 in support of the University’s strategic development, particularly the construction of the new Campus of Creativity that combines student hostels and state-of-the-art research and teaching facilities. Her son Mr. Francis Law, Honorary University Fellow and Honorary Member of the Court of HKBU, generously donated HK$30 million in 2015 to support a research project conducted by the School of Chinese Medicine.

The Foundation conveys its heartfelt condolences to Mrs. Lo's family at this time of bereavement. She will always be remembered for her zealous support and significant contributions to the University's development.