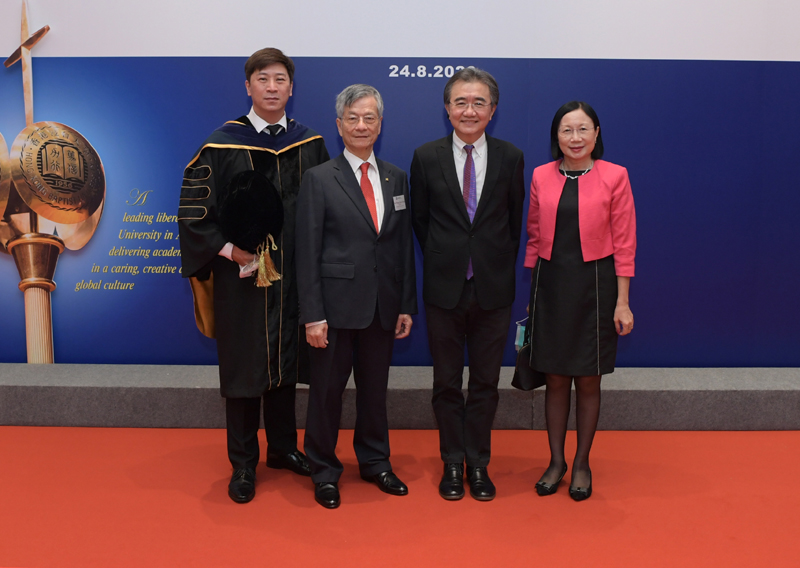 The University recently received a donation of HK$500,000 from Mr. Wong Nga Chung, President of Nakagawa Electronics Ltd. The donation will be used to establish an endowment fund that will support the Department of Music to organise the “NC Wong Young Composers Award”, which aims to nurture creativity for music students at HKBU.

Mr. Wong has been a long-standing and devoted supporter of his alma mater. Since he was an undergraduate student at HKBU, he has been giving generously for various University’s endeavours, including the V-Care Campaign, the HKBU Century Club Fund, the establishment of scholarships and bursaries, as well as service-learning activities and institutional advancement. He is also Honorary Permanent President and Member of the Alumni Committee of the HKBU Foundation. Beyond his contributions to the University, Mr. Wong has remained committed to promoting education in Hong Kong and Mainland China. In recognition of his outstanding contributions to the University and society at large, HKBU conferred an Honorary University Fellowship on Mr. Wong in 2014.

The “NC Wong Young Composers Award” will be organised by HKBU’s Department of Music biennially in the form of a composition contest. Four prizes will be given to entries selected by a panel of judges formed by the Department’s faculty members. A concert and an award presentation ceremony will be held after the contest.