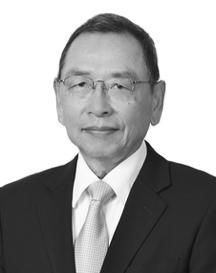 The Foundation records with deepest sorrow the passing of Dr. Payson Cha Mou Sing, JP, Member of the Cha Foundation, Honorary Trustee of the HKBU Foundation, on 6 November 2020 in California, USA. He was 77 years old.

Dr. Payson Cha, Chairman of HKR International Limited, was a successful entrepreneur who made tremendous contributions to the development of tourism and the economy in Hong Kong. Being committed to public service, he was the Member of the National Committee of the Chinese People’s Political Consultative Conference, Chairman of the Board of the Ocean Park Corporation, Member of the Law Reform Commission, the Housing Authority, the Housing Society, and the Airport Consultative Committee. He was appointed Justice of the Peace in 1995.

Dr. Cha, together with his late father Dr. the Hon. Cha Chi Ming, GBM, JP, and the Cha family have been longstanding supporters of HKBU. They made their first gift to HKBU as early as 1971. Over the years, they made generous donations in support of various endeavours of the University, including the University Fund and the Joint Open Laboratory of Soil and the Environment established by the Institute of Soil Science, Chinese Academy of Sciences and Hong Kong Baptist University.

The Foundation conveys its deepest condolences to the Cha family at this time of bereavement. Dr. Cha will always be remembered for his invaluable contributions to the University.