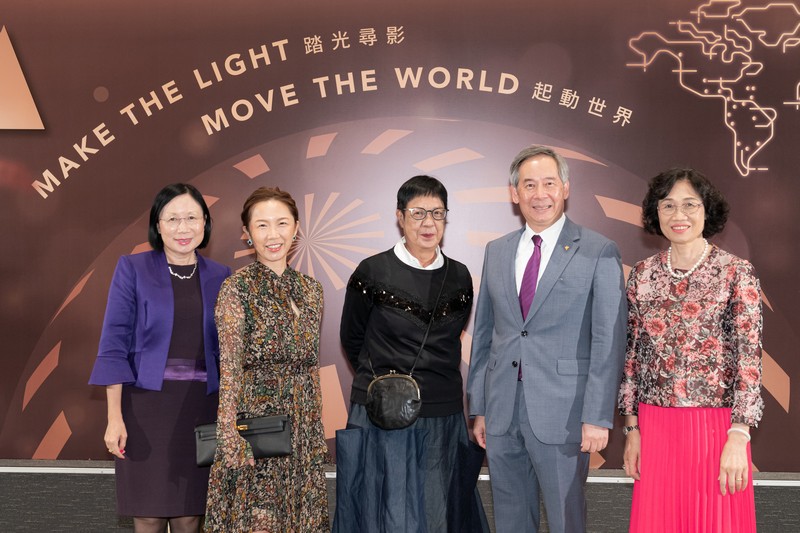 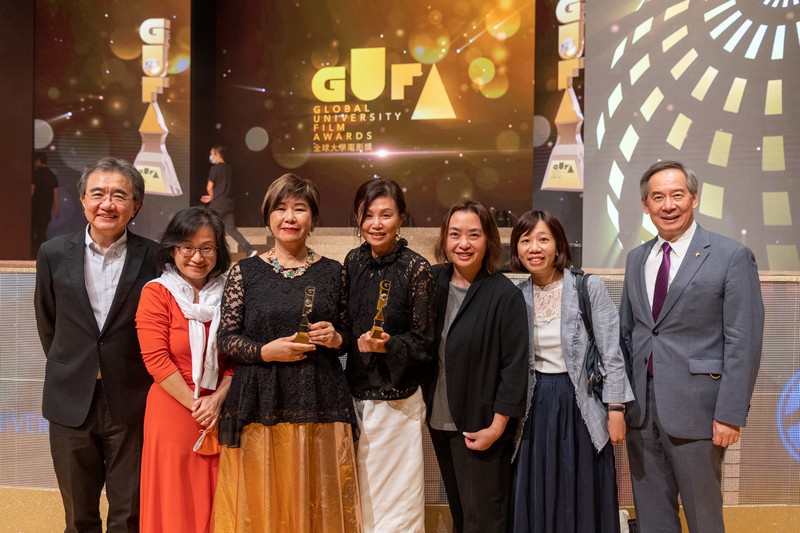 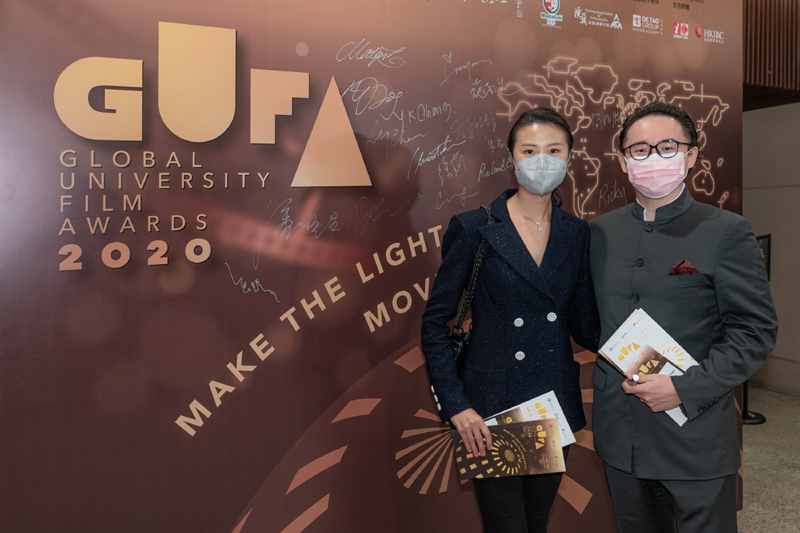 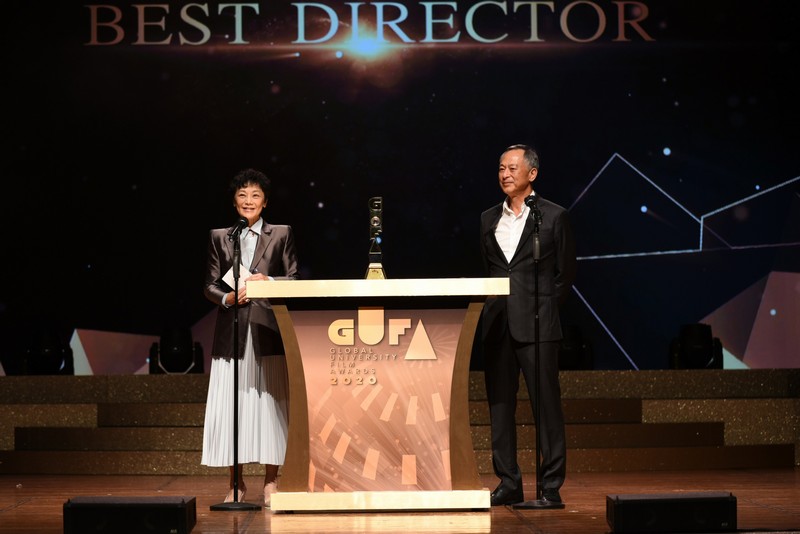 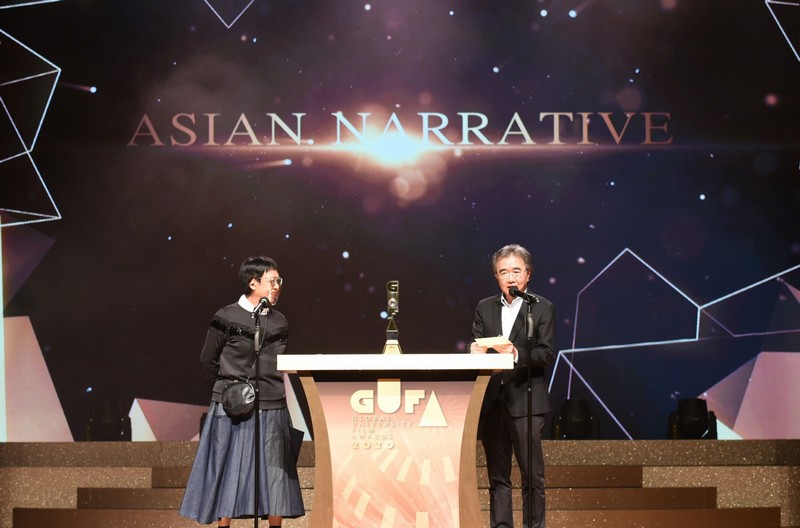 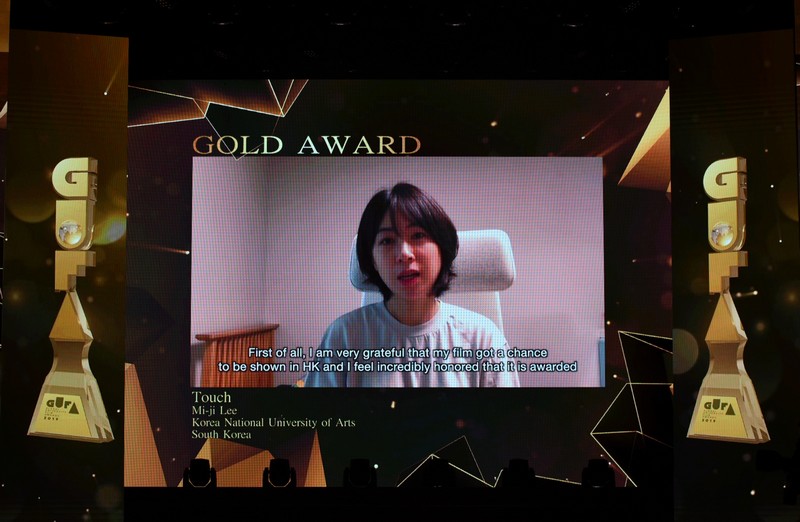 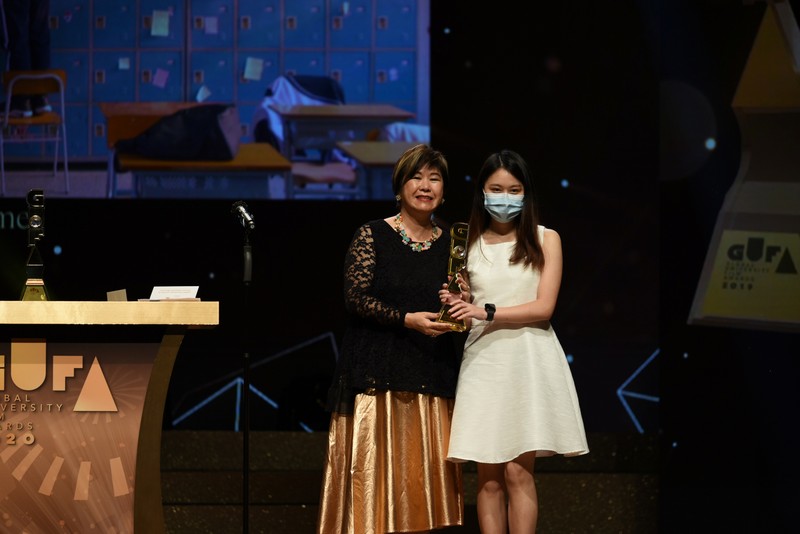 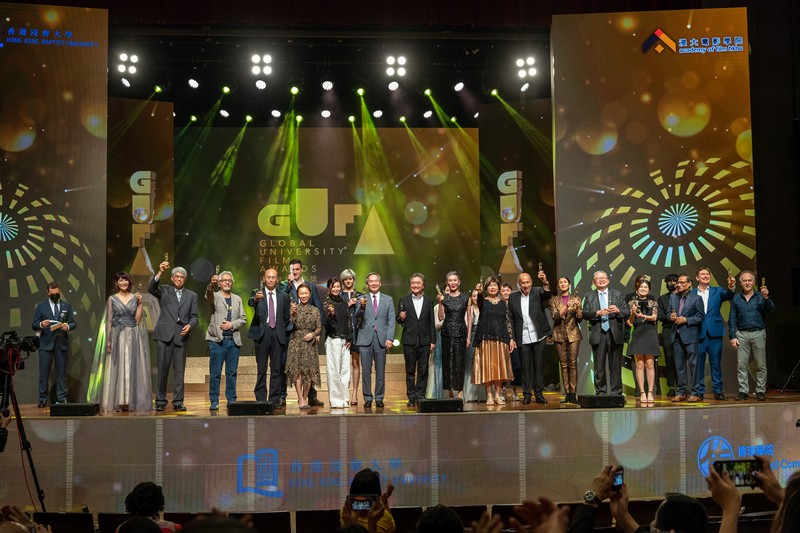 Souvenirs were presented to the guests 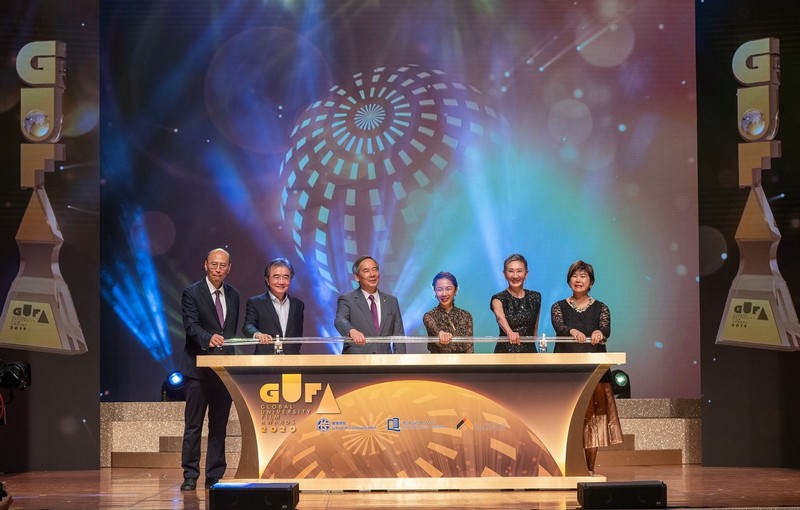 In his remarks, Dr. Clement Chen said, “‘Make the Light, Move the World.’ So goes the tagline of GUFA, and indeed, cinema possesses the power to change the world and shine a light on society. As the home of creativity in Hong Kong, we are honoured to welcome some of the world’s most talented young filmmakers, our future world-changers, to GUFA 2020.”

In his speech, Professor Roland Chin said, “Great works of art are always born of an age of chaos and crisis. The movie creations by students from across the world carry the burdens of a deeply troubled era and tell the stories of their intense passion. We at HKBU are glad to have joined hands with you to make this happen.”

The award presentation ceremony was honoured by the presence of a number of HKBU Foundation members. They included Mr. Antonio Chan and Mrs. Eva Chan; Ms. Lovinia Chiu; Mrs. Mary Suen and Ms. Chloe Suen; and Ms. Eileen Tsui. They were warmly received by Mrs. Lily Chan, Director of University Advancement and Secretary-General of the HKBU Foundation.

Envisaged as the “University Oscars”, GUFA is well-recognised as the most celebrated international film event in the academic arena ever undertaken in Hong Kong. It was held for the second time this year with the Simon Suen Foundation being the Title Sponsor and Medialink Group Limited also sponsored the event.

A total of 19 awards were announced at the ceremony. Please click here to find out more about the winners. The ceremony can also be viewed online via the event’s official YouTube channel.