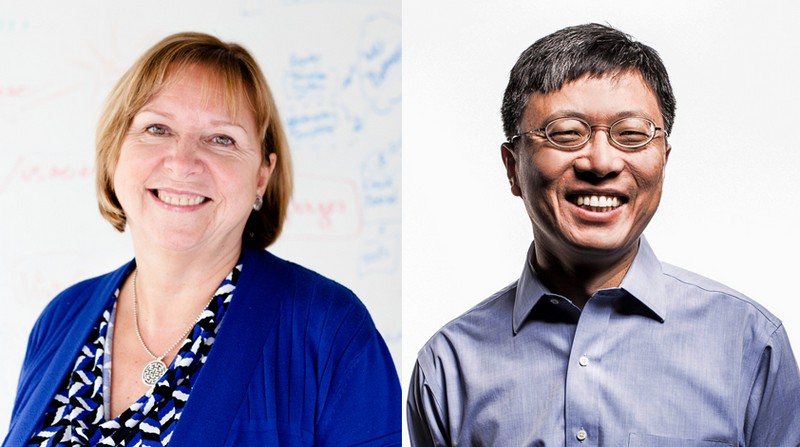 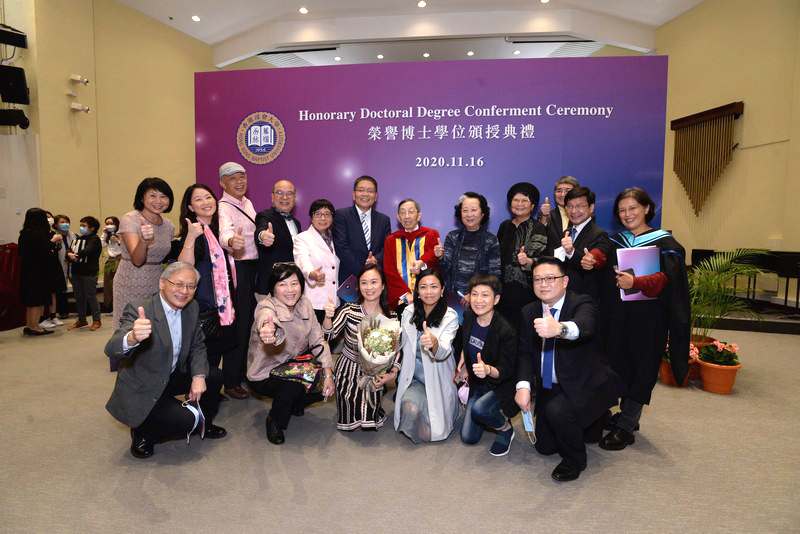 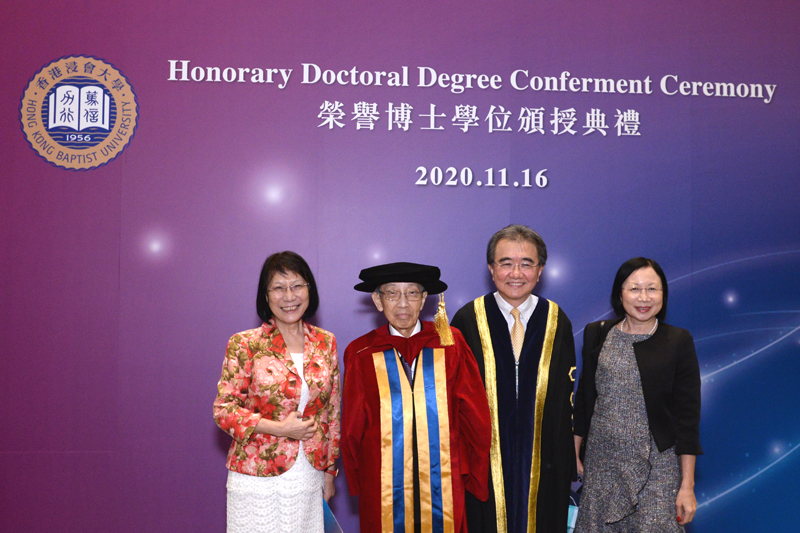 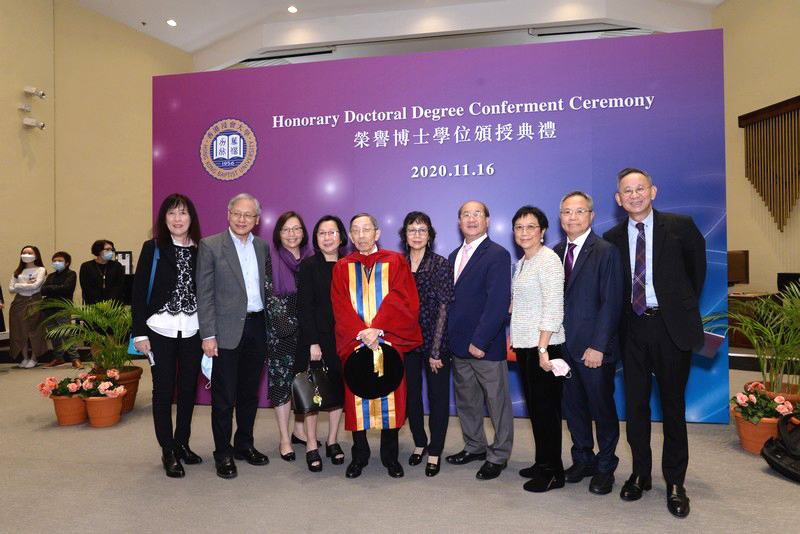 Friends, former students of Dr. Wong and HKBU representatives extended their warmest congratulations to him 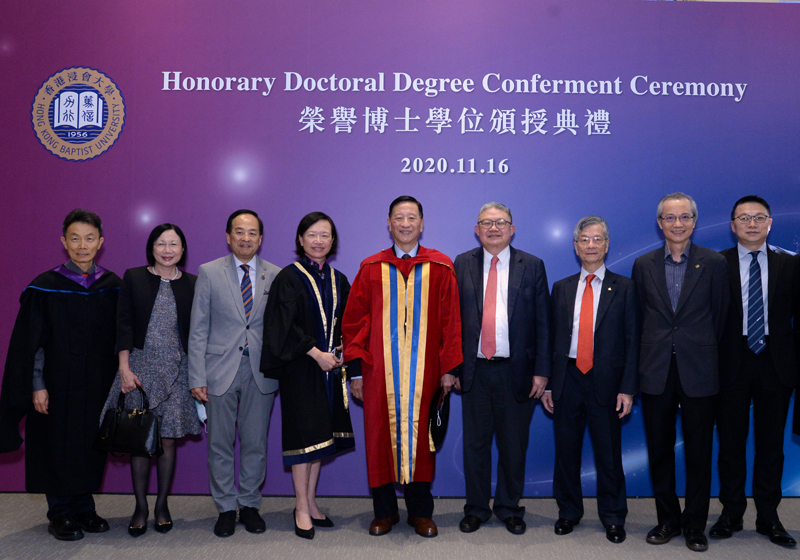 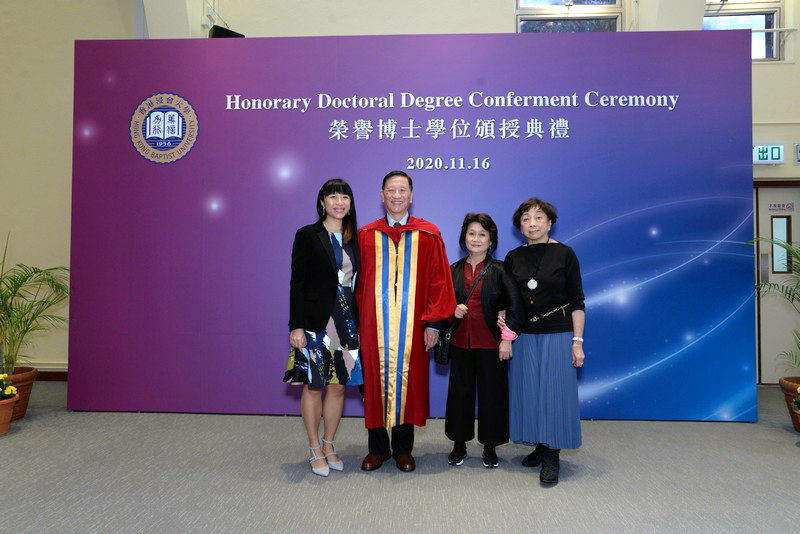 Prof. Ng posed a photo with his friends and family 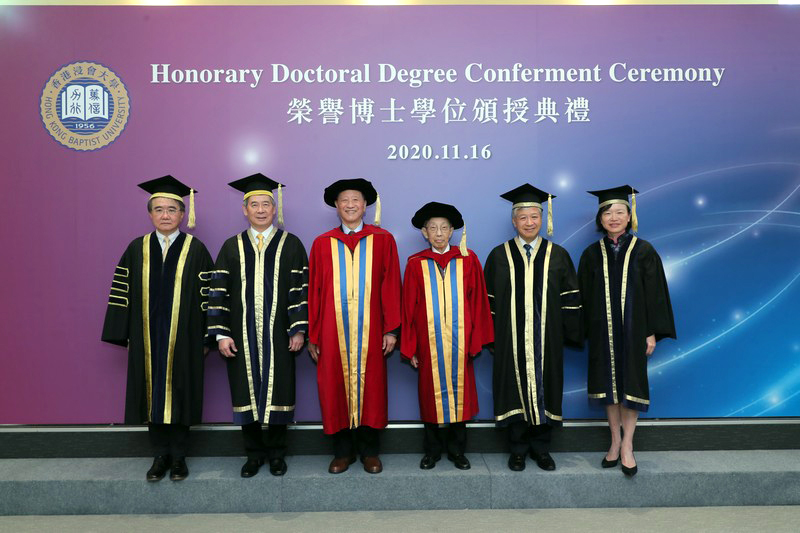 The University conferred honorary doctoral degrees upon four distinguished persons on 16 November 2020 to recognise their outstanding professional achievements and remarkable contributions to society.

Two HKBU Foundation members were awarded respectively the degree of Doctor of Social Sciences, honoris causa, and the degree of Doctor of Science, honoris causa. They were Dr. Raymond R. Wong, SBS, Honorary Permanent President of the HKBU Foundation, a veteran journalist known as the “Godfather” of Hong Kong journalism; and Professor Ng Ching Fai, GBS, Senior Member of the Foundation, a superlative educator and former President and Vice-Chancellor of HKBU.

The other recipients were Professor Dame Wendy Hall, a leading scholar in computer science, and Dr. Harry H.Y. Shum, a distinguished computer scientist and a successful business leader, who both were bestowed the degree of Doctor of Science, honoris causa. For more details of the four recipients, please click here.

The conferment ceremony was presided by Dr. Clement Chen, GBS, JP, Chairman of the Council and the Court. At the ceremony, Professor Roland T. Chin, President and Vice-Chancellor, said in his address, “In this New World of complexity and uncertainty, we need more people and leaders with a high capability to collaborate. Different countries as well as different people need to collaborate faithfully with each other. Collaboration is not just asking someone to work with you so that you can succeed. To collaborate is to uplift and enrich each other. To understand and appreciate diversity. Collaboration requires you to cast off the ‘I am right and you are wrong’ mind set, and shake off the ‘You against Me and Them against Us’ mentality.”

“I appeal to the Government to take the lead and act as a role model to revive Hong Kong’s long-cherished values in embracing different views and to be inclusive, treasure the voice of people with different opinions, and heal the rift and rebuild trust between people,” said President Chin.