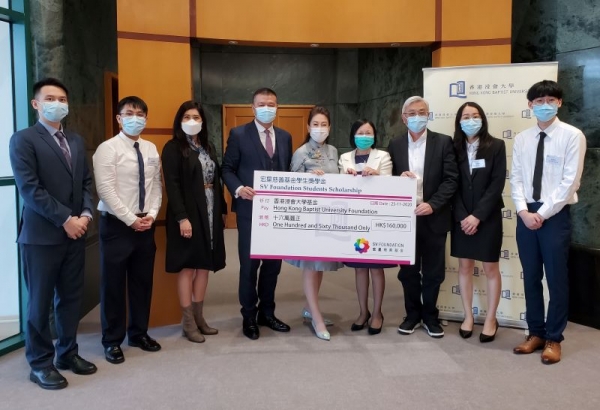 The students were grateful to have the opportunity to thank the SV Foundation in person and expressed their deep gratitude towards its benefaction. Professor Gordon Tang, Director of Student Affairs, and Mrs. Lily Chan, Director of University Advancement and Secretary-General of the HKBU Foundation, also attended the event. On behalf of the University, Professor Tang received the donation cheque from the representatives of the SV Foundation while Mrs. Chan presented a souvenir to the Foundation in recognition of their generosity.

The SV Foundation Students Scholarship provided 10 awards for eligible Year 2 students in the academic years of 2017-18 and 2018-19.  The awardees receive HK$10,000 each annually from their sophomore years till their final years.