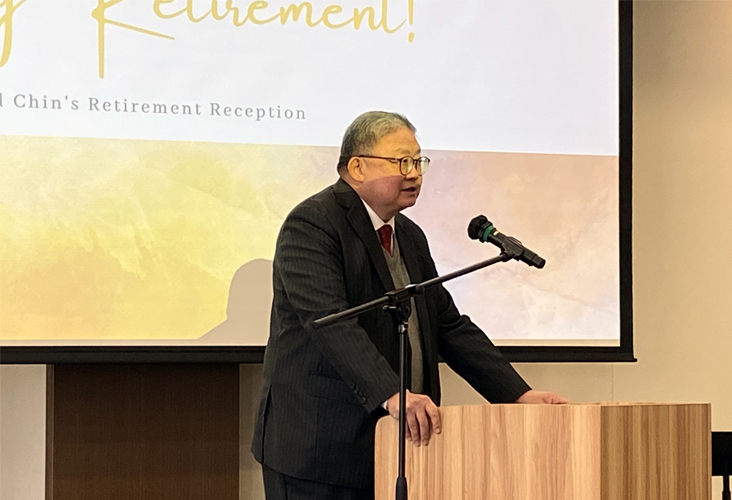 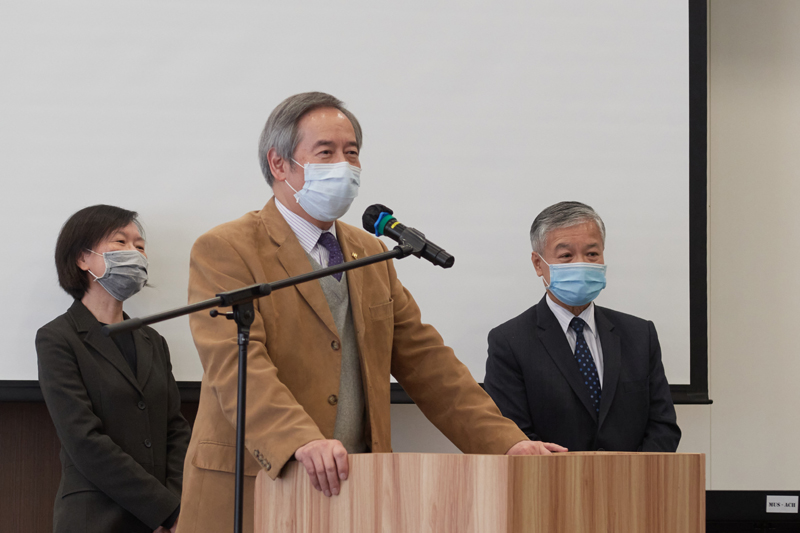 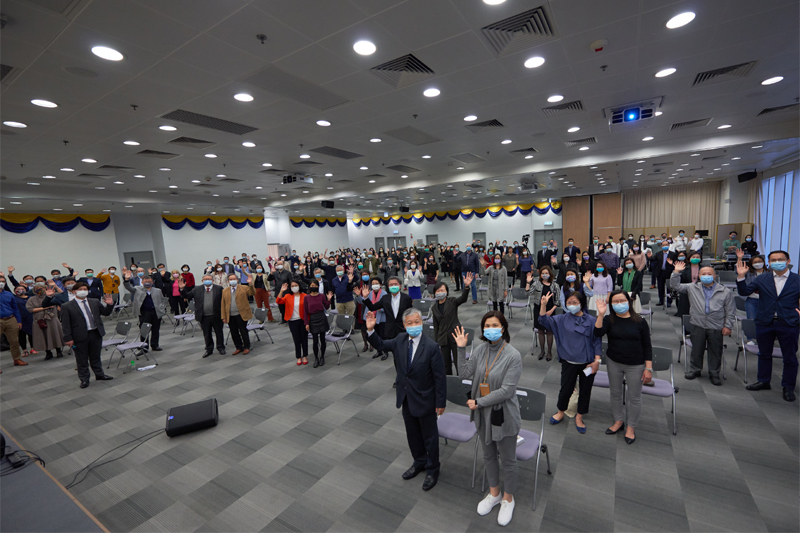 Guests staged for a group photo 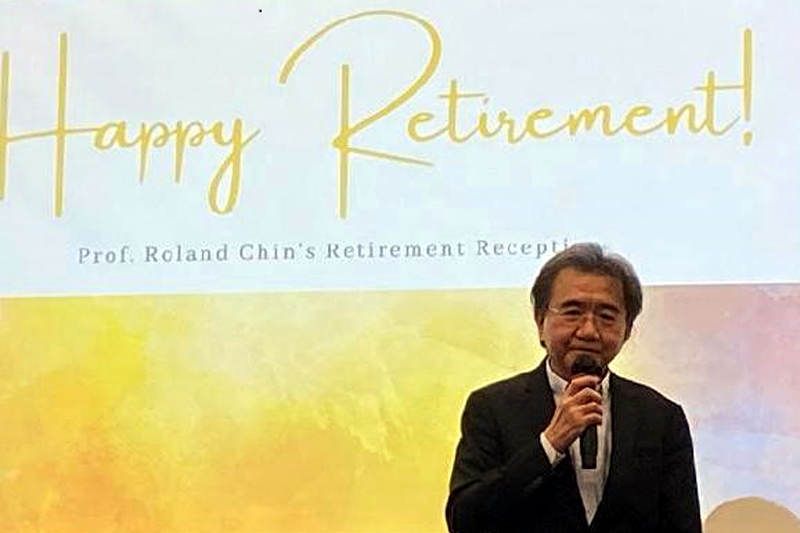 A retirement reception in honour of President Roland T. Chin was held on 26 January 2021. Many Council and Court members, HKBU Foundation members, staff, alumni and friends gathered at the University to bid farewell to President Chin.

A number of participants spoke at the reception to share their fond memories of Professor Chin during the past few years. They included Dr. Cheng Yan Kee, BBS, JP, Dr. Pamela Chan, BBS, JP, Dr. Doreen Chan, former Chairman, former Deputy Chairman and former Treasurer respectively of the Council and the Court; as well as Dr. Clement Chen, GBS, JP, Mr. Paul Poon and Ms. Rosanna Choi, Chairman, Deputy Chairman and Treasurer respectively of the Council and the Court and several members of the University senior management. They praised that President Chin is a visionary leader who places great emphasis on students. He not only helped HKBU implemented its ten-year strategic plan but also secured HK$2 billion in donations and matchings funds to support the University’s future development. They expressed their heartfelt gratitude to President Chin for his enormous contributions to HKBU.

President Chin thanked the HKBU community for organising the retirement reception. He said HKBU has already achieved leading positions on many academic fronts, and he believed that HKBU’s ranking is bound to rise. With the trust and support of numerous donors, friends and alumni, HKBU is transforming into a leading liberal arts university in Asia for the world. The credit goes to all the staff, alumni and supporters of the University.