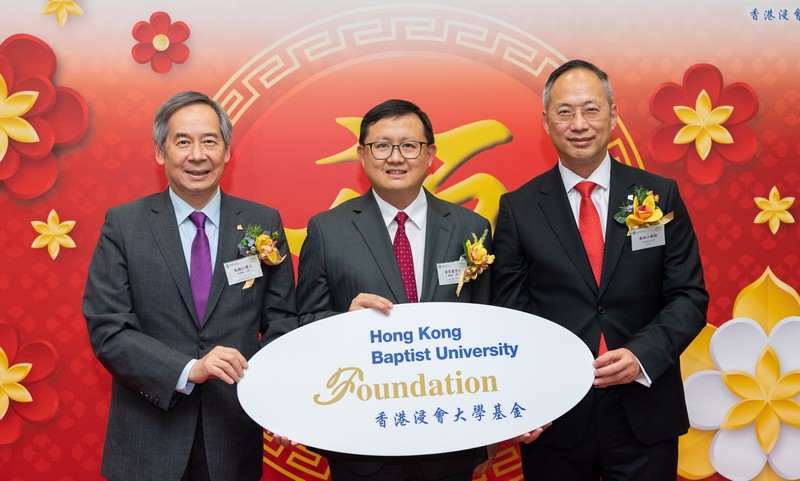 Dr. Clement Chen, Chairman of the Council and the Court, and Dr. Kennedy Wong, Chairman of the Board of Governors, welcomed Professor Ping-kong Alexander Wai (right), the new President and Vice-Chancellor of HKBU 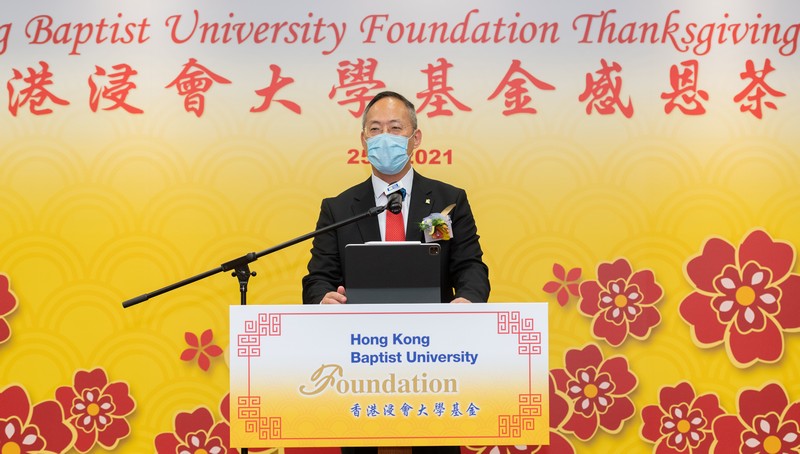 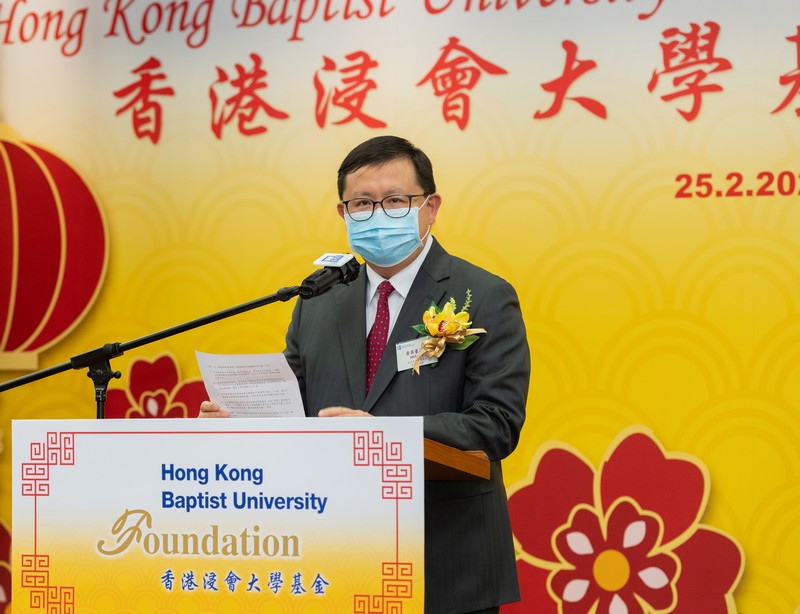 Chairman Wong expressed his gratitude to Foundation members for their support 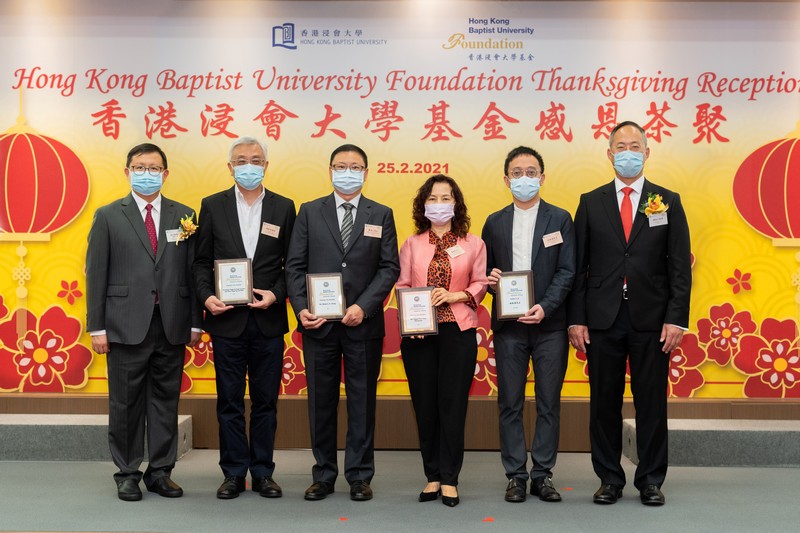 Foundation Certificates were presented to the new Honorary Vice-Presidents

Guests officiated at the Thanksgiving Reception

The Thanksgiving Reception of the Hong Kong Baptist University Foundation was held on 25 February 2021 to celebrate the 12th anniversary of the Foundation and to express its deepest gratitude to members of the Board of Governors and the Foundation, as well as friends and supporters of the University for their staunch support.

In his welcoming address, Professor Ping-kong Alexander Wai, the new President and Vice-Chancellor of HKBU, said that he would continue to steer HKBU to be one of the best research-led liberal arts universities in the world with a focus on its unique strengths, so as to contribute to the advancement of the community and the world. Professor Wai also expressed his heartfelt appreciation to the members of the Board of Governors, the Entrepreneur Committee, the Young Entrepreneur Committee and the Alumni Committee of the Foundation, as well as all supporters for their tremendous contributions to the University’s development over the years.

Dr. Kennedy Wong, BBS, JP, Chairman of the Board of Governors of the Foundation, said that the University has successfully secured more than HK$1.91 billion under the Eighth Matching Grant Scheme and the Research Matching Grant Scheme, which is a record-breaking fundraising result. In addition, the number of Foundation members has increased by nearly five times from 131 to 781 since its inception. Chairman Wong also thanked all donors for their staunch support towards the development of HKBU and he looked forward to their continued support in the years to come.

To express the University’s gratitude to the new Honorary Vice-Presidents, Honorary Directors and Directors of the Foundation for their generosity, Chairman Wong and President Wai presented Foundation Certificates to them at the Reception.