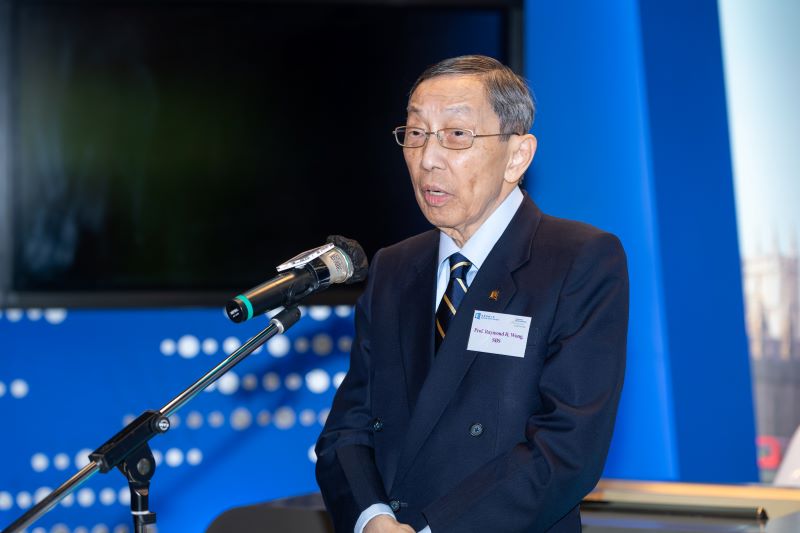 Prof. Raymond R. Wong delivered a speech at the ceremony 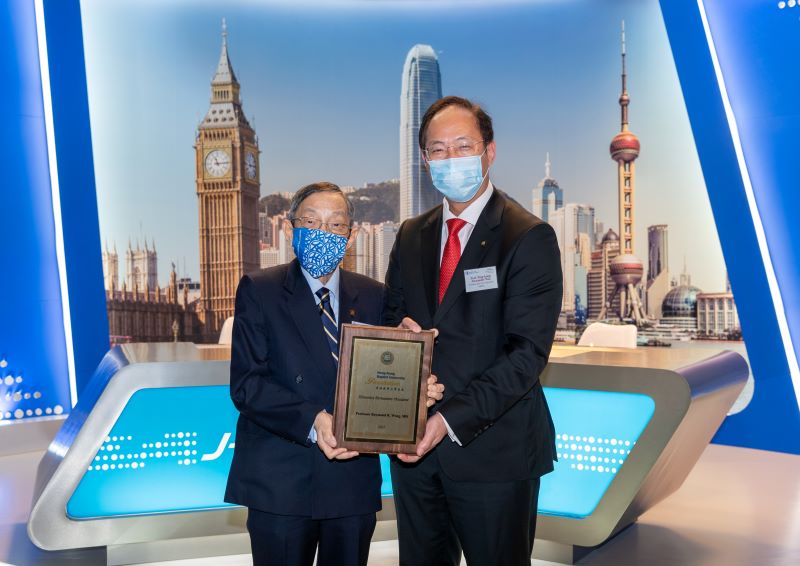 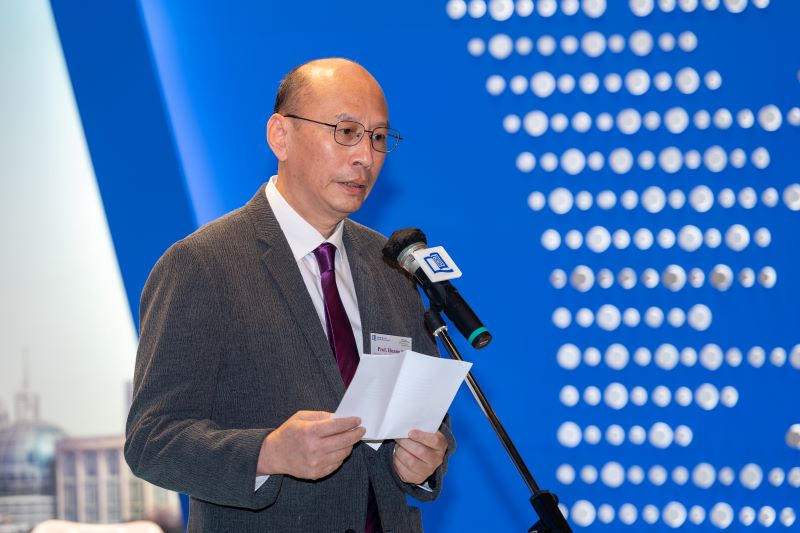 Prof. Huang Yu expressed his gratitude to Prof. Wong for his contributions to the School of Communication over the years 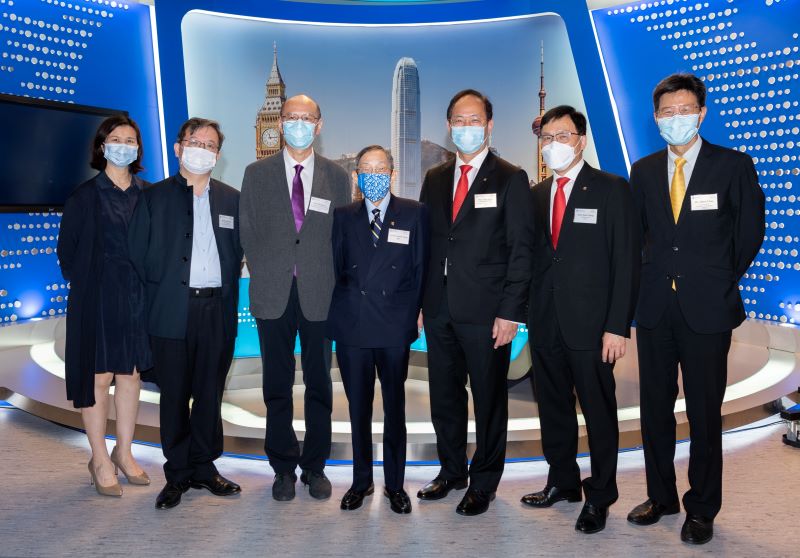 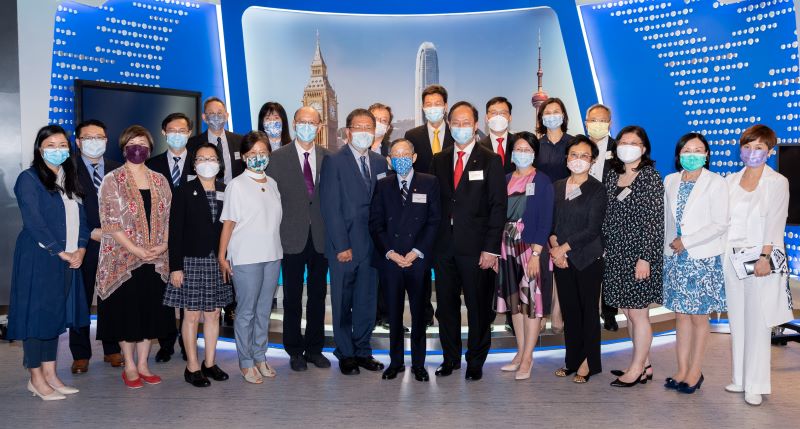 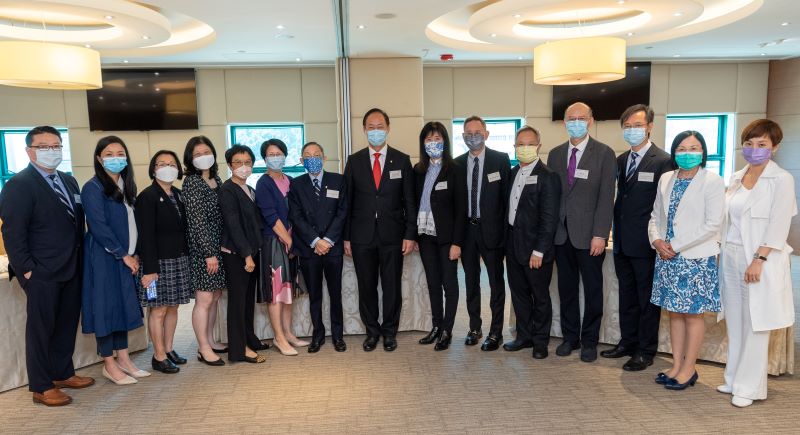 President Wai hosted a lunch in honour of Prof. Wong 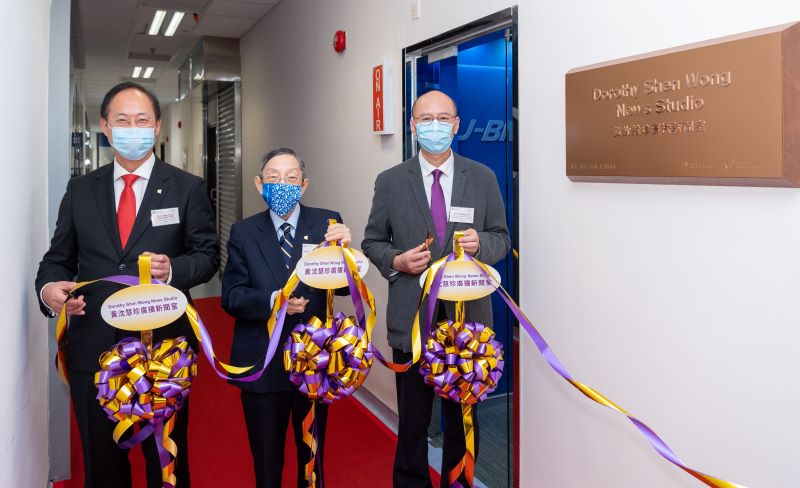 The University recently received a generous donation of HK$50 million from Professor Raymond R. Wong, SBS, a veteran journalist and recipient of an Honorary Doctorate of Social Sciences from HKBU, for the establishment of the Dorothy Shen Wong Memorial Fund, which is designated for the strategic development of the University's School of Communication.

In his address, President Wai expressed his deep gratitude to Professor Wong for his unwavering support towards the University.  He said that Professor Wong is a legendary journalism educator and he is rightly known as the "Godfather of Hong Kong journalism". Over the years, many of his graduates have become leaders in journalism, broadcasting and the communication industry in Hong Kong, Greater China and other areas. The newly established fund will help advance the teaching and research quality of the School of Communication and enhance professional standards in the media industry.

Speaking at the ceremony, Professor Wong thanked the University for naming the Studio after his late wife. He said that HKBU was where he met his wife, and their relationship with the University will continue. "I hope that broadcast journalists who have access to this wonderful facility will be inspired to know that to be a broadcaster is not a shortcut to notoriety or becoming a star of entertainment news, but it is to use the media in the best way possible to serve the people of Hong Kong, Mainland China and the world," he said.

In his vote of thanks, Professor Huang Yu said: "The Dorothy Shen Wong News Studio will definitely help acknowledge and remind us of Professor Wong's lifelong devotion to journalism, his endless passion for journalism education, his vision for better journalistic ethics in Hong Kong and his loving memory of Mrs. Wong. Our School will continue to uphold the motto “Truth is Virtue”, and continue nurturing more talented and ethical professionals for the communication and media field in Hong Kong and beyond."

Professor Wong's donation is the biggest single gift the School of Communication has ever received, and it has led to the establishment of the Dorothy Shen Wong Memorial Fund in loving memory of his wife. The Fund will be used to set up the first-ever Endowed Professorship in Media Ethics in Hong Kong, the first-ever Professional Journalism Fellowship at HKBU, and scholarships to help students acquire global exposure. It will also enable the School to organise signature events such as international summits, distinguished lecture series, master classes and training workshops.  As a token of appreciation, President Wai presented the HKBU Foundation Certificate -- Honorary Permanent President to Professor Wong at the ceremony and hosted a lunch in honour of Professor Wong. His former students and friends also joined the lunch.

The Dorothy Shen Wong News Studio is located on the seventh floor of the Lee Shau Kee Communication and Visual Arts Building. The state-of-the-art equipment in The Studio supports teaching and helps students learn about TV and radio news broadcasting. Besides in-class practice and broadcast-related assignments, students can use the Studio to produce and broadcast newscasts for the Broadcast News Network, a Chinese news channel.