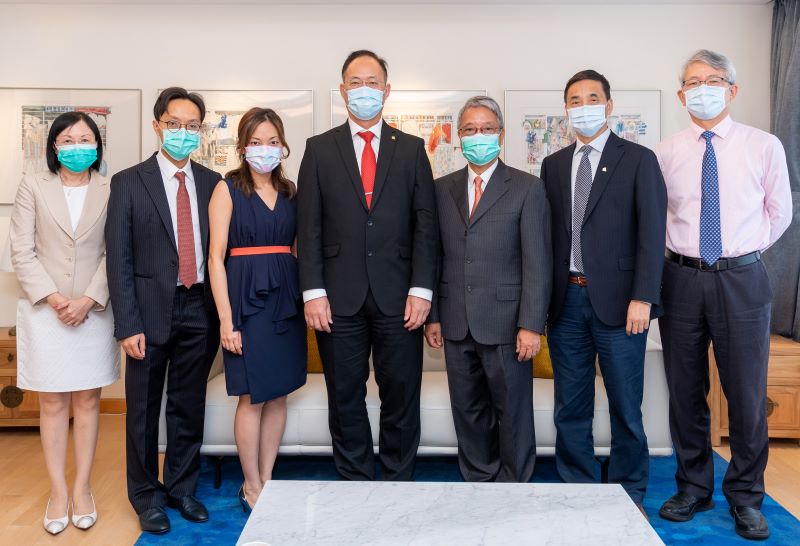 During the lunch, they exchanged views on the University’s Chinese medicine clinical research and its preparatory work for the operation of Hong Kong’s first Chinese Medicine Hospital. Professor Wai expressed his heartfelt gratitude to the three generations of the Chans family for their staunch support in advancing our excellence in Chinese medicine.