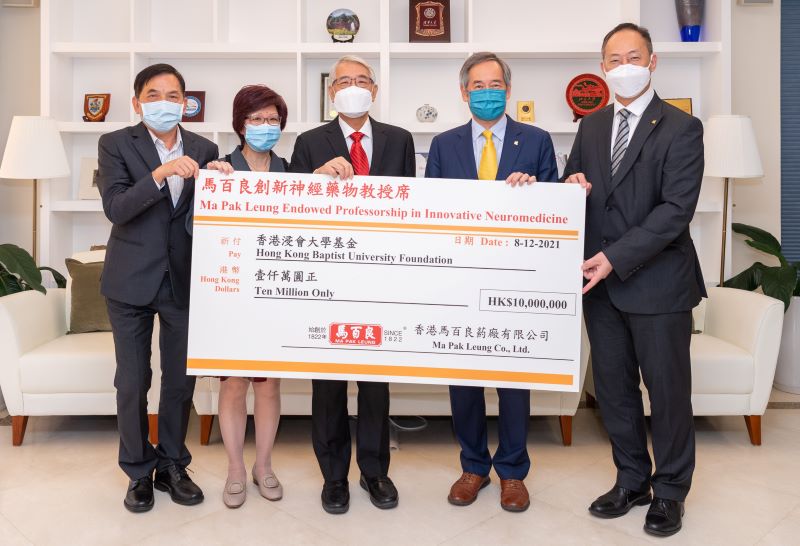 The University received a generous donation pledge of HK$10 million from Ma Pak Leung Co., Ltd. for the establishment of the Ma Pak Leung Endowed Professorship in Innovative Neuromedicine.

At the ceremony, Professor Wai expressed his deep gratitude to Ma Pak Leung Co., Ltd, for its tremendous support of HKBU. He said that the donation has the potential to extend the frontiers of knowledge and promote pioneering and cutting-edge research in the area of neuromedicine. It will also contribute to the well-being of humankind by promoting the development of medical treatments and preventive regimes for related diseases, he added.

Mr. Mavichien highly commended Professor Ken Yung’s widely-recognised research excellence, and he expressed his heartfelt congratulations to Professor Yung on his appointment as the Ma Pak Leung Endowed Professor in Innovative Neuromedicine. He said that the establishment of the Endowed Professorship will help to strengthen the University’s capacity in the research and development of innovative neuromedicine, and enable it to reach new heights in the international arena.

HKBU launched the Endowed Professorships Scheme in 2006. An Endowed Professorship is one of the highest honours that can be bestowed upon prominent academics at HKBU in recognition of their accomplishments and in support of their scholarly endeavours. The Scheme has been enthusiastically supported by visionary donors who partner with the University to advance ground-breaking research and academic excellence in their chosen disciplines for the betterment of humankind. 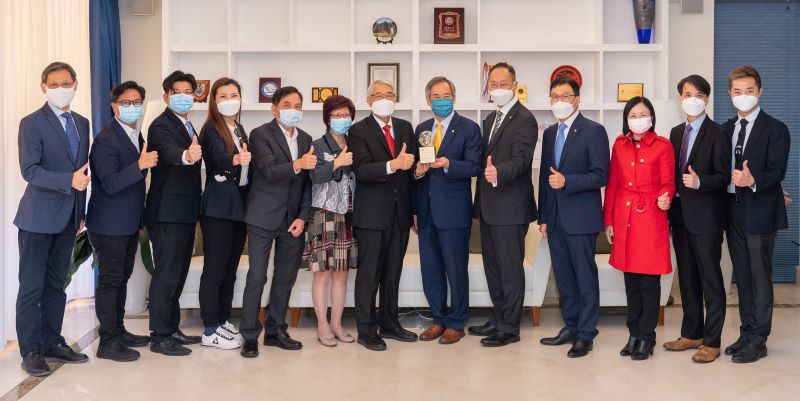