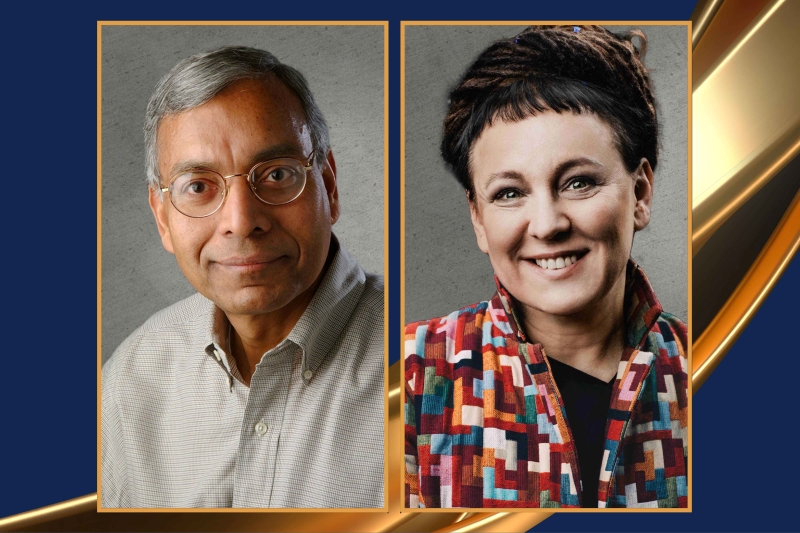 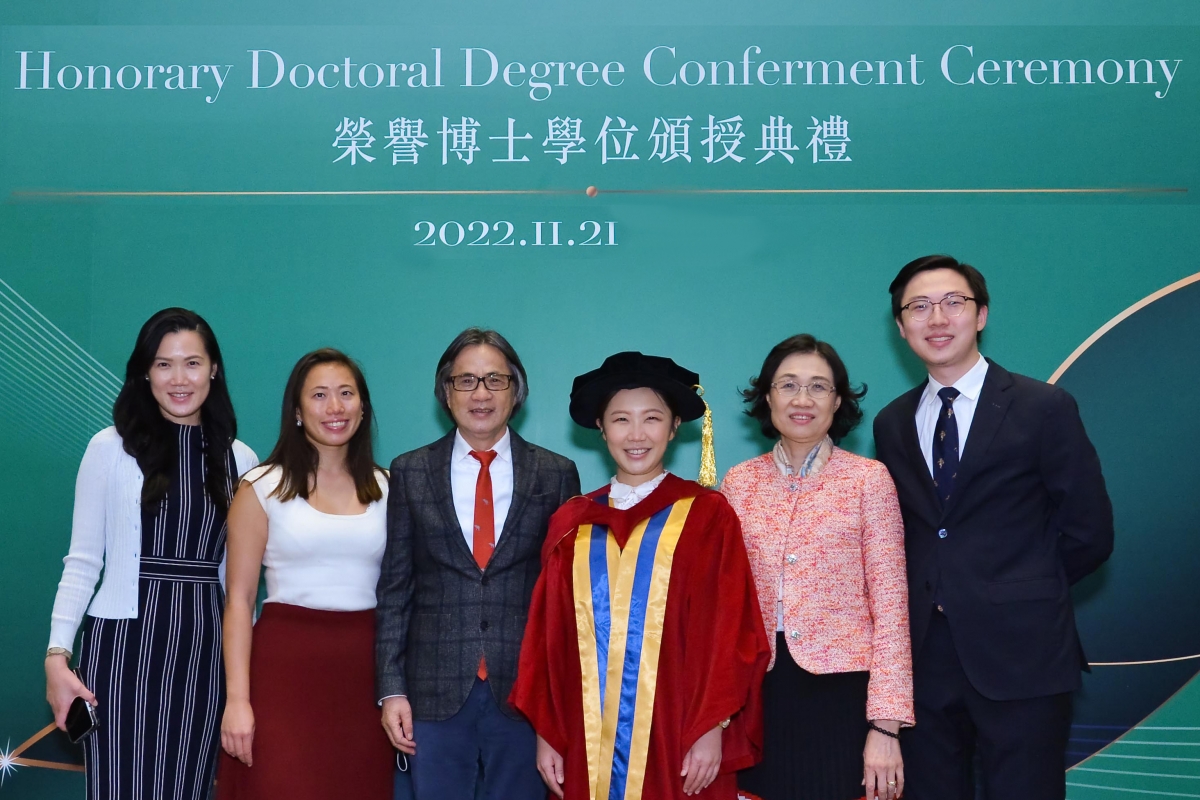 Dr. Chloe Suen posed a group photo with her family 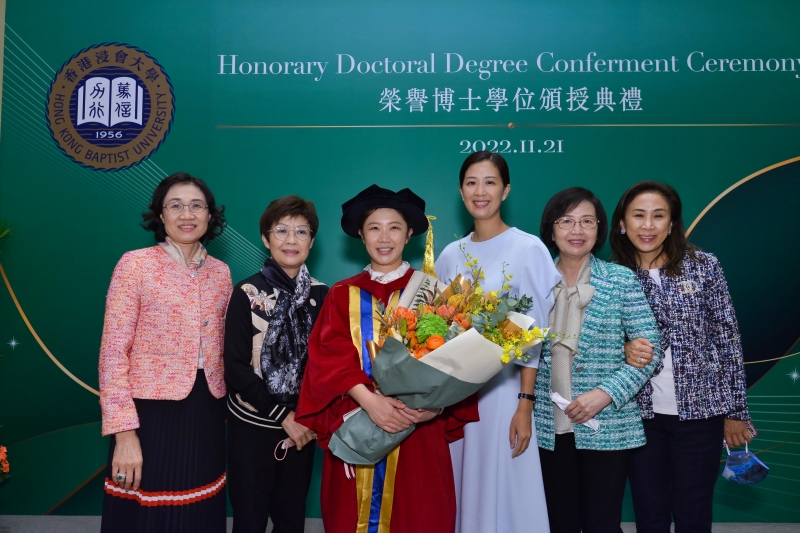 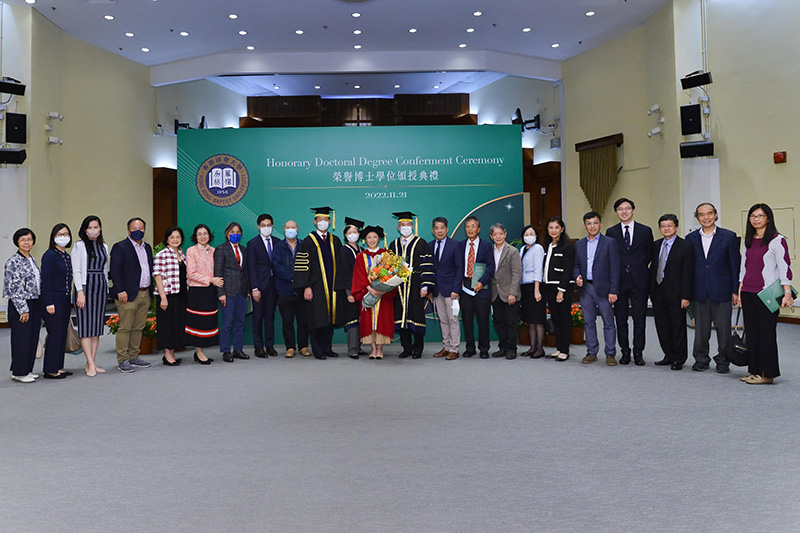 Friends of Dr. Chloe Suen extended their warmest congratulations to her 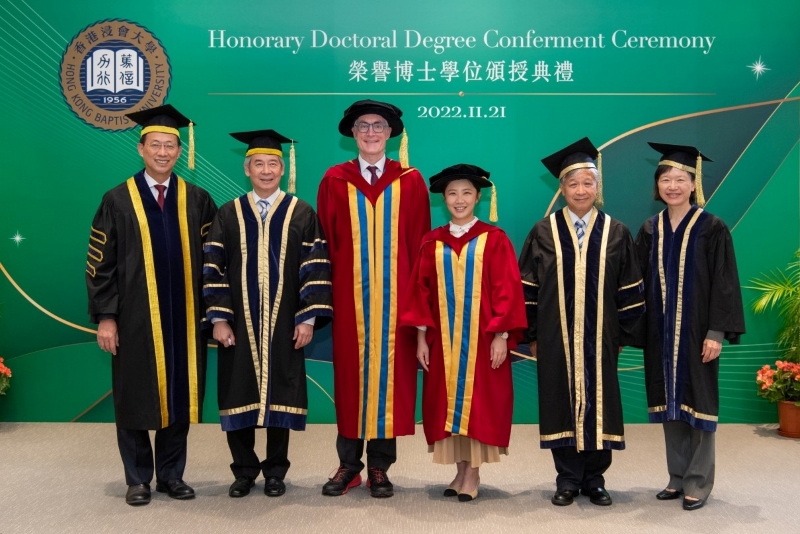 Ms. Chloe Suen, a passionate entrepreneur and philanthropist as well as a dedicated patron and promoter of the arts and culture, was awarded the degree of Doctor of Humanities, honoris causa. She is Chair of the Simon Suen Foundation as well as Co-Chairman of the Young Entrepreneur Committee and Honorary Permanent President of the HKBU Foundation.

The other recipients were Professor Anil Kumar Jain, a renowned computer scientist, and Professor Timothy John Mitchison, an acclaimed cell biologist and systems biologist, both received the degrees of Doctor of Science, honoris causa; and Dr. Olga Nawoja Tokarczuk, one of Poland’s most celebrated and beloved authors and a Nobel Prize Laureate in Literature, was awarded the degree of Doctor of Letters, honoris causa. For the background information of the four recipients, please click here.

The conferment ceremony was presided by a procession led by Dr. Clement Chen, GBS, JP, Chairman of the Council and the Court. At the ceremony, Professor Alexander Wai, JP, President and Vice-Chancellor, praised the four honorary doctoral degree recipients, and he said that they are role models who have led inspirational lives. “Their stories reveal how they have attained success and contributed to the betterment of society against all odds. We can definitely learn from their extraordinary careers,” he added.