HKBU celebrates topping out of Jockey Club Campus of Creativity 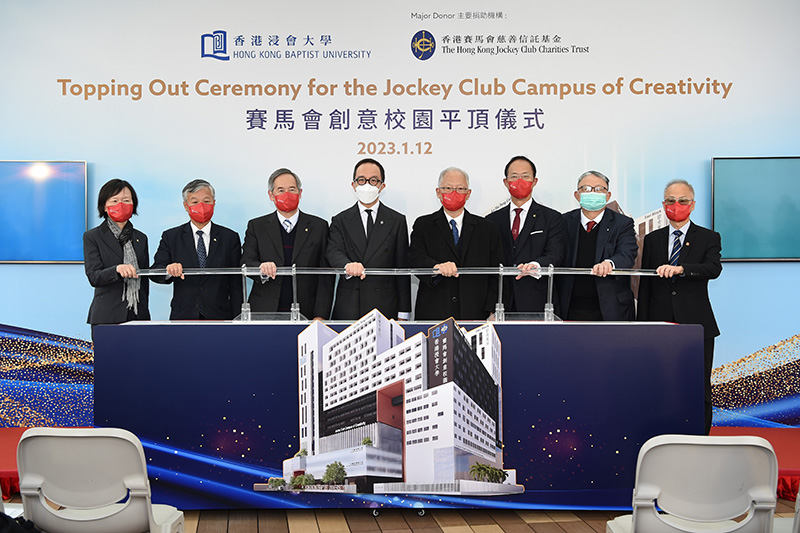 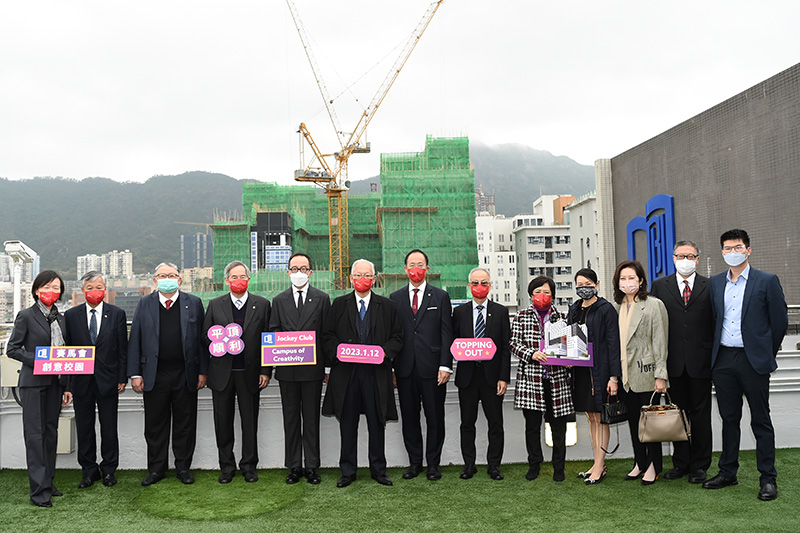 
Hong Kong Baptist University (HKBU) held a topping out ceremony on 12 January 2023 for its Jockey Club Campus of Creativity. The University received a HK$452 million donation from The Hong Kong Jockey Club Charities Trust to support the development of the campus, which is the largest single donation ever received by HKBU.

Construction of the Jockey Club Campus of Creativity started in the second quarter of 2020, and it has progressed well since then. The topping out ceremony marked an important milestone for the construction work, which is due for completion in 2024.

In his welcoming remarks, Dr. Clement Chen said, “The campus will enable us to advance our ability to offer the best student experience and achieve research excellence. After over ten years of planning and construction, made possible by generous support from The Hong Kong Jockey Club Charities Trust and numerous donors, I feel most privileged to share the joy of topping out with all of you.”

Dr. Gabriel Leung explained that sports and culture comprise one of Club’s five strategic focus areas for its charitable donations. The campus will support the Central Government’s vision of developing Hong Kong into an East-meets-West centre for international cultural exchange, as outlined in the National 14th Five-Year Plan, to nurture talents for creative arts. This reflects the Club’s commitment to the betterment of our society.

The Jockey Club Campus of Creativity is a vertically configured campus located on Renfrew Road in Kowloon Tong, and it occupies a site area of 7,430 square metres. It will boast four blocks of residential colleges that collectively form the Village CARE (Creative Arena for Residential Education), providing 1,726 hostel places and doubling the University’s number of student residential places. It will stand as a towering icon of creative education and also an exemplary model of new living-learning communities of the future.

The new campus will also include the Jockey Club Creative Hub, which will feature state-of-the-art facilities for music, film, television, video games and other creative disciplines. The Hub will provide teaching, learning and research space, housing HKBU’s Academy of Music and the Creative Media and Practice Cluster. The University also received a mega gift from the Hung Hin Shiu Charitable Foundation, Shiu Pong Enterprises and the Hung family, designated for our strategic development in this area and for nurturing young musical talent. The development of the new campus will substantially enhance the University’s capacity for nurturing talent and delivering the best student experience. 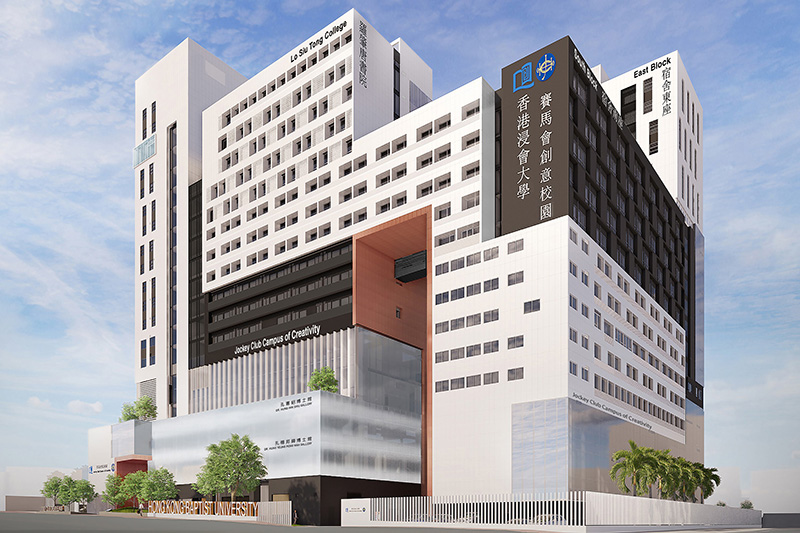