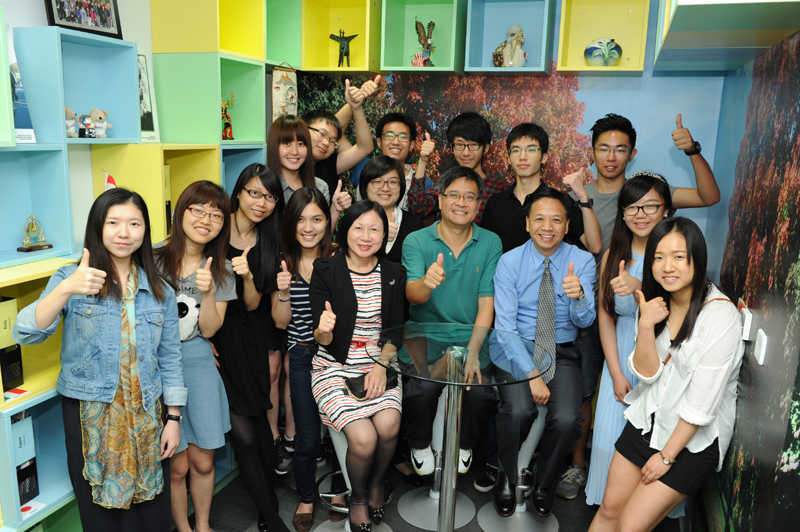 Mr. Raymond Kwok (fourth from right), representative of the Kwok Chung Bo Fun Charitable Fund, visited the University and attended a sharing session of this year’s awardees of the Character Building Scholarship Fund on 18 May 2015. He was accompanied by Mr. Peter Li, Director of International Office, and Mrs. Lily Chan, Director of University Advancement.

The Scholarship Fund was established in 2013 with an annual donation from the Kwok Chung Bo Fun Charitable Fund.  It aims at supporting outstanding students who engage in exchange studies in tertiary institutions with Christian heritage in North America, enabling them to broaden their horizons and build stronger characters.