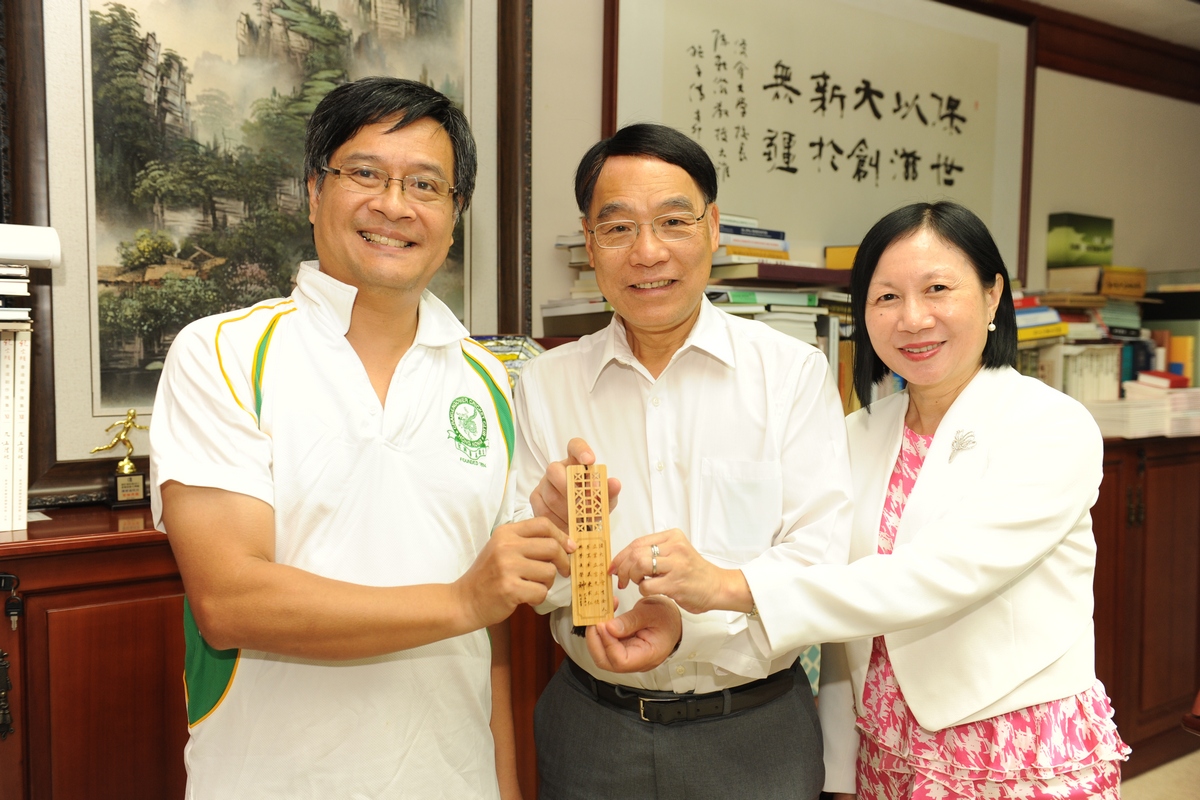 Mr. Raymond Kwok, Member of the Board of Governors of the HKBU Foundation and representative of the Kwok Chung Bo Fun Charitable Fund, visited the University on 30 June 2015 to bid farewell to Professor Albert S.C. Chan, JP, President and Vice-Chancellor. Professor Chan expressed his gratitude to Mr. Kwok for his family’s staunch support for the University’s development and presented a bookmark imprinted with a poem composed by him to Mr. Kwok as a token of appreciation. They were joined by Mrs. Lily Chan, Director of University Advancement.