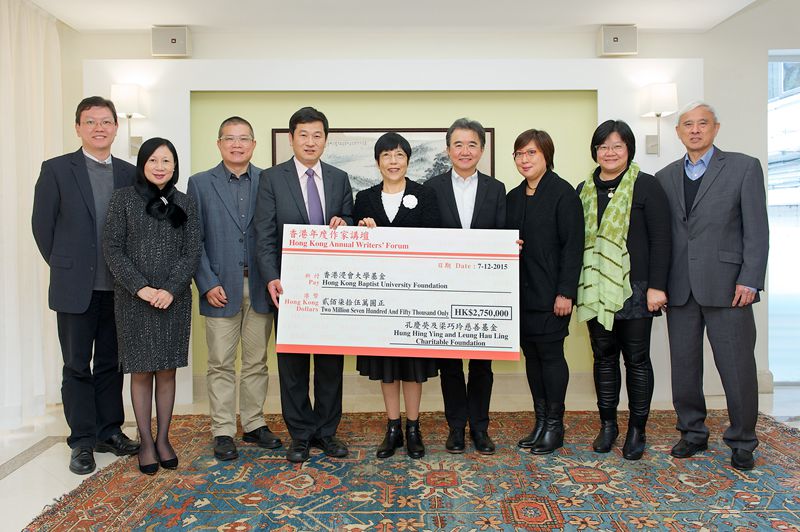 The University recently received a generous donation pledge of HK$2.75 million from the Hung Hing Ying and Leung Hau Ling Charitable Foundation, designated for the establishment of an endowment fund in support of the Hong Kong Annual Writers’ Forum to be organised by the Language Centre under the Faculty of Arts. The Forum aims to inspire and reward talented young writers in Hong Kong so as to promote the spirit of literary creativity.

In recognition of the Foundation’s generosity, a cheque presentation ceremony officiated by Ms. Belinda Hung, Co-founder of the Hung Hing Ying and Leung Hau Ling Charitable Foundation, Professor Roland T. Chin, President and Vice-Chancellor, and Professor Chen Zhi, Acting Dean of Arts, was held on 7 December 2015. After the ceremony, Professor Chin hosted a lunch for the guests at his residence Shiu Pong Hall.

The Hong Kong Annual Writers’ Forum will be organised by the Language Centre biennially with the aim of encouraging Hong Kong young people to showcase their talents in creative writing. The first Forum will be held in 2017.

The Hung Hing Ying and Leung Hau Ling Charitable Foundation also made a donation pledge of HK$3 million in 2013 to establish the “Hung Leung Hau Ling Intervarsity Creative Writing Competition Perpetual Fund”, which is used to support the Faculty of Arts to organise the Competition so as to arouse young people’s interest in writing and enhance the creative writing environment. 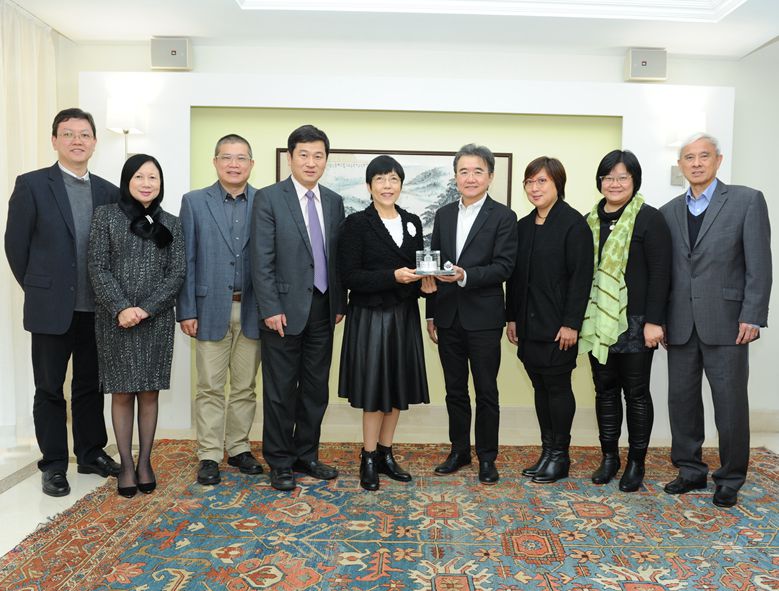 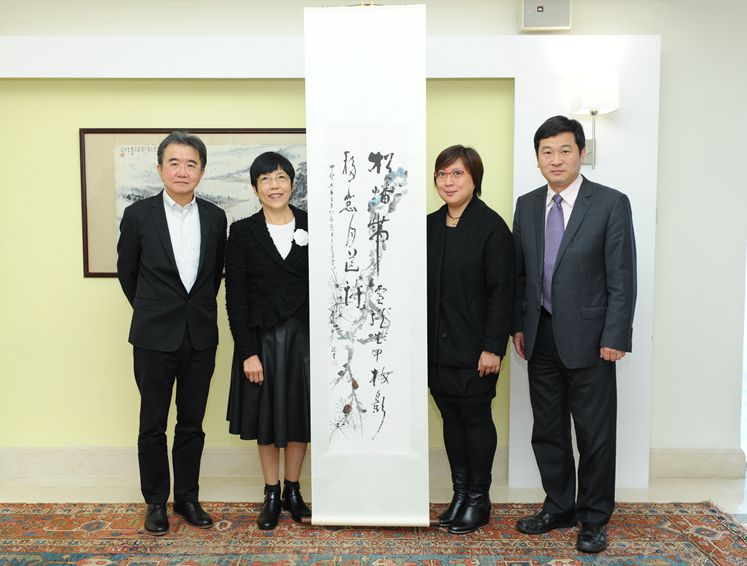