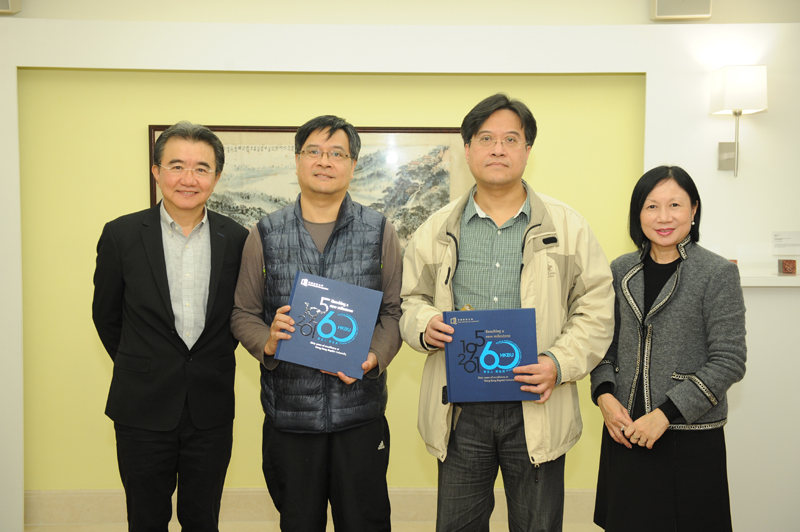 Professor Roland T. Chin, President and Vice-Chancellor, recently hosted a lunch for Mr. Raymond Kwok and Mr. Kenneth Kwok, representatives of the Kwok Chung Bo Fun Charitable Fund and Directors of Eagle Wide Limited, at his residence Shiu Pong Hall to express our sincere appreciation for their family’s staunch support for the University over the years and to exchange views on its development.  Professor Chin presented copies of the HKBU 60th Anniversary History Book to the Kwok brothers and hoped that the University would receive continuous guidance and support from them.  They were joined by Mrs. Lily Chan, Director of University Advancement.