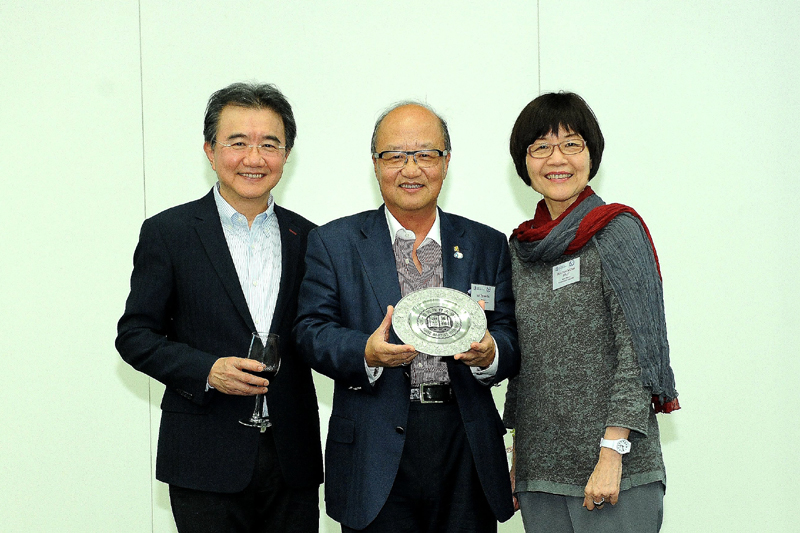 The University recently received a generous donation of HK$600,000 from Mr. Tyrone Siu (centre), President of the HKBU Alumni Association, in celebration of its 60th anniversary. Mr. Siu presented the donation cheque to Mrs. Pamela Chan, BBS, JP, Deputy Chairman of the Council and the Court, and Professor Roland T. Chin, President and Vice-Chancellor, on the occasion of the HKBU Diamond Jubilee Wines Tasting Event held on 6 June 2016.

Mr. Siu hoped that his donation could serve as a stimulus to encourage alumni to give back to their alma mater in support of its development. He welcomed any donation amount related to “6” to tie in with HKBU’s 60th anniversary. In response to his appeal, Dr. Liu Chak Wan, Chairman of Liu’s Commerce & Industry Limited, and Mrs. May Liu, both alumni of the Department of English Language and Literature, previously donated HK$600,000 in support of the University’s institutional advancement.