HKBU receives support from alumni in celebration of its diamond jubliee 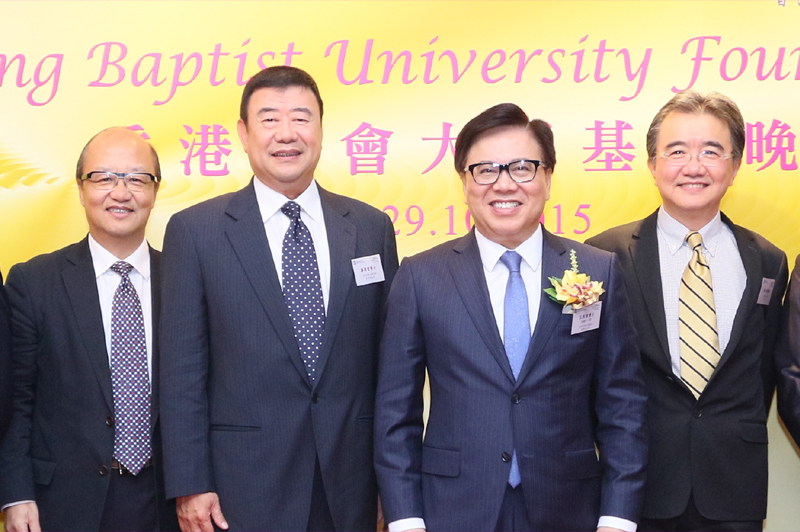 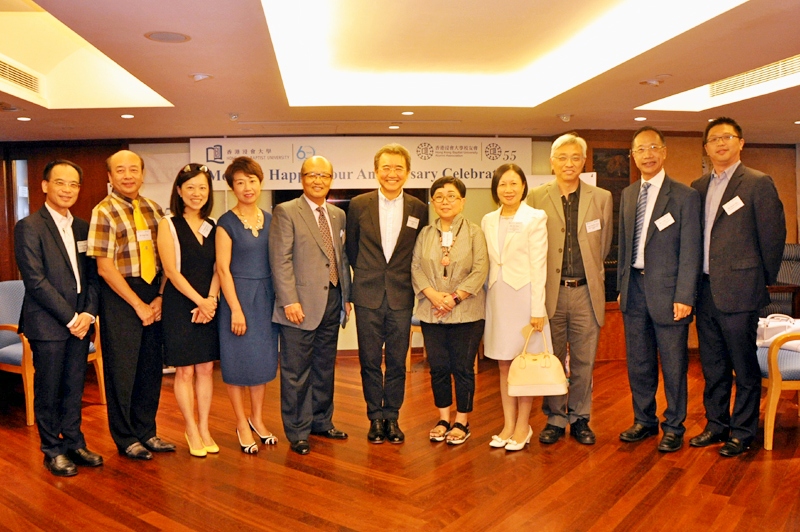 In commemoration of HKBU’s Diamond Jubilee, Mr. Tyrone Siu (fifth from left in the right photo), President of the HKBU Alumni Association, took the initiative to make a generous donation of HK$600,000 in support of his alma mater. He also encouraged a culture of giving among fellow alumni, and made an appeal to any donation amount related to “6” to tie in with HKBU’s 60th anniversary.

A number of alumni responded positively to his appeal. In particular, Dr. Liu Chak Wan (second from left in the left photo), Chairman of Liu’s Commerce and Industry Limited, and Mrs. May Liu, both alumni of the Department of English Language and Literature, made a donation of HK$600,000 for the University’s institutional advancement. Several other alumni also contributed generously to the University by presenting their donation cheques to President Roland T. Chin on the occasion of the HKBU Alumni Association Monthly Happy Hour Anniversary Celebration. With alumni's concerted efforts, a total of HK$1.26 million has been raised from alumni giving. The University is indeed grateful to these alumni for their tireless efforts and significant contributions to their alma mater. Please click here to view the list of donors.