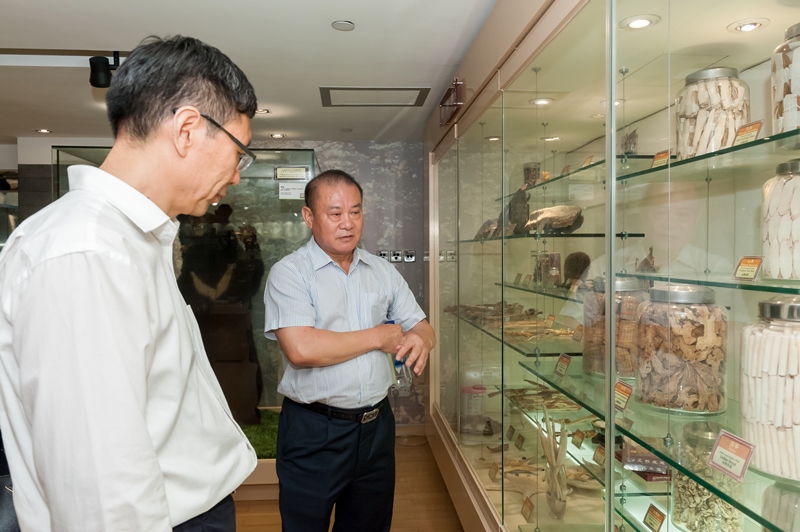 Prof. Yu introduced to Mr. Cheng the exhibits at the Museum of Chinese Medicine 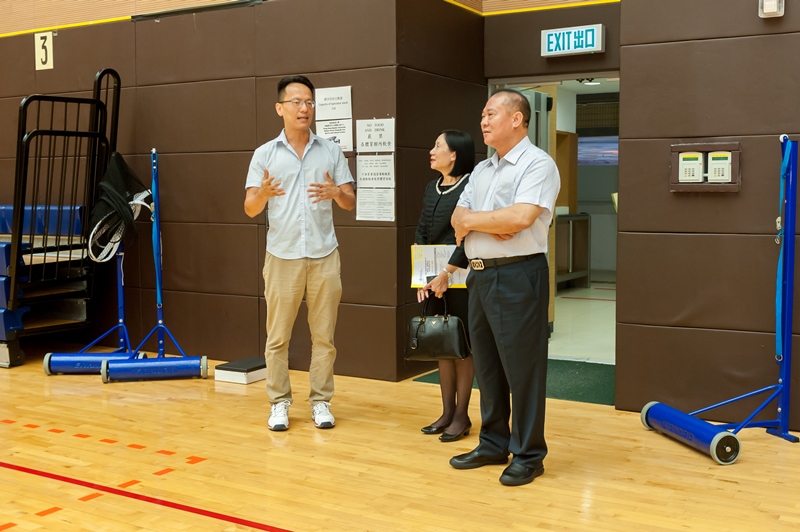 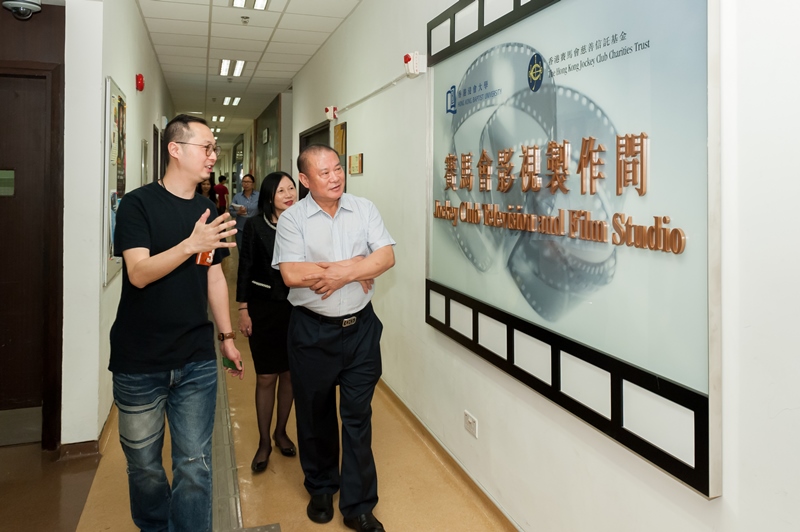 Mr. Cheng was impressed by
the Academy of Film’s facilities 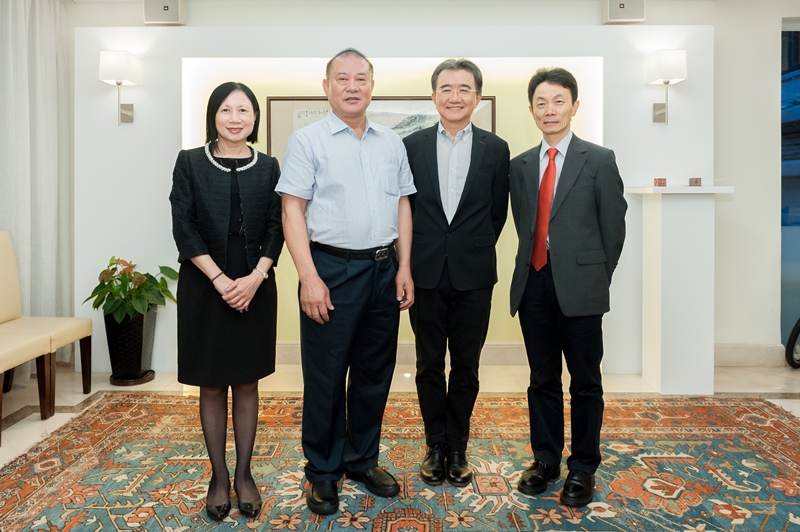 Mr. Cheng Chak Kuen, Chairman of Dongguan Xingye Trade Development Company Limited, visited the University on 20 April 2017.  He was warmly received by Professor Yu Zhiling, Associate Director of the Technology Development Division and Professor of the Teaching and Research Division of the School of Chinese Medicine; Mrs. Lily Chan, Director of University Advancement and Secretary-General of the HKBU Foundation; and representatives from the Department of Physical Education and the Academy of Film.

During the visit, Mr. Cheng toured the campus facilities on Baptist University Road Campus.  He was also showcased the featured facilities and competitive edges of the School of Chinese Medicine and the Academy of Film at HKBU.

Professor Roland T. Chin, President and Vice-Chancellor, hosted a dinner for Mr. Cheng at his residence Shiu Pong Hall after the visit.  They were joined by Mr. C.K. Yeung, Associate Vice-President (Engagement).  Professor Chin expressed his sincere wish to collaborate closely with Mr. Cheng in nurturing young talents for the betterment of the community.