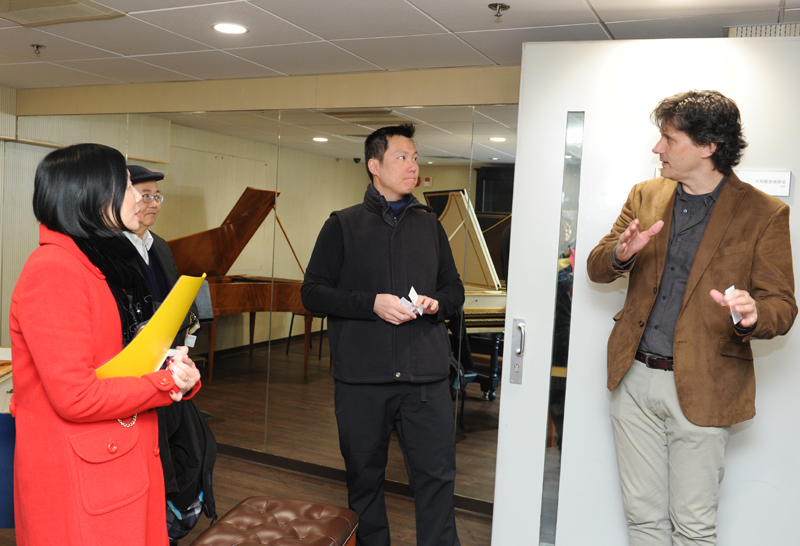 Dr. Winzenburg introduced to the guests the featured facilities at the Department of Music 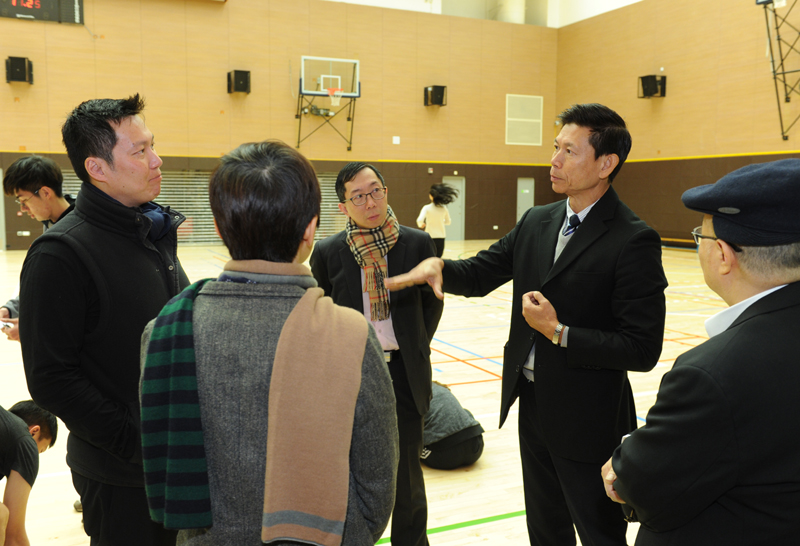 Prof. Chung introduced the sports facilities to the guests 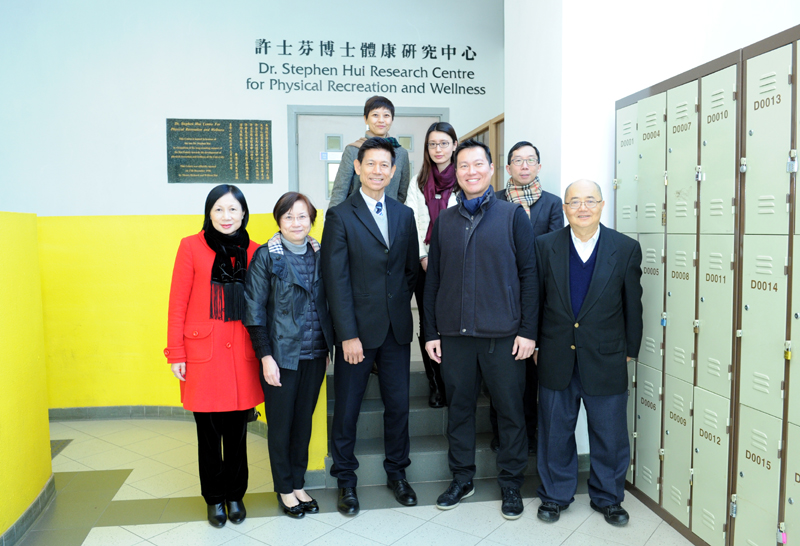 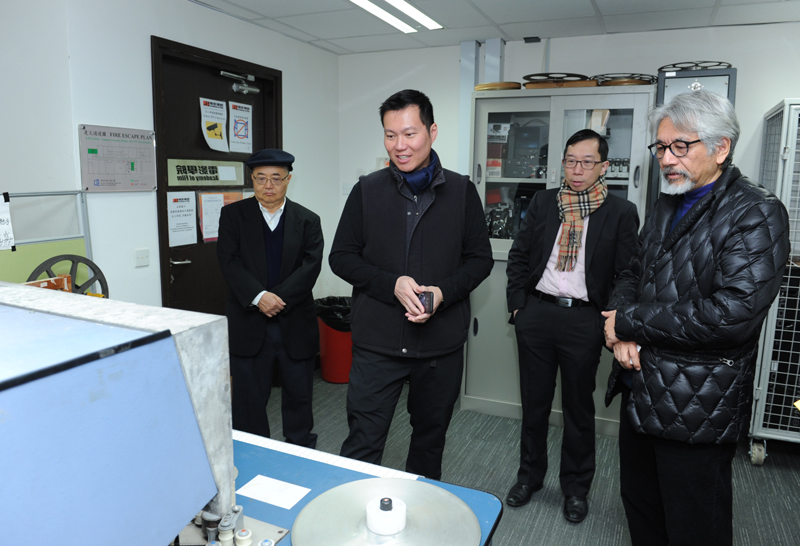 The guests were impressed by the Academy of Film’s facilities 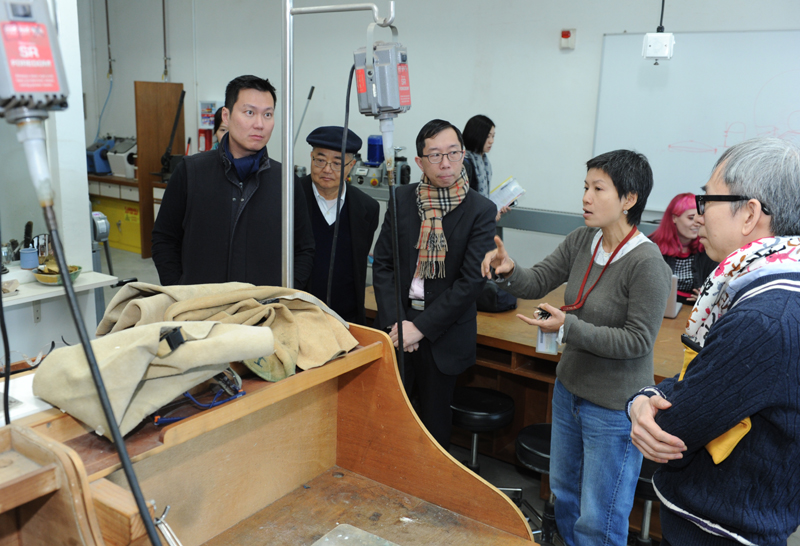 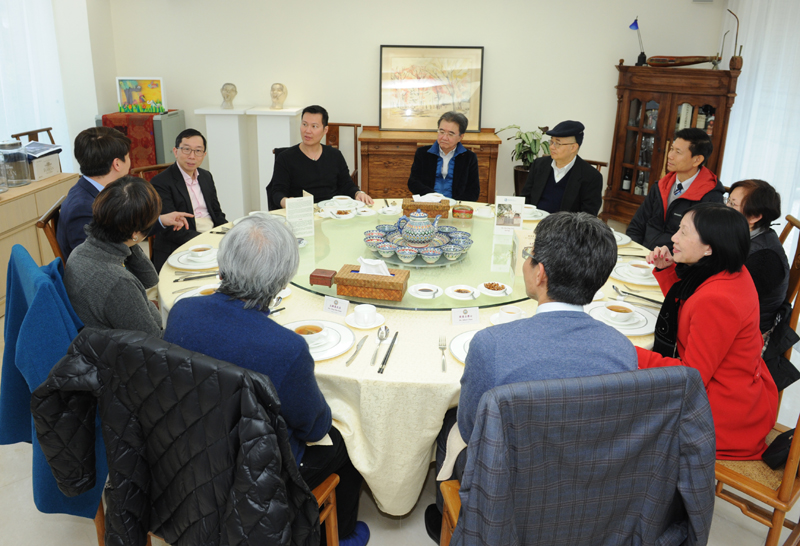 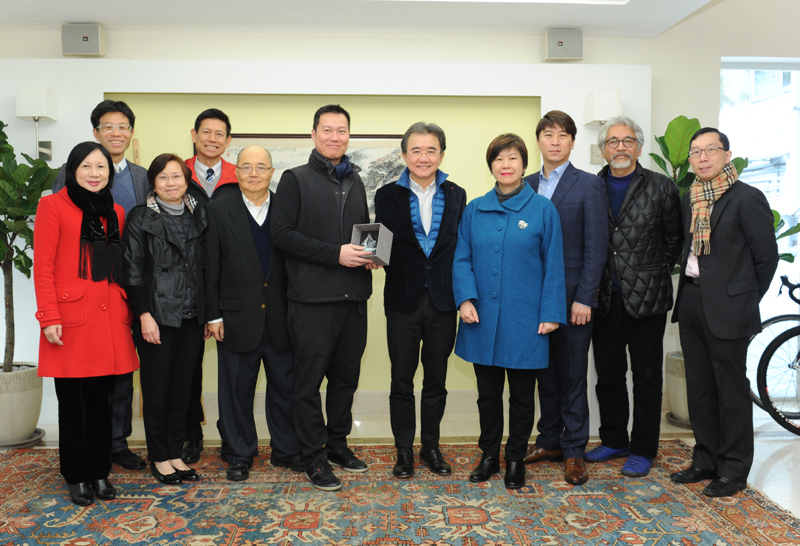 The guests first visited the Department of Music, and then toured around the Department of Physical Education, the Academy of Film and the Academy of Visual Arts. During the visit, the HKBU representatives introduced to the guests the strengths and uniqueness of the University’s teaching and learning programmes. The guests were also showcased the featured facilities and the competitive edges of the University’s development, particularly in the cluster of Creative Media including film, music and visual/media arts as well as Physical Education.

Professor Roland T. Chin, President and Vice-Chancellor, hosted a lunch for the guests at his residence Shiu Pong Hall after the visit. They were joined by Dr. Albert Chau, Vice-President (Teaching and Learning); Professor Johnny Poon, Acting Dean of Arts; and Professor Eva Man, Director of the Academy of Film. Professor Chin expressed his sincere wish to have more fruitful collaborations with Mr. Cheung and his Company, particularly in the areas of Creative Media and Physical Education in the years to come.