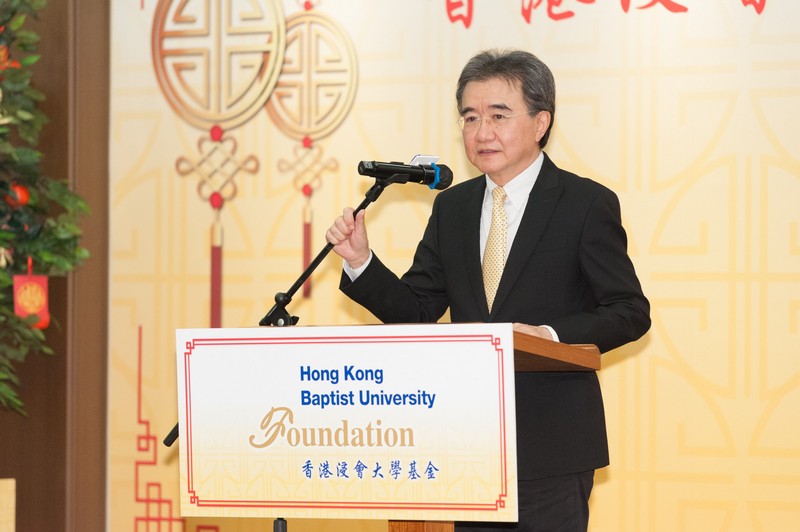 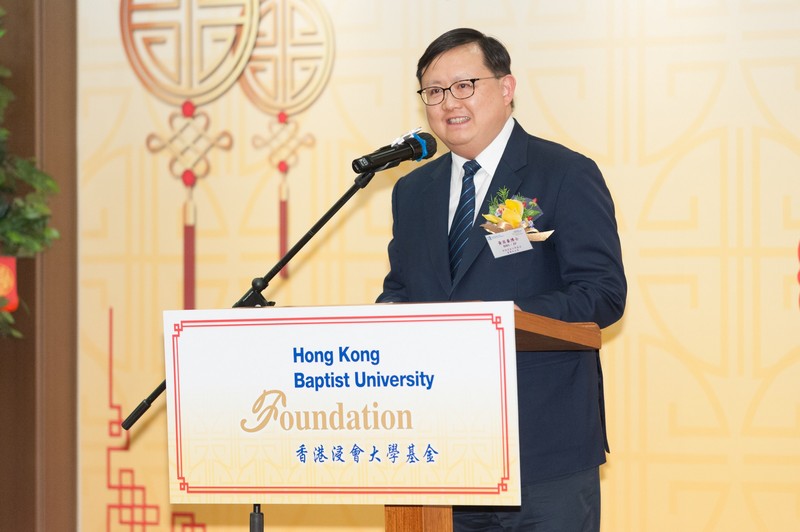 Dr. Kennedy Wong expressed his gratitude to Foundation members for their support 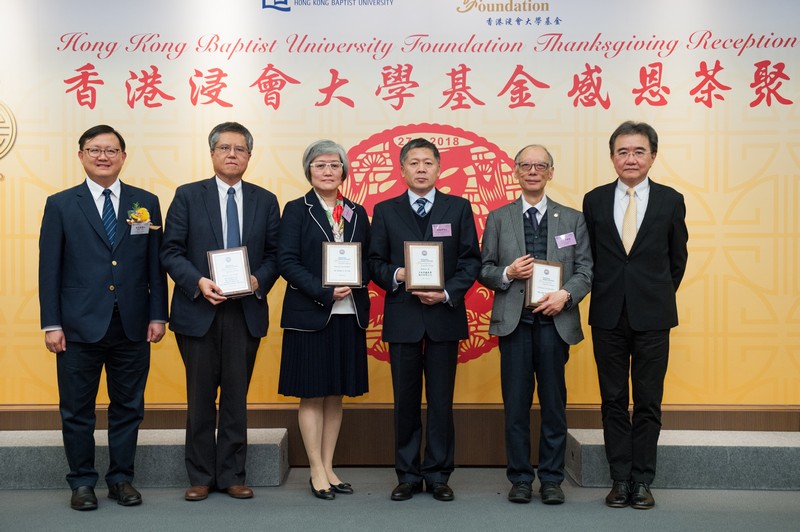 Foundation Certificates were presented to the Honorary Vice-Presidents 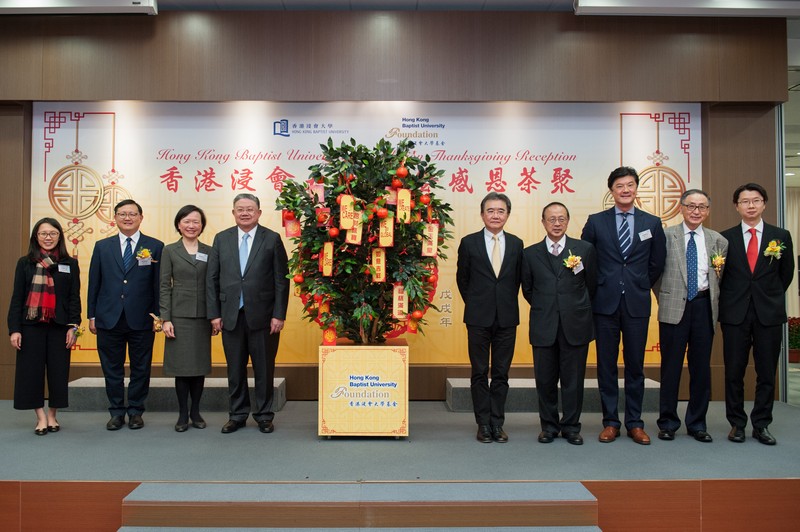 The Thanksgiving Reception of the Hong Kong Baptist University Foundation was held on 27 February 2018 to celebrate the 9th anniversary of the Foundation and to express its heartfelt appreciation to the Foundation members and friends of the University for their ardent support.

In his welcome address, Professor Roland T. Chin, President and Vice-Chancellor, shared with participants the University’s latest development, including the Institutional Strategic Plan (ISP) 2018-2028, Talent100 scheme and the campus development plans. Professor Chin said that HKBU will continue to strive for becoming a leading, research-led, liberal arts University in Asia for the world delivering academic excellence in a caring, creative and global culture. He also thanked members of the Board of Governors of the HKBU Foundation and supporters for their significant contributions to the University’s development over the years.

Dr. Kennedy Wong, BBS, JP, the new Chairman of the Board of Governors of the HKBU Foundation, expressed his deepest gratitude to Dr. Wilfred Wong, GBS, JP, Chairman Emeritus, for leading the Foundation to flourish in the past nine years. He commended that the University had raised more than HK$1.3 billion since the Foundation’s inception in 2009. In addition, the number of Foundation members had increased by nearly four times from 131 to 650. Dr. Wong thanked all donors for their staunch support towards the sustainable development of HKBU and hoped that more individuals and organisations could join hands with the Foundation to further enhance the development of the University in the years to come.

The event was well attended by about 180 guests including members of the Council and the Board of Governors, Foundation members, friends of the University as well as staff and students. They included Mr. Cheng Yan Kee, BBS, JP; Mr. Andrew Yao, BBS, JP; and Ms. Rosanna Choi, Chairman, Deputy Chairman and Treasurer respectively of the Council and the Court; Dr. Ronald Lu, Vice-Chairman of the Board of Governors of the HKBU Foundation; Mr. Sunny Wong, Chairman of the Alumni Committee; Miss Chloe Suen and Mr. Ivan Wong, Co-Chairmen of the Young Entrepreneur Committee; Mr. Billy Hung and Mr. Brandon Liu, JP, members of the Board of Governors; Dr. Pamela Chan, BBS, JP; Mr. and Mrs. Hung Kwong Yee; Dr. Lee Shiu and Dr. Jennie Lee; Ms. Angela Lee Wai Yin, BBS, JP and her husband Mr. Charles Lo; Mr. So Chung Ping, MH; as well as Vice-Presidents, Associate Vice-Presidents and Deans of HKBU.