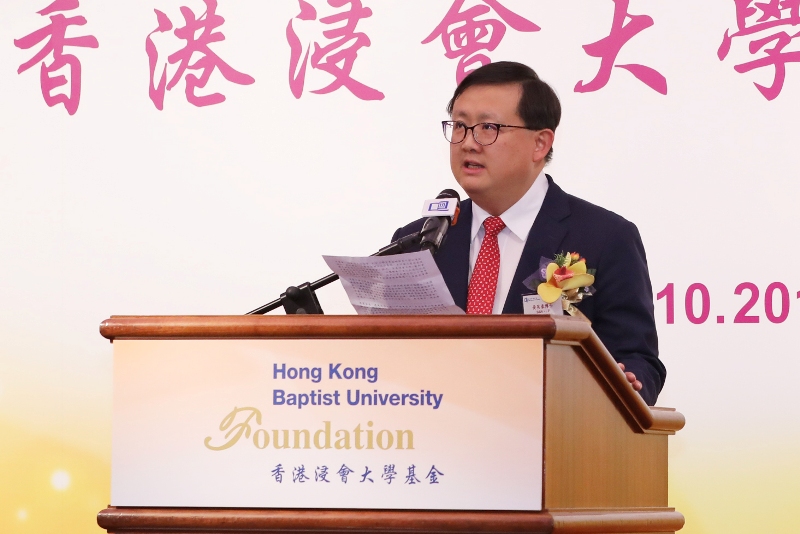 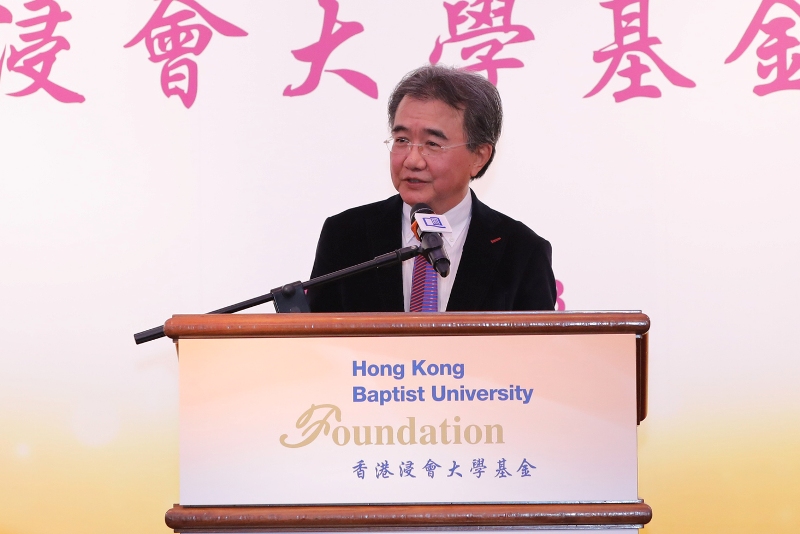 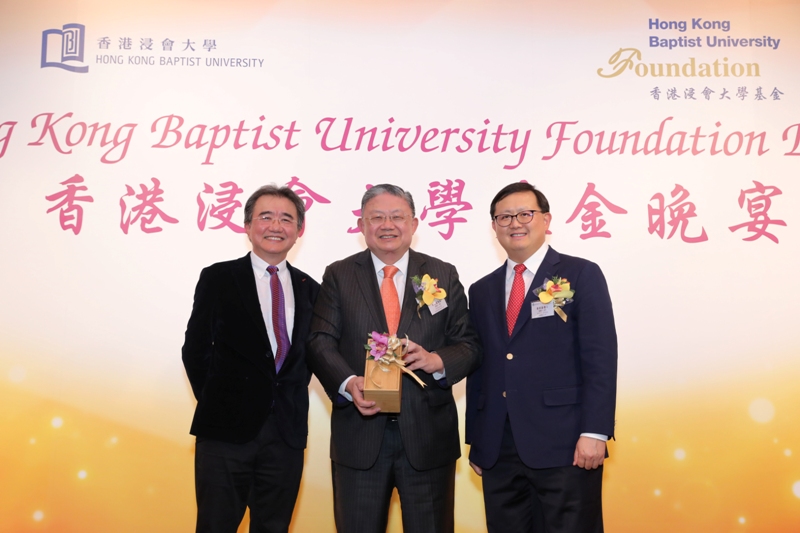 Chairman Wong (right) and President Chin (left) presented a souvenir to Chairman Y.K. Cheng (centre) in appreciation of his longstanding support for the HKBU Foundation 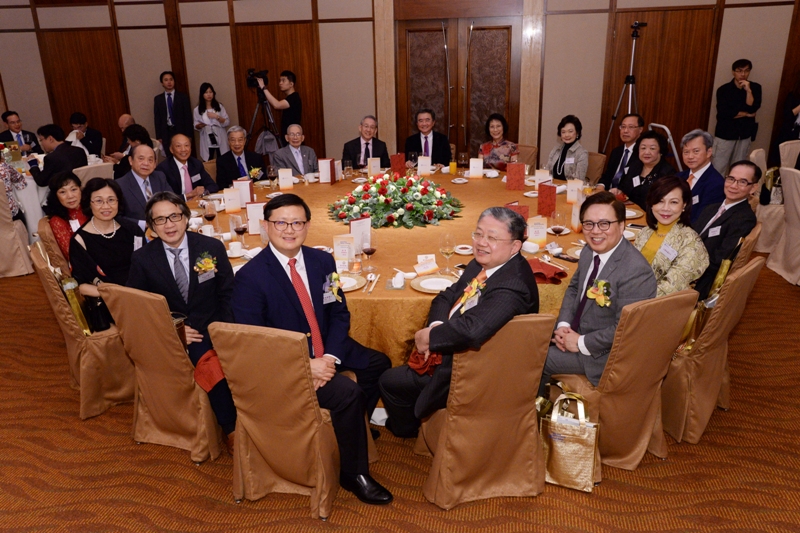 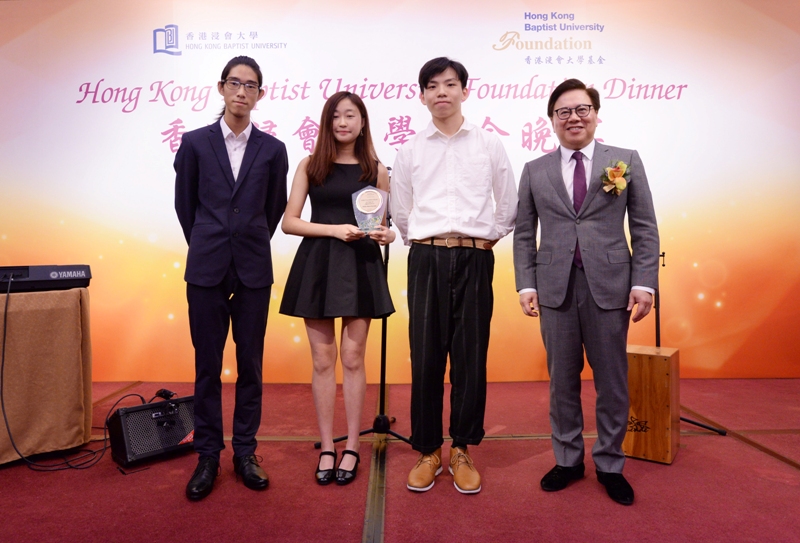 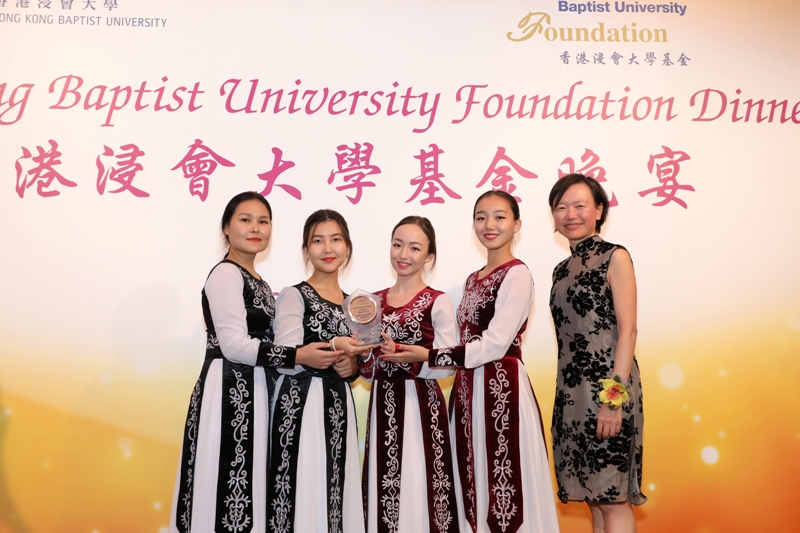 Ms. Rosanna Choi (right) presented a souvenir to the performing students from Kazakhstan 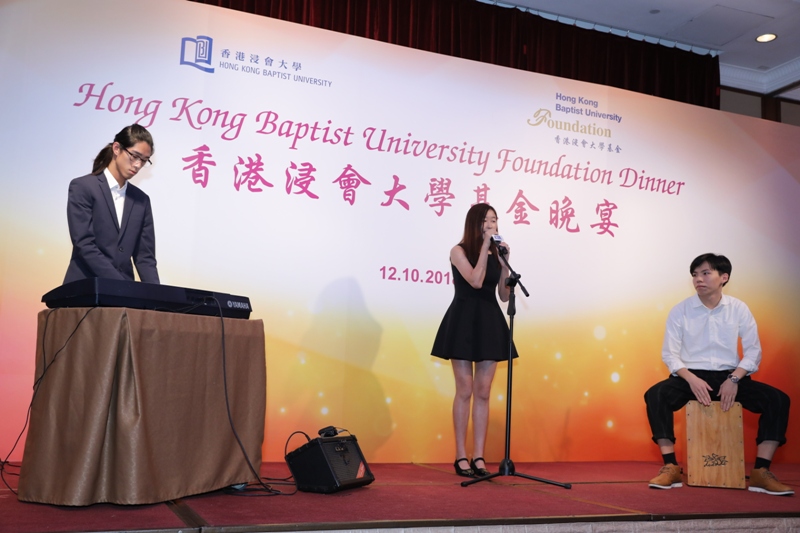 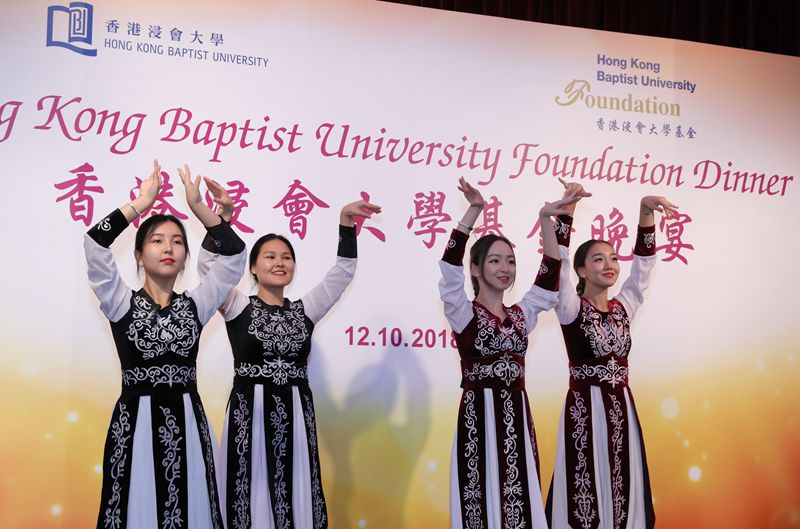 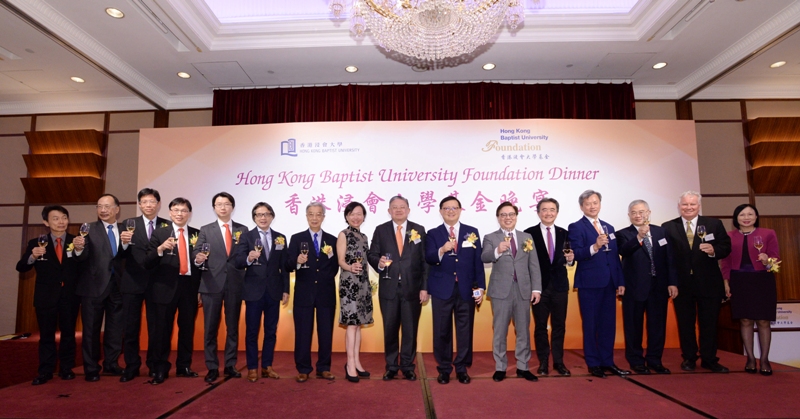 In his welcoming remarks, Dr. Kennedy Wong, BBS, JP, Chairman of the HKBU Foundation’s Board of Governors, shared at the dinner the University's latest developments and expressed his gratitude to HKBU friends from all sectors of society for their generous support over the years. He looked forward to joining hands with them to enable the University to achieve further advancement.

Professor Roland T. Chin, President and Vice-Chancellor, speaking about the University's Institutional Strategic Plan (2018-2028), said it redefines the blueprint of the University's development and ensures that the University maintains its advantages. He noted that the University is recruiting 100 new academic staff from around the world within the next few years as part of its Talent100 initiative. The University has also kicked off the redevelopment plan for the Ho Sin Hang Campus and will build a new hostel and academic building complex on Renfrew Road. The Complex will be equipped with cutting-edge teaching and learning facilities to provide a series of inter-disciplinary programmes related to music and the creative media. In addition, The 1st Global University Film Awards, a flagship event for the University, will be held in November 2018 attended by world-class industry practitioners serving as juries, including Oscar and Emmy award-winning masters.

The Dinner was well attended by around 120 distinguished guests including Mr. Cheng Yan Kee, BBS, JP and Ms. Rosanna Choi, Chairman and Treasurer respectively of the Council and the Court; Dr. Wilfred Wong, GBS, JP, Chairman Emeritus of the HKBU Foundation’s Board of Governors; Ir Professor K.K. Wong, GBS, JP and Dr. Justin Chiu, Vice-Chairmen of the Board of Governors; Dr. Simon Suen, BBS, JP, Co-Chairman of the Entrepreneur Committee; Mr. Dickson Shang, Acting Chairman of the Alumni Committee; Mr. Ivan Wong, Co-Chairman of the Young Entrepreneur Committee; as well as Vice-Presidents, Associate Vice-Presidents and Deans.

The programme was enriched by live performance by the band “Anonymous” from HKBU Band Society as well as national dance performance by students from Kazakhstan. Their marvellous performances made it a thoroughly enjoyable evening for all the guests.

Since its inception in 2009, the HKBU Foundation has raised more than HK$1.3 billion and its membership has grown steadily from 131 to 668, making an impressive growth of more than four-fold. This is a testament to society's support for and recognition of the work of the University.