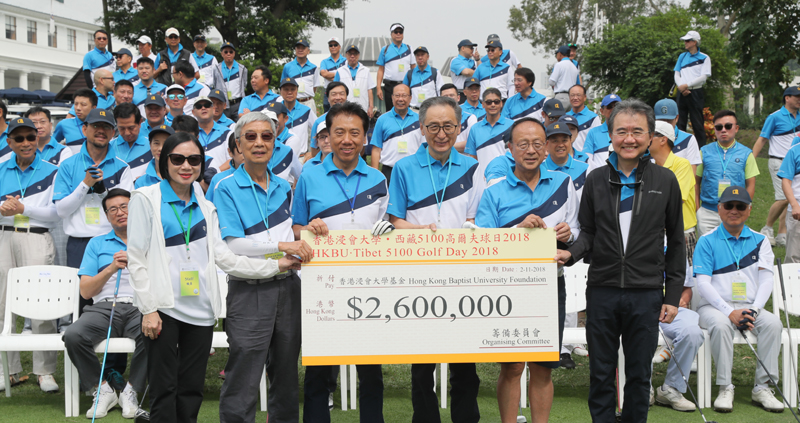 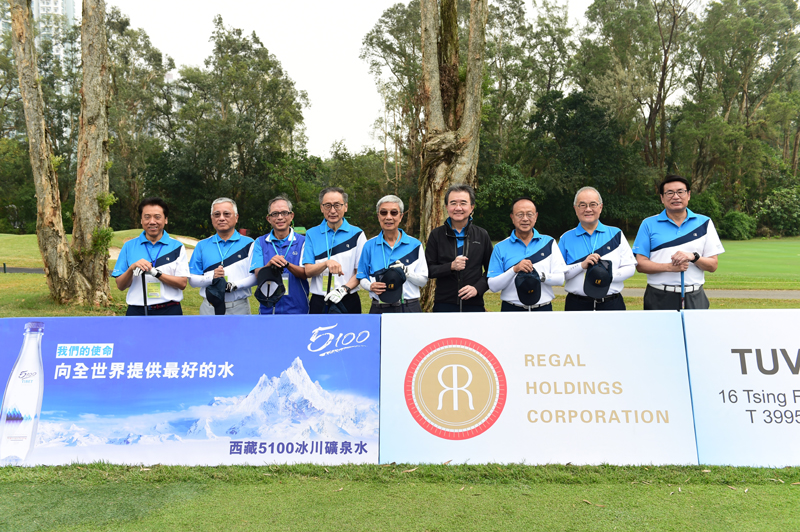 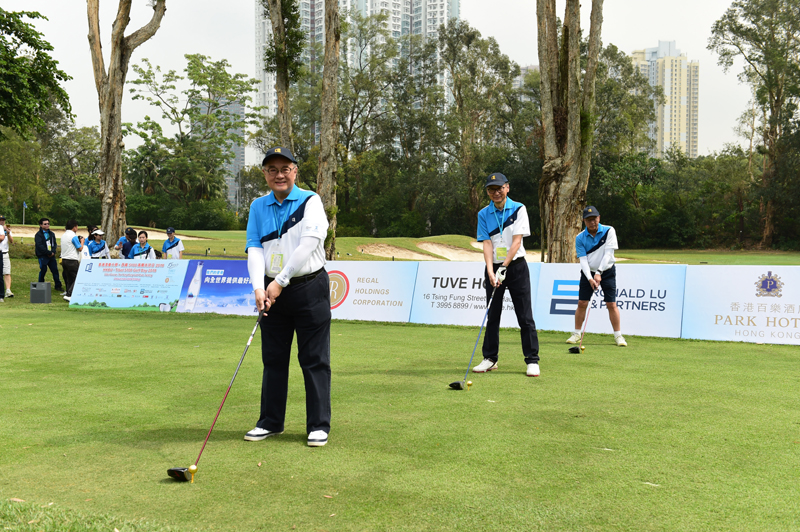 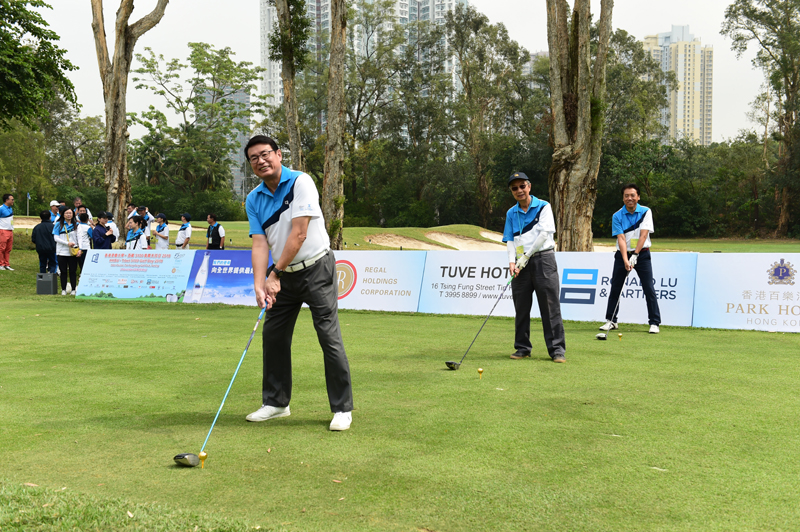 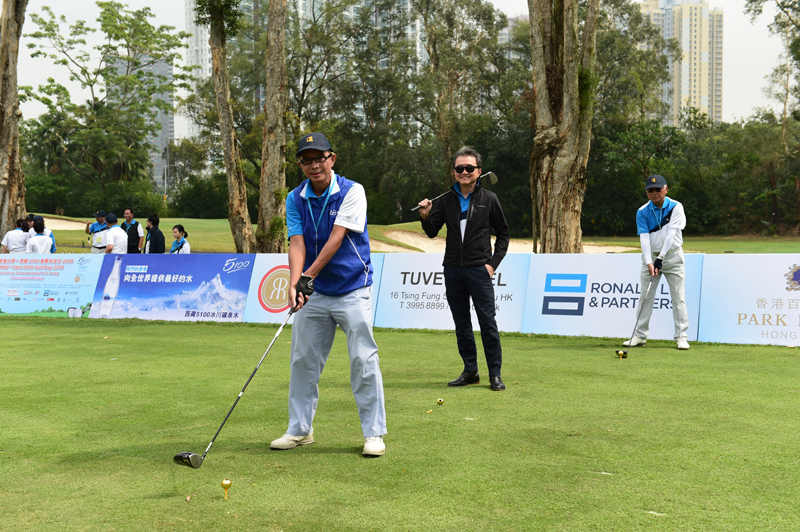 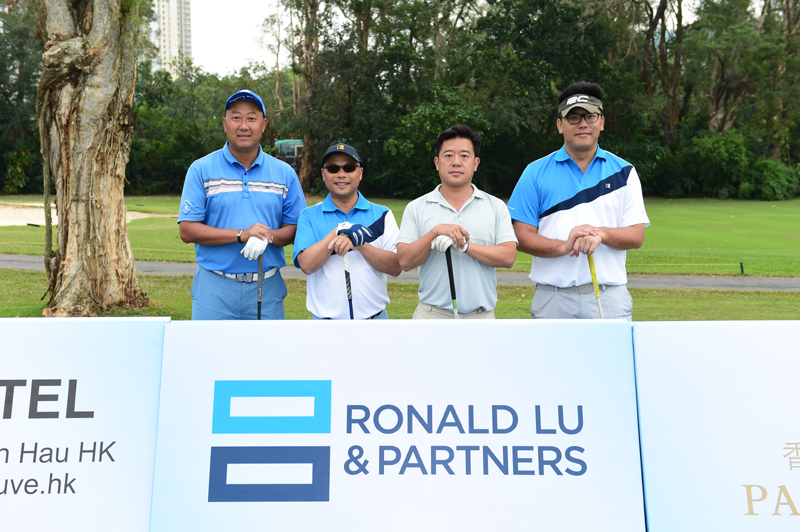 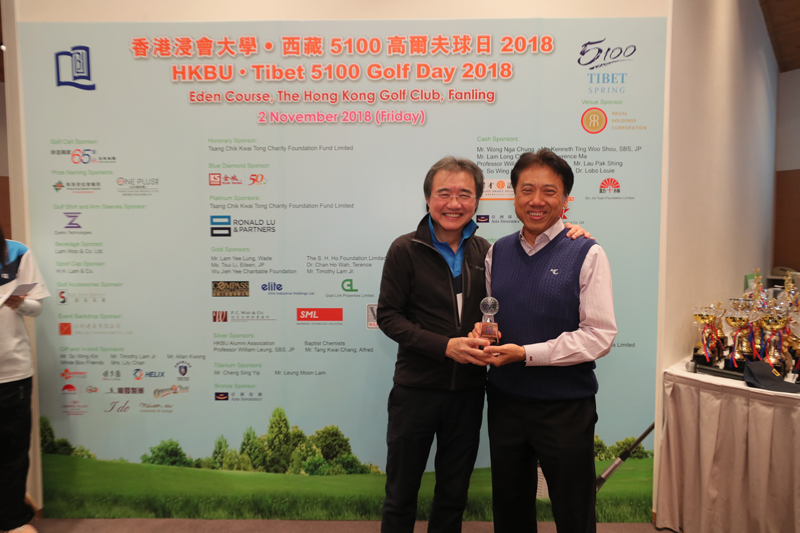 Prof. Roland Chin presented a souvenir to Mr. Allan Kwong (right) in appreciation of his support for the Golf Day for 10 years 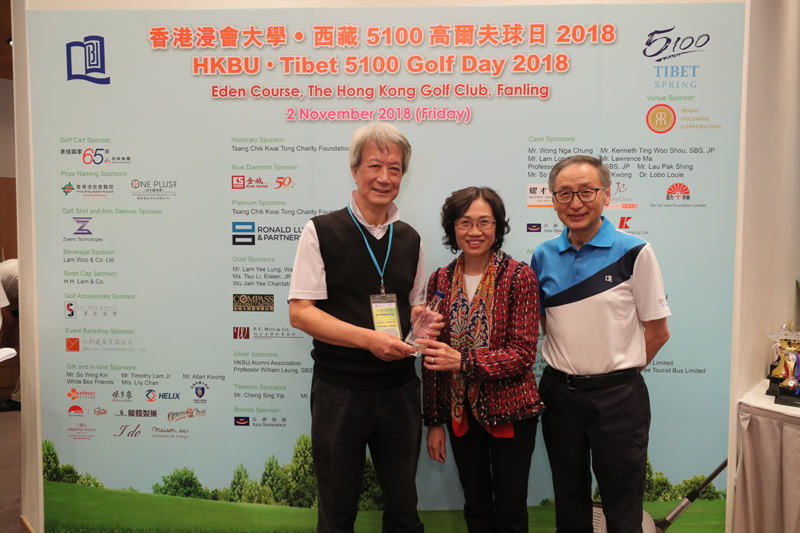 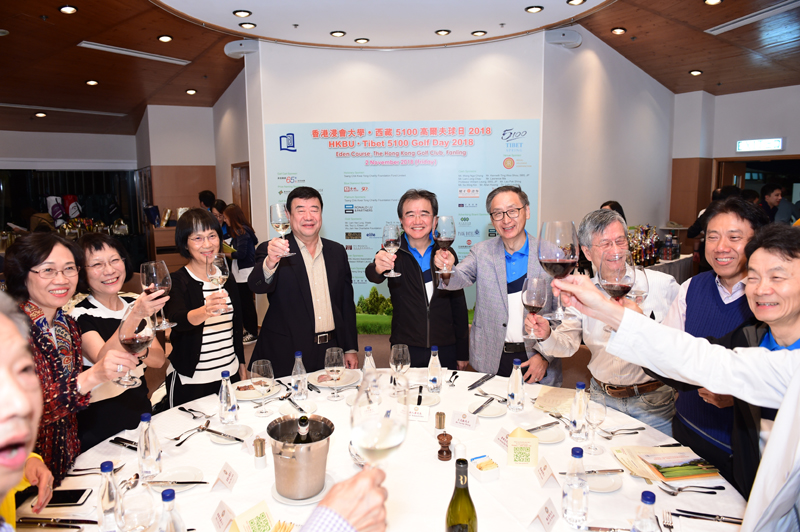 Dr. Liu Chak Wan and Mrs. Liu (fourth and fifth from left) were invited to attend the event 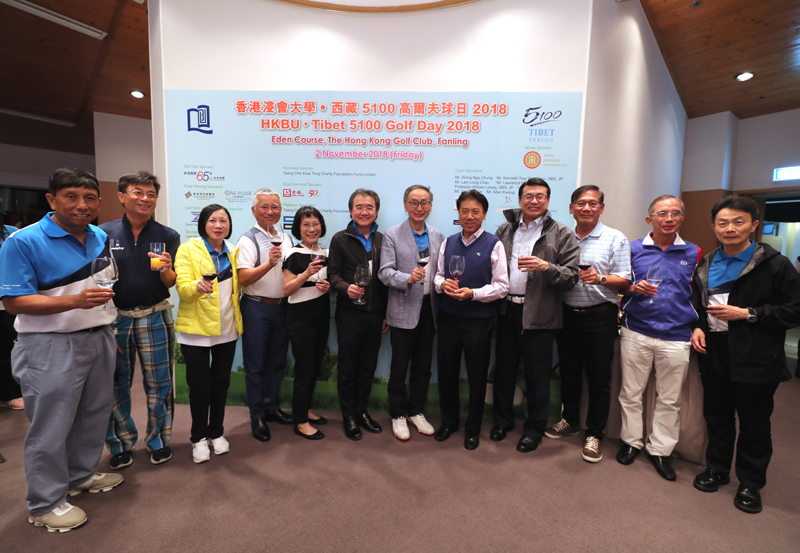 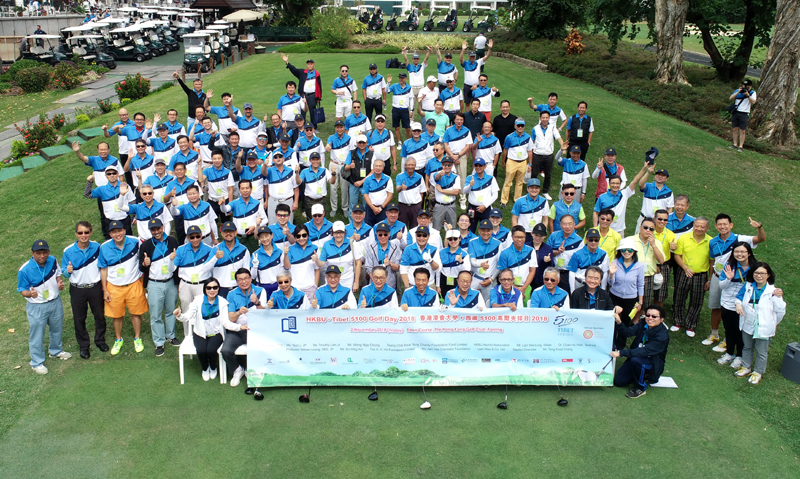 The HKBU ‧ Tibet 5100 Golf Day 2018 was held with great success on 2 November 2018 at the Eden Course of The Hong Kong Golf Club in Fanling. It attracted over 200 participants including 158 golf-lovers who formed 40 teams to take part in the tournament. The event successfully raised HK$2.6 million, the highest amount since the Golf Day was launched in 2004, in support of the University’s 10-year Institutional Strategic Plan. As one of the major fundraising and fellowship events, the annual Golf Day has raised an aggregate amount of HK$16.6 million in the past 15 years. As a token of appreciation, souvenirs were presented to Mr. Allan Kwong, Wu Yee Sun Charitable Foundation Limited and the Shun Hing Group which have provided staunch support for the Golf Day for 10 years.

The fun-filled moments at the Golf Day were captured in the newspaper supplements published in Hong Kong Economic Times and Sing Tao Daily on 9 November 2018.