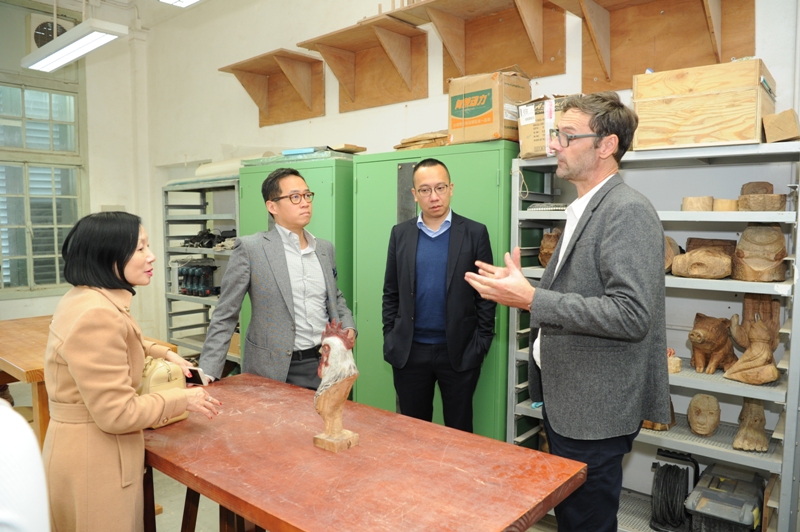 The guests toured around the AVA on the Kai Tak Campus 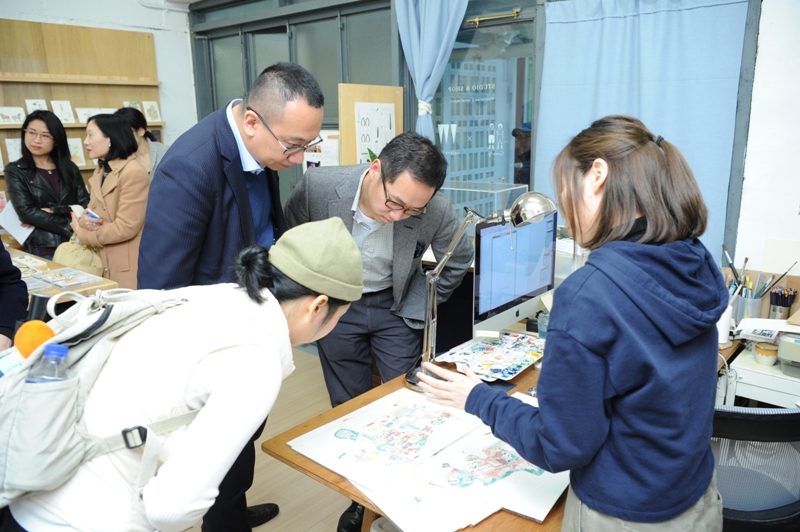 At the JCCAC, the guests found the paintings of a Visual Arts graduate impressive 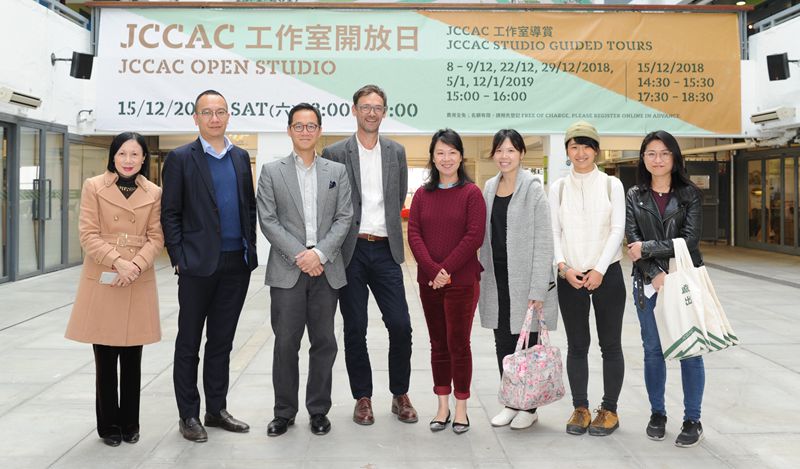 Mr. Paulo Pong, JP, Managing Director of Altaya Group International Limited, and Mr. Kevin Liem, Chief Investment Officer of CBH Asia Limited, visited the Academy of Visual Arts (AVA) on the Kai Tak Campus and the Jockey Club Creative Arts Centre (JCCAC) on 11 December 2018. They were warmly received by Professor Louis Nixon, Director of the AVA; Mrs. Lily Chan, Director of University Advancement and Secretary-General of the HKBU Foundation; and Ms. Lillian Hau, Executive Director of the JCCAC. During the visit, the guests were first showcased the featured facilities and competitive edges of the AVA on the Kai Tak Campus. They then toured around the studios set up by some artists and cultural organisations at the JCCAC.