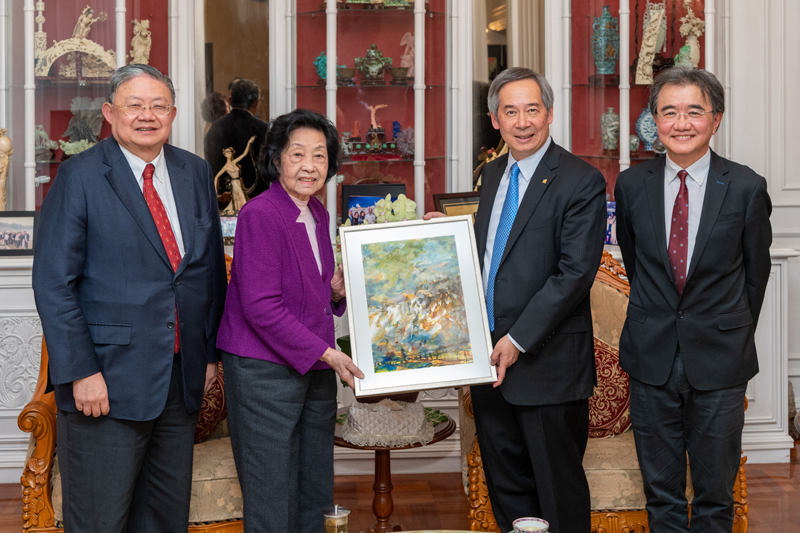 In appreciation of the donors’ generosity, a recognition ceremony was held on 12 September 2019. Officiating at the ceremony were representatives of the Foundation, Shiu Pong Enterprises Limited and the Hung family including Dr. Hung Yeung Pong Wah, Mr. Billy Hung and Mrs. Simmy Hung, and Mrs. Elizabeth Hung Wong; Dr. Clement Chen, GBS, JP, Chairman of the Council and the Court; and Professor Roland T. Chin, President and Vice-Chancellor.

Professor Chin expressed his deepest gratitude to the Foundation, Shiu Pong Enterprises Limited and the Hung family for their tremendous contributions towards the University’s Institutional Strategic Plan 2018-2028. In particular, the generous donations will enable the University to achieve its aspirations of delivering the best student experience, producing world-class research and sustaining academic excellence through investments in people, governance and facilities.

The Foundation was founded by the late Dr. Hung Hin Shiu, a dedicated supporter of HKBU. Starting in the 1970s, Dr. Hung not only actively participated in the University’s affairs, but also contributed tremendously to the University’s governance and strategic development by serving on the Council, the Court and the HKBU Foundation’s Board of Governors, as well as Chairman of several fundraising committees. He was conferred the honorary degree of Doctor of Business Administration in 1993 in recognition of his remarkable contributions to HKBU and the community. In loving memory of her late husband, Dr. Hung Yeung Pong Wah, Chairman of the Foundation and Shiu Pong Enterprises Limited, has continued his philanthropic endeavours, making substantial contributions to the growth and development of the University over the years. In 2011, the Foundation and the Hung family generously donated HK$100 million to the University to establish the “Institute of Creativity – Dr. Hung Hin Shiu Development Fund” in support of the Institute’s development, research projects and academic exchange activities. In recognition of Dr Hung Yeung Pong-wah's distinguished contributions to HKBU and to society, she was awarded the honorary degree of Doctor of Humanities by the University in 2015. 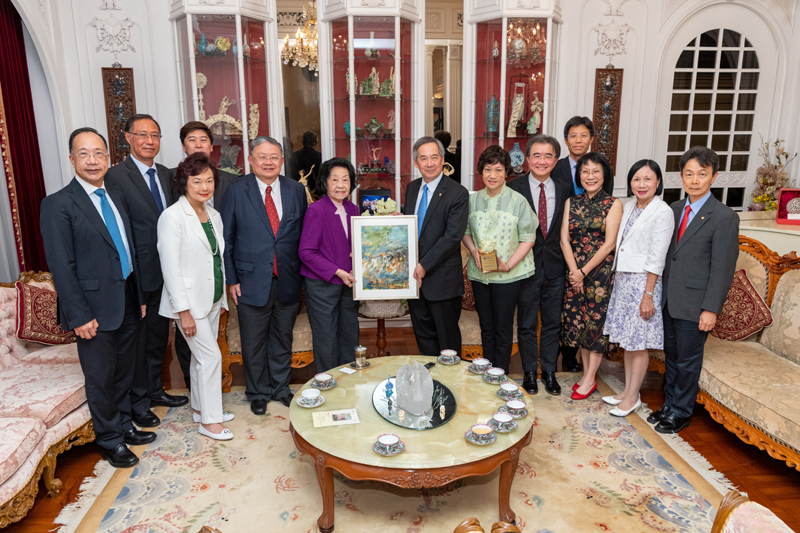