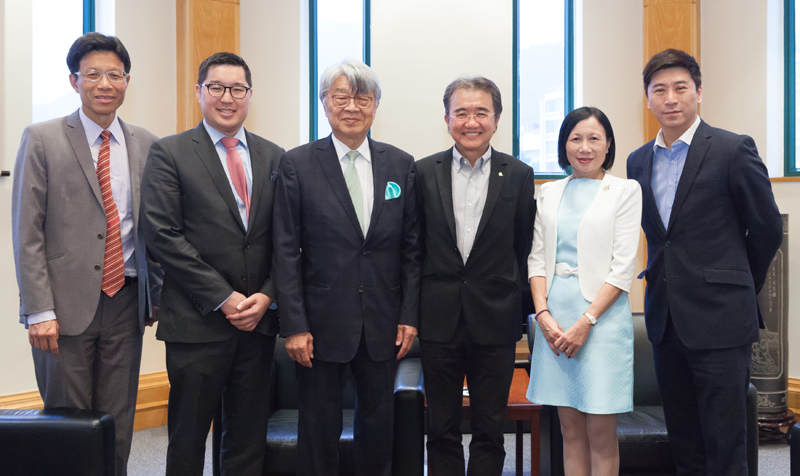 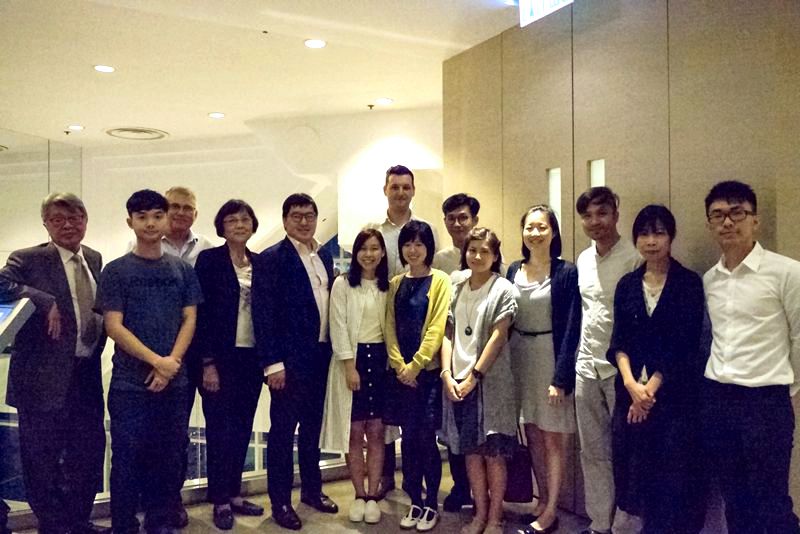 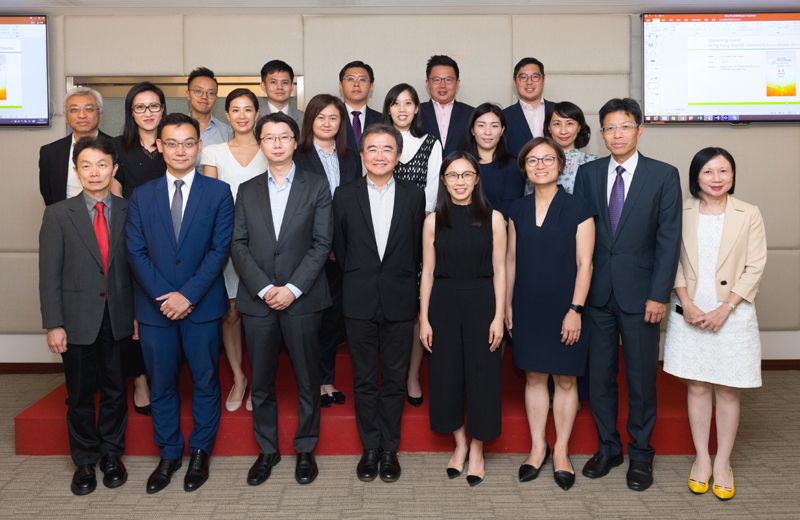 Isaac joined the Young Entrepreneur Committee of the HKBU Foundation, offering his advice on how to cultivate students’ entrepreneurial spirit 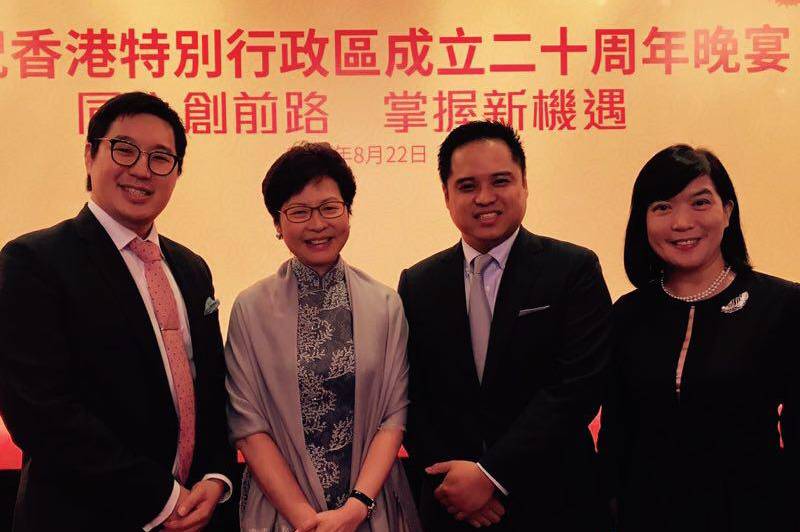 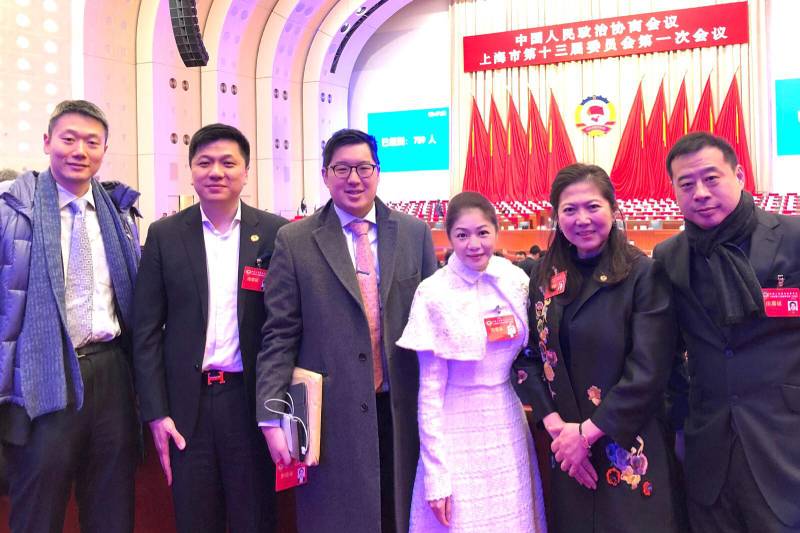 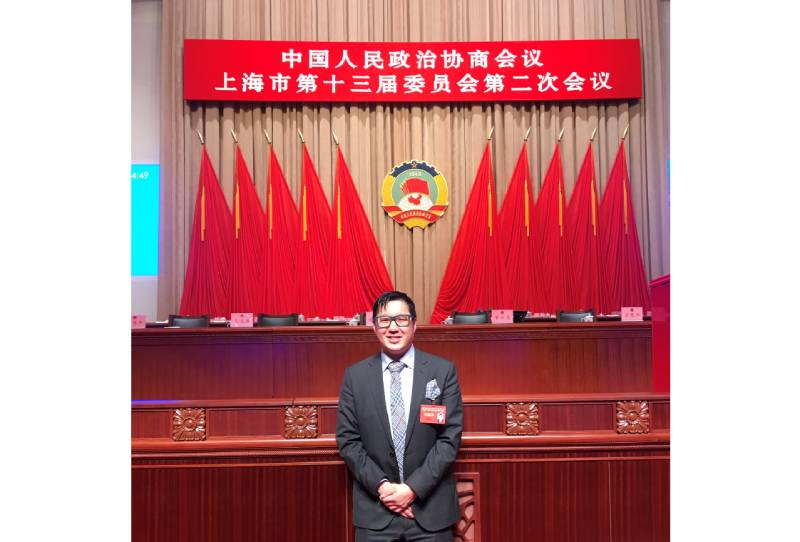 Isaac serves a lot of public capacities related to Shanghai 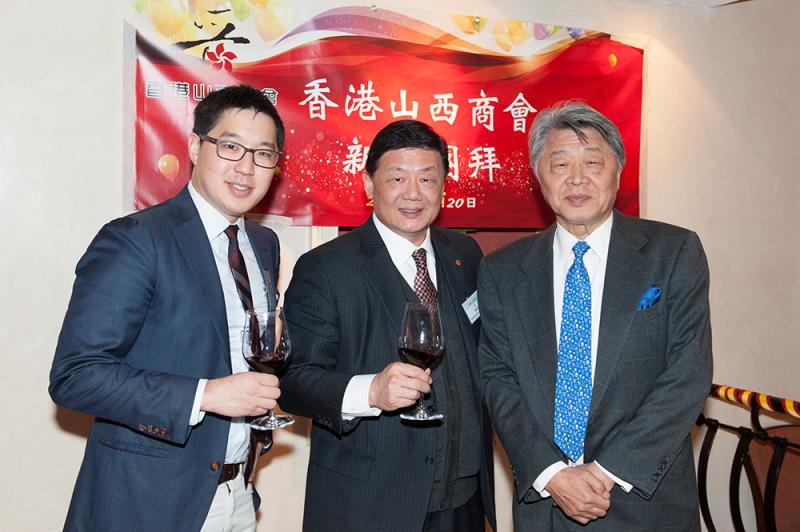 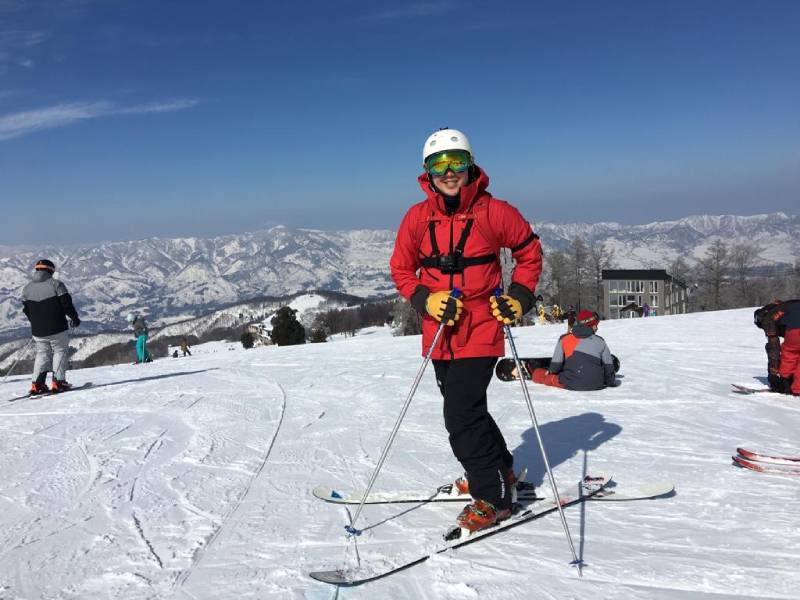 “I really admire my grandfather and father for their lifelong commitment to philanthropy. They have done a great deal, especially in education, to give back to society. To them, it is not only about the amount of donations but, more importantly, about being thoughtful about how the donations can benefit and impact the students to the fullest extent possible. My sisters and I always talk about the ways in which we can continue their legacy.” So said Mr. Isaac Liu, Chief Operations Officer of Rich Trend Properties Limited, our interviewee in this issue’s Members in Focus.

Preserving the family’s heritage
Isaac’s late grandfather, Mr. Liu Hao Tsing, was highly respected in Hong Kong and the Mainland as an entrepreneur and philanthropist. He founded Feoso Oil Ltd. in 1973 and managed several dozen enterprises in Hong Kong, Mainland China, Singapore and other countries. In 1986, he established the Liu Hao Tsing Education Foundation through which he made his valuable contributions to the development of education both in Hong Kong and Mainland China. His son and Isaac’s father, Mr. Brandon Liu, carried on his father’s business and philanthropic endeavours. On the one hand, he expanded and diversified the family business; on the other hand, in addition to the work of the Liu Hao Tsing Education Foundation, he initiated a host of programmes and charitable funds to help people in need. The Liu family has indeed earned an exceptional reputation as unstinting philanthropists. Now the time has arrived for the third generation to carry on the family’s legacy.

“I always have had a passion for helping others, most probably inspired by my father and grandfather. Money comes and goes. Of course it can help pay your bills, but it cannot buy happiness,” said Isaac. “Moreover, I've always considered myself an essential part of a group that has the privilege of preserving my grandfather’s legacy and heritage. It is not just a question of responsibility or the expectation of my family; I simply want to do it.” With this conviction, Isaac returned from the United States to Hong Kong three years ago, not only joining the family business but also taking up many public duties.

All in the family
Before coming back to Hong Kong, Isaac worked at the construction financing division of the Shanghai Commercial Bank Limited in New York, where he realised how passionate and enthusiastic he is about the real estate sector. In Isaac’s words, he was “thrown into something he really loves”. Given his wide experience in this field, he is now in charge of the real estate investment and development business for the family. “Our investments are Asia- and US-focused. We have invested and developed in Hong Kong, Singapore, Shanghai and Tokyo in Asia; and we also have several investments in Seattle and New York,” said Isaac.

In addition to running the family business, Isaac is the Director of Lead Fortune Technology Limited, a company that provides strategic solutions and technical advice in fleet management for companies in Hong Kong and the Mainland. “Tracking devices are installed in the vehicle fleets. Clients can then know where their vehicles are going, how fast they are going, therefore ensuring the drivers are driving safely and the fleet is on the right track,” Isaac explained. “This business is quite interesting! We find out the specific problems each client faces and then use technology to provide tailored solutions.” Isaac indicated that the idea behind this company came from his father and it is now run by his elder sister. He also contributes to the Company’s growth by formulating its marketing strategies and identifying its clients. Is it challenging to work with one’s own family members? He laughed and then answered, “I enjoy working with my family as we are really close and I love to see them every day, but the challenge is that everyone still talks about work during family vacations!”

Service to the community
Since the Liu family came from Shanghai, much of Isaac’s work in his public capacities is Shanghai-related. He is a Member of the Shanghai Committee of the Chinese People’s Political Consultative Conference (CPPCC). He was the youngest CPPCC member when he first attended the organisation’s meetings three years ago. Later, he joined the Hong Kong-Shanghai Youth Association and the Hong Kong-Shanghai Economic Development Association. Isaac said he loved being able to help strengthen ties between Hong Kong and Shanghai.

Isaac has frequently travelled to Ningbo, visiting the elementary and middle schools founded through his family’s Foundation. The Liu Hao Tsing Education Foundation has two schools in Ningbo and an international school in Shanghai. All of them are non-profit organisations and the income they generate goes to the Foundation. Isaac said he visits the schools frequently to find out what support they need and help out as much as he can.

Praise for HKBU students
Isaac had his first encounter with HKBU students through an internship programme organised by the Hong Kong-Shanghai Youth Association. The programme offered internship opportunities for Hong Kong university students at companies in Shanghai such as the Shanghai Media Group and DreamWorks. Isaac was responsible for interviewing candidates and mentoring the awardees. Some of them were from HKBU and Isaac gained a highly favourable impression of them. “I grew up and received education in the United States, so I did not know much about universities in Hong Kong. I was really amazed by the calibre of the candidates. Their English and Mandarin are excellent!” acclaimed Isaac. “More importantly, they are hardworking and willing to step out of their comfort zone.” He has kept in contact with his mentees from HKBU. Two of them have moved to Shanghai and he will visit them when he goes there. “I feel satisfied when they said that they had gained a lot from the internship programme. It is also good to see that they enjoy their life in Shanghai,” said Isaac.

Promoting entrepreneurship and internship
Mr. Brandon Liu, Isaac’s father, has supported a business start-up programme for students and graduates of HKBU’s Academy of Visual Arts since 2014. The Young Creative Entrepreneur Award, as the programme is known, provides awardees with seeding funds to finance their creative businesses. Candidates are required to write up their business proposals and pitch them to judges. Isaac has been on the judging panel for the past two years. He said that artists have now become more capable of thinking about their work from an entrepreneurial perspective. “Previously, students or graduates only focused on their art and mentioned little about their actual business. But this year, they came up with business plans and budgets, giving methodical and articulate presentations.” Isaac noted most of the art businesses that have received funds have been successful. “We originally expected half of the businesses to fail, but the actual success rate turns out to be 95%! This is highly gratifying, as it is our hope that these young artists can turn something they are passionate about into a business that can provide a living.”

Last year, Isaac joined the newly established Young Entrepreneur Committee of the HKBU Foundation, offering his invaluable advice on how to enrich students’ learning experience and cultivate their entrepreneurial spirit. Isaac believes that internships provide excellent out-of-classroom learning opportunities for university students, a view probably based on his personal experience. “I once worked as an intern at the Four Seasons Hotel in Shanghai. I rotated through all the departments in three months. I tidied up rooms for one week and washed dishes for another. I also worked as a concierge, a waiter and a bartender. It was very hard work, but it was also fun and an incredible learning experience.” It seems that Isaac and his father share a belief – that one can learn a great deal from out-of-classroom experience and that academic achievements alone do not mean everything. As Isaac said, “A couple of scholarships established by my father do not require recipients to have excellent academic results. Students can receive funding as long as they can graduate from their universities.”

Brimming with energy and passion
Everyone can tell after meeting him that Isaac is highly energetic and also open-minded. He is passionate about all aspects of life, as is shown by the wide and diverse variety of interests he pursues. He is very fond of skiing, so much so that he qualified as a skiing instructor. He plays rugby, a sport he fell in love with as a boy. He loves travelling as he enjoys experiencing different local cultures and savouring local cuisines. In the musical field, he plays the drums and joined several jazz bands when he lived in New York. Every year, he attends various art events in Hong Kong and travels to Shanghai for its Art Fair. He also acquires art expertise from his friends who run galleries in Hong Kong.

Having this vibrant, youthful presence on board is an invaluable gain both for the Young Entrepreneur Committee and HKBU’s students, for whom he will serve as an inspiring role model and a source of encouragement not only in their present studies but also in their future endeavours. 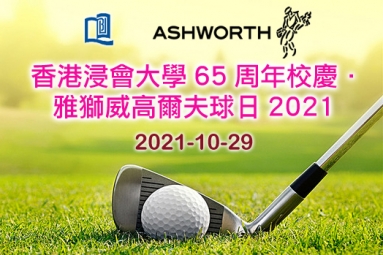