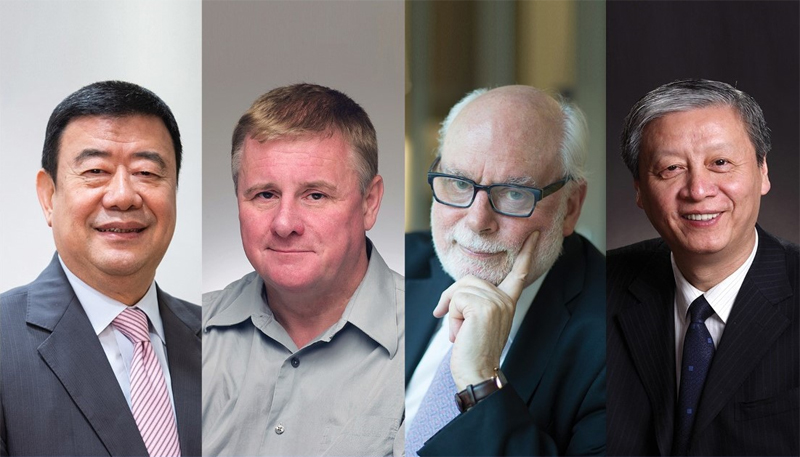 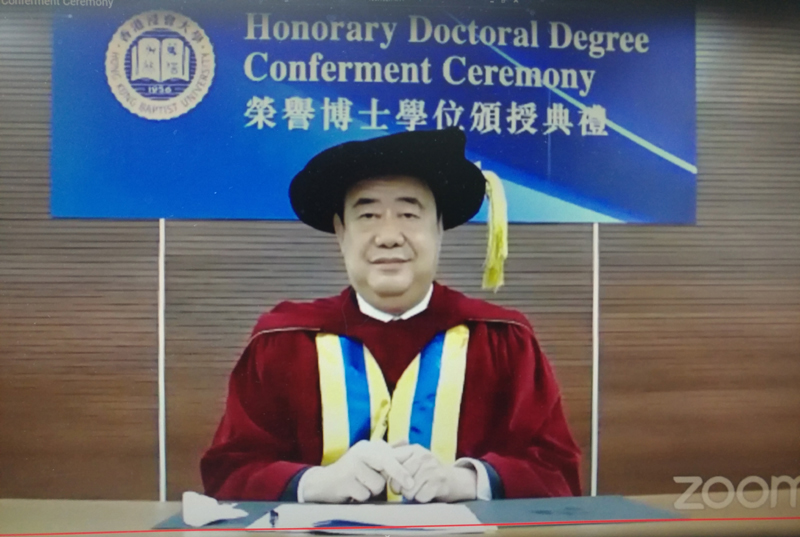 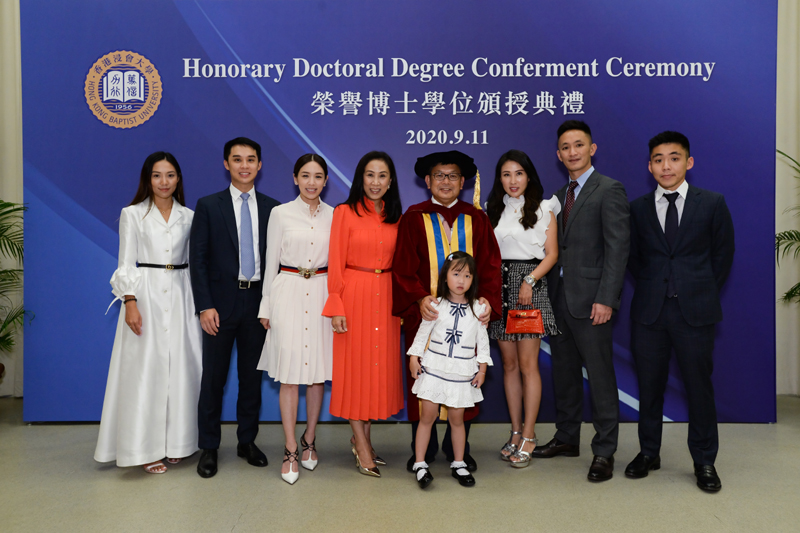 Dr. Yim and his family 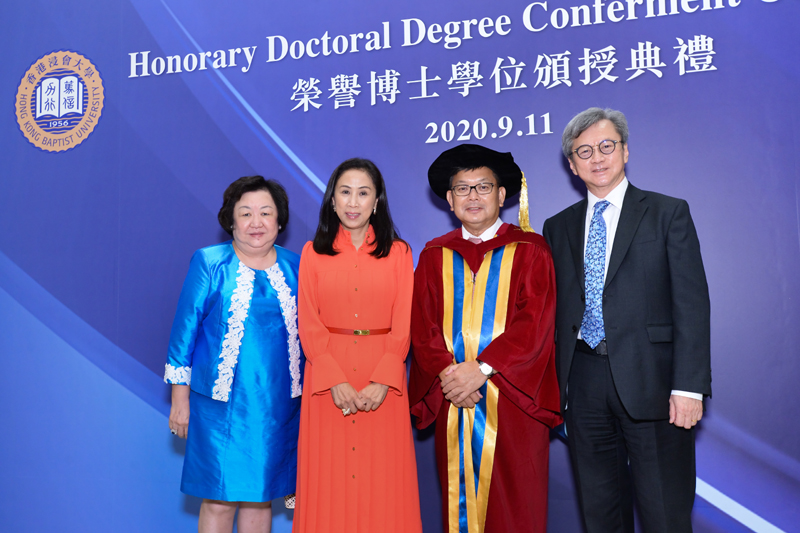 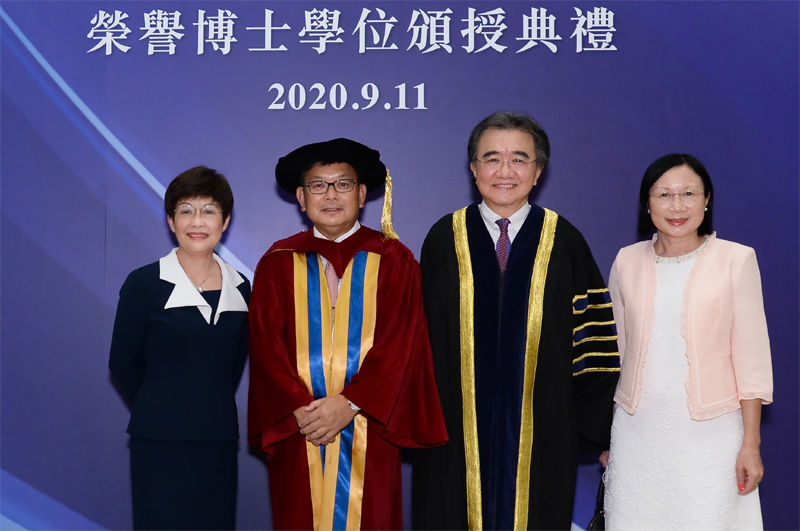 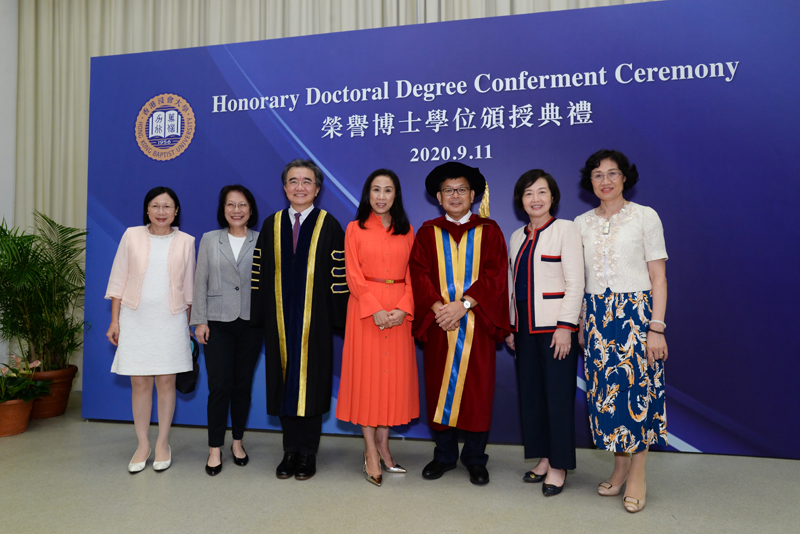 Dr. Yim’s friends and HKBU representatives extended their warmest congratulations to him 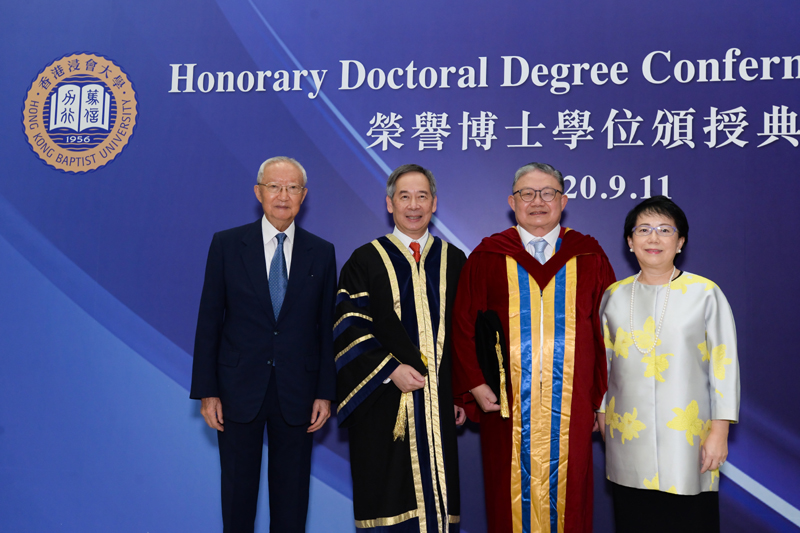 Dr. Cheng, his father (left) and his wife (right) posed for a photo with Dr. Clement Chan 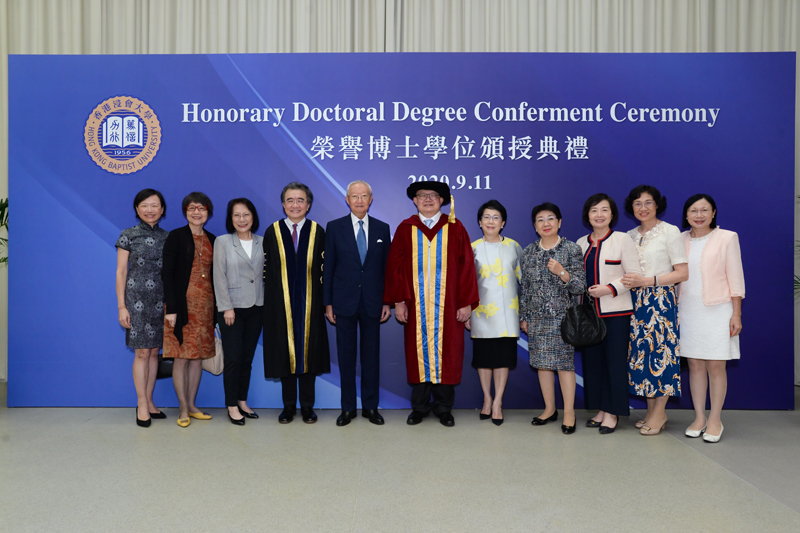 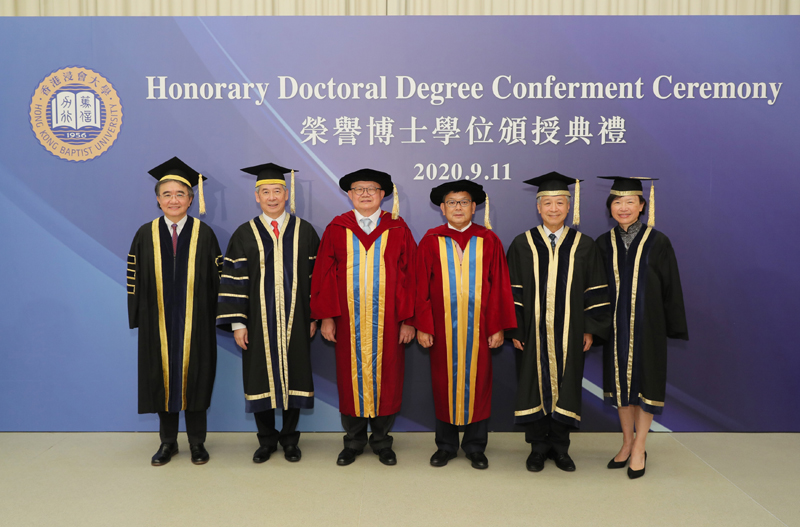 
The University conferred honorary doctoral degrees upon six distinguished persons on 11 September 2020 to recognise their outstanding professional achievements and remarkable contributions to society.

The other recipients were Professor Jeremy K. Nicholson, a pioneer in biomedicine, and Professor Sir Fraser Stoddart, a trailblazer in molecular mechanostereochemistry, who were bestowed the degree of Doctor of Science, honoris causa; and Professor Zhong Binglin, a renowned educator, who received the degree of Doctor of Social Sciences, honoris causa. For more details of the six recipients, please click here.

The conferment ceremony was presided by Dr. Clement Chen, GBS, JP, Chairman of the Council and the Court of HKBU. At the ceremony, Professor Roland T. Chin, President and Vice-Chancellor of HKBU, said in his address that our world is in chaos as we have been hit by social unrest, the pandemic, geopolitical tensions and climate change. He added that it is against this global backdrop of confusion and distress that we gather here to honour six individuals who re-instil hope in us and restore smiles to our faces.

“From science and business to education and engineering, all culminating in service to humanity, the six honorary doctoral degree recipients have dramatically changed the way we live. Their vision and capability to make a meaningful impact on society and our lives is especially inspiring at this difficult time as we struggle with newly emerging global challenges and search for opportunities for creativity and growth,” said President Chin.