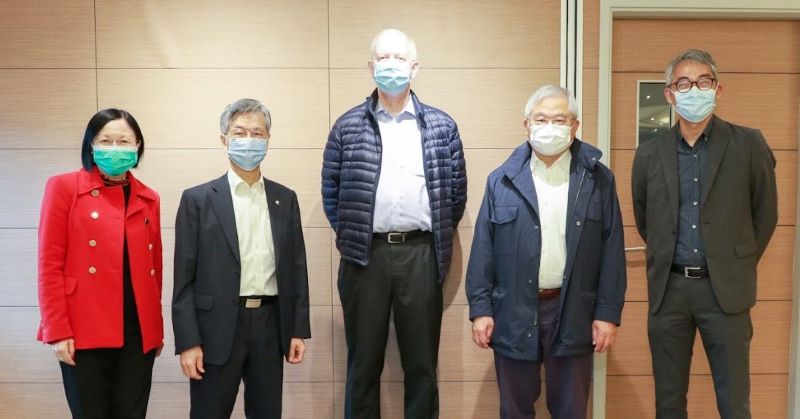 Professor Edward Snape, Dean of Business, recently hosted a luncheon in honour of Professor Dickson Shang, Adjunct Professor of the School of Business; and Mr. Wong Nga Chung, President of Nakagawa Electronics Limited, to express our sincere appreciation for their staunch support for the School of Business over the years. They were joined by Mrs. Lily Chan, Director of University Advancement and Secretary-General of the HKBU Foundation; and Dr. Ludwig Chang, Associate Head and Assistant Professor of the Department of Finance and Decision Sciences.

During the luncheon, Professor Snape shared the work progress of the exchange programmes supported by the donors. He thanked for their generosity which has helped students with financial difficulties participate in overseas exchange, a truly invaluable experience for their personal development.

Professor Shang and Mr. Wong are Honorary University Fellows of HKBU, Honorary Permanent Presidents of the HKBU Foundation and Members of the Foundation’s Alumni Committee, as well as Patrons of the HKBU Century Club. As long-standing supporters of their alma mater, they regularly make generous donations in support of the University’s various endeavours, including the establishment of scholarships, the Finance Students Real Money Investment Fund and the Entrepreneurship Bootcamp for the School of Business.