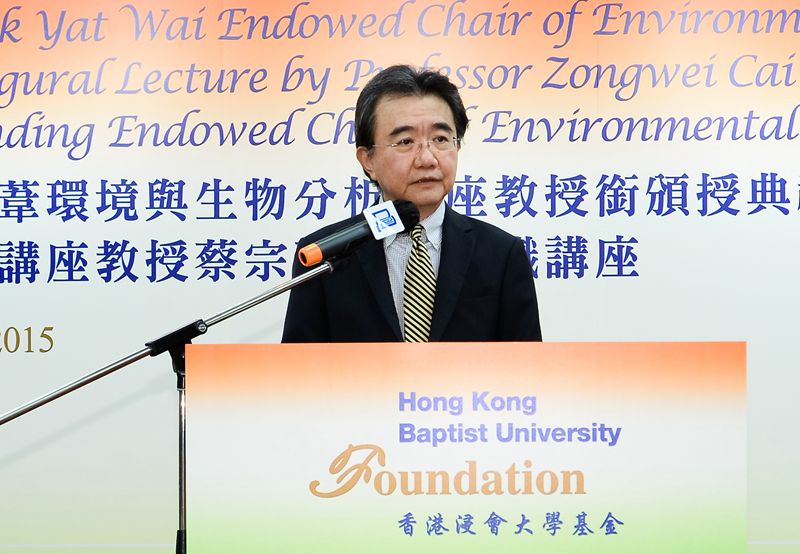 Prof. Roland Chin expressed his gratitude for the donor's support 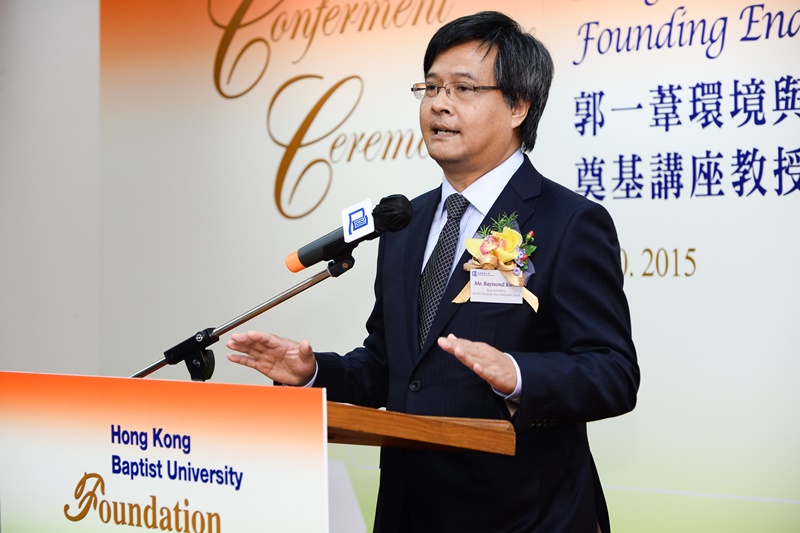 Mr. Raymond Kwok delivered a speech at the ceremony 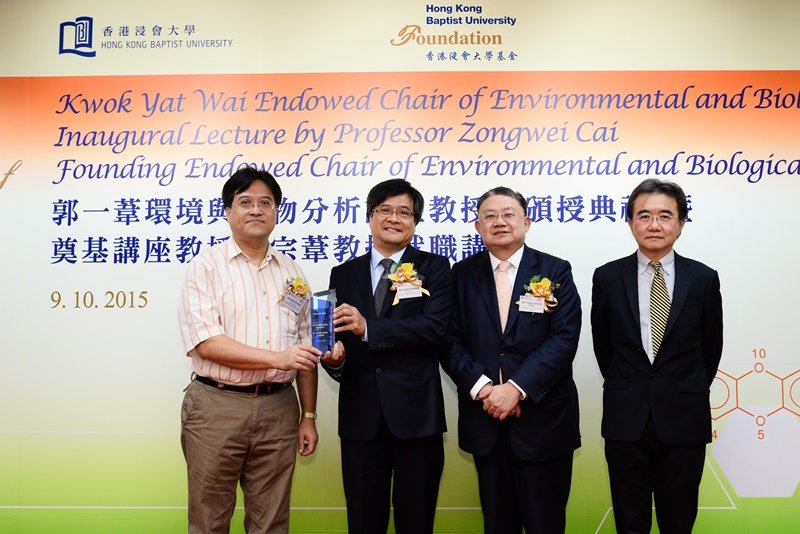 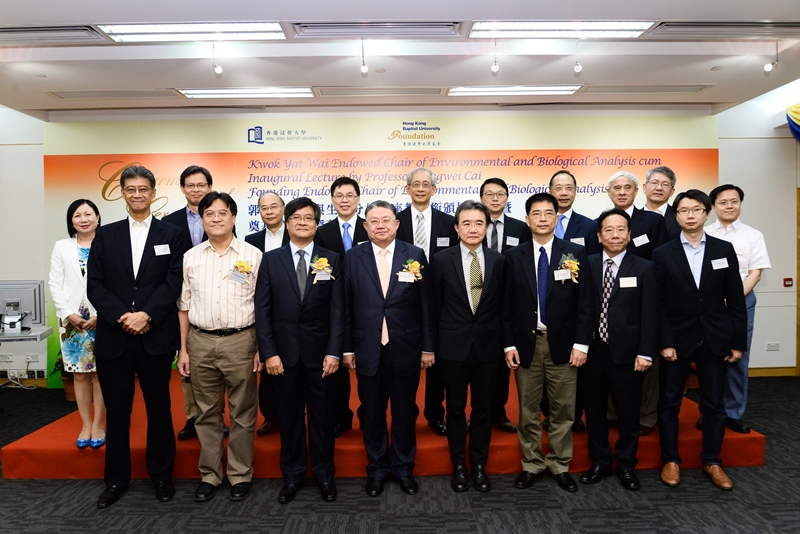 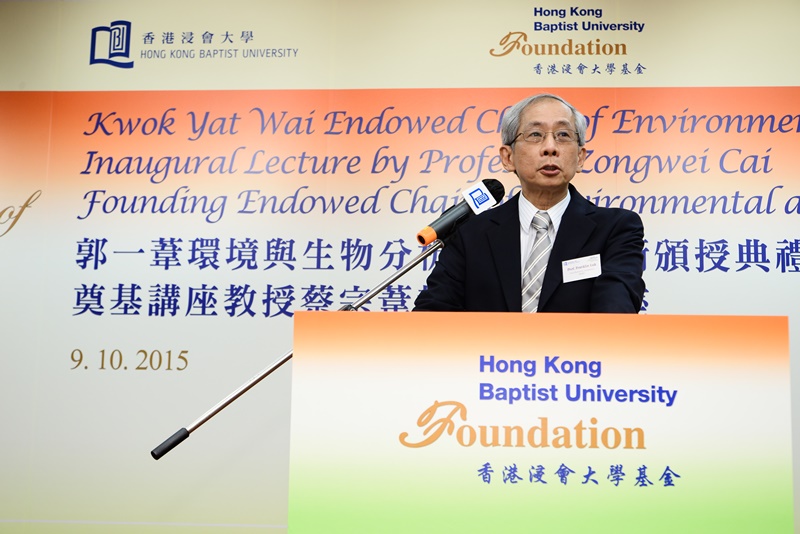 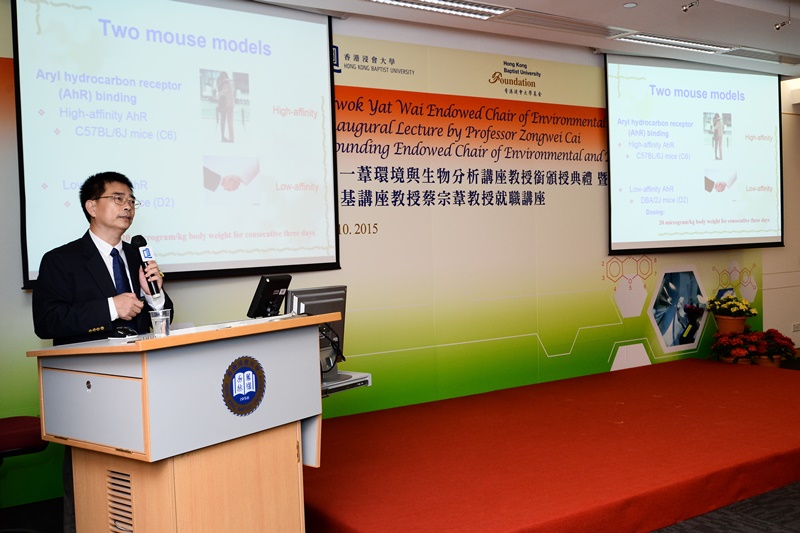 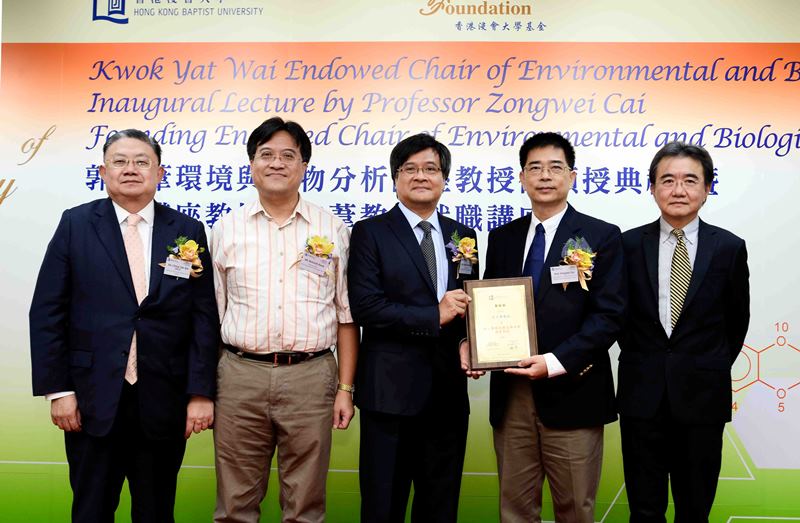 The University recently received a generous donation from the Kwok Chung Bo Fun Charitable Fund in support of the establishment of the Endowed Chair of Environmental and Biological Analysis. The professorship is aimed at enhancing HKBU's research development of environmental and biological analysis and reinforcing the University's leadership in this field in the international academic arena. Professor Zongwei Cai, currently Chair Professor of Chemistry, Director of the Dioxin Analysis Laboratory, and Director of the Partner State Key Laboratory of Environmental and Biological Analysis, was appointed to this Endowed Chair at a conferment ceremony held on 9 October 2015. The ceremony was officiated by Mr. Raymond Kwok and Mr. Kenneth Kwok, representatives of the Kwok Chung Bo Fun Charitable Fund, Mr. Cheng Yan Kee, BBS, JP, Chairman of the Council and the Court, and Professor Roland T. Chin, President and Vice-Chancellor.

At the ceremony, Professor Roland Chin expressed his heartfelt gratitude to the Kwok Chung Bo Fun Charitable Fund for its generosity. He also appreciated the Kwok brothers for their staunch support and tremendous contribution to HKBU in support of its whole person education and various endeavours over the years. In his speech, Mr. Raymond Kwok shared the Christian message of "Love" and he hoped that the establishment of the Endowed Chair of Environmental and Biological Analysis could further promote the University's research and academic activities for the benefit of the community.

Following an introduction to the academic achievements and contributions of the Founding Endowed Chair of Environmental and Biological Analysis by Professor Franklin Luk, Vice-President (Academic), Professor Zongwei Cai delivered his inaugural lecture entitled "Monitoring of Persistent Organic Pollutants under the Stockholm Convention and Human Health". The lecture evaluated the effectiveness of the Stockholm Convention and its related issues with regard to human health.