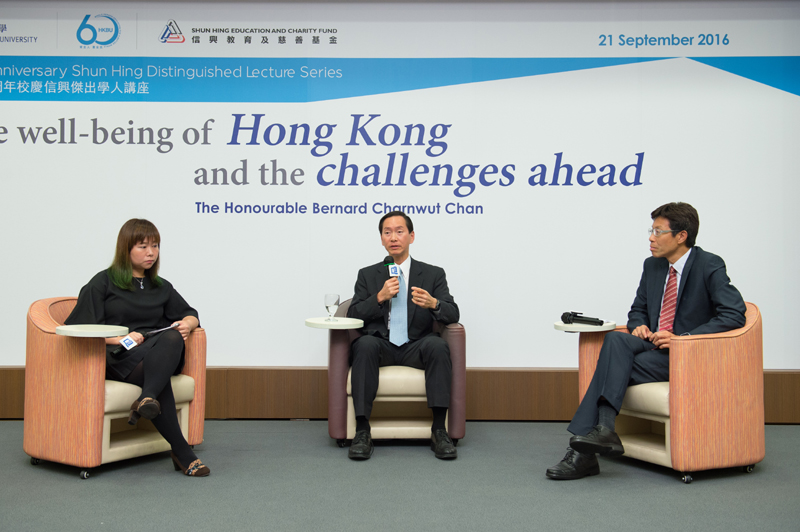 Mr. Chan shared on how Hong Kong could maintain its competitive edge 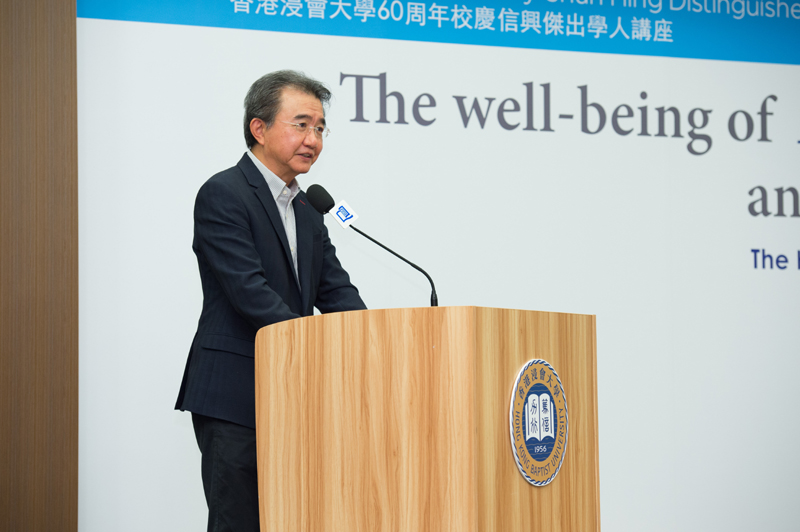 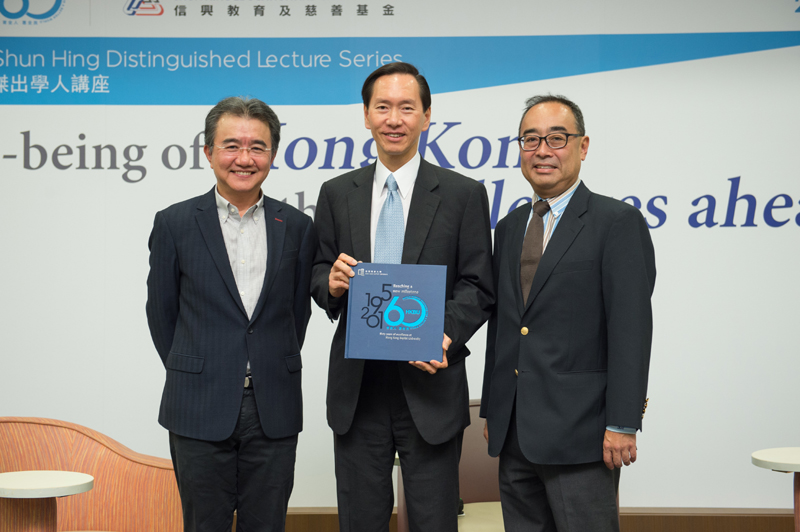 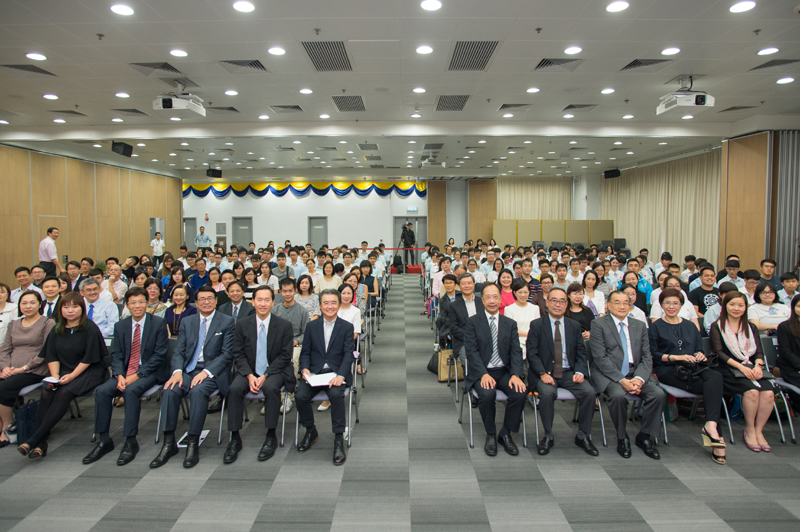 The lecture attracted over 200 guests 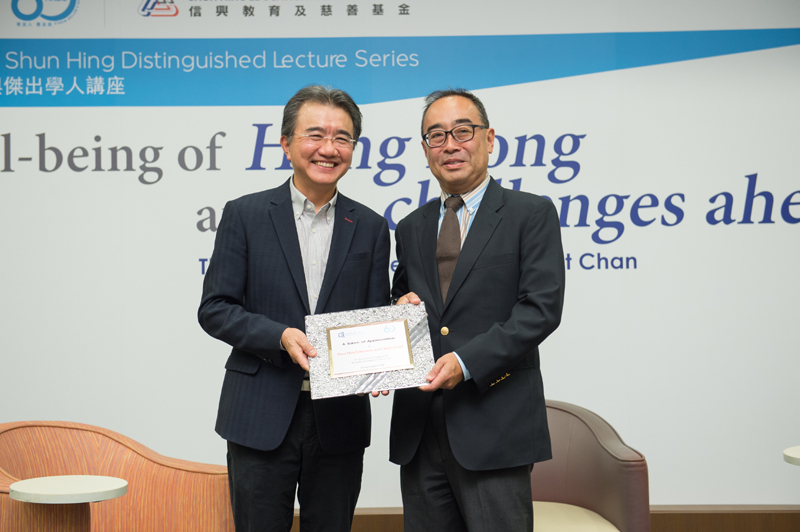 In commemoration of the University’s Diamond Jubilee, Shun Hing Education and Charity Fund Limited recently made a generous donation of HK$1.2 million designated for the “HKBU 60th Anniversary Shun Hing Distinguished Lecture Series” to promote creativity and strengthen the research culture within the University.  The lecture series will invite internationally renowned scholars from various fields to share on a wide range of academic topics or influential research projects as well as local distinguished individuals to share their experiences in creative production and their keys to success.

In his welcoming remarks, Professor Roland T. Chin, President and Vice-Chancellor, expressed his heartfelt gratitude to Mr. David Mong, Chairman of Shun Hing Education and Charity Fund Limited, and Chairman and Chief Executive Officer of the Shun Hing Group, for his Fund’s generous support and tremendous contributions to Hong Kong Baptist University over the years. Professor Chin also thanked Mr. Chan for sharing his invaluable insights with the audience and hoped that students could learn from him how to nurture and unlock creativity.

Mr. Chan gave a presentation on how Hong Kong could maintain its competitive edge and how it could tackle the challenges posed by the rapidly changing world. He shared his valuable experience in tackling some of the issues Hong Kong people are concerned about. He also encouraged everyone in Hong Kong to step forward and work collectively to move the city forward.