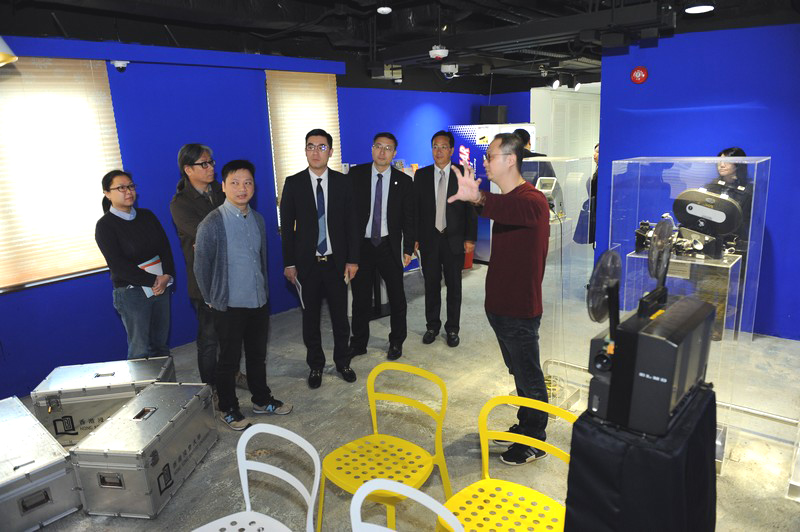 The guests toured around the facilities at the Academy of Film 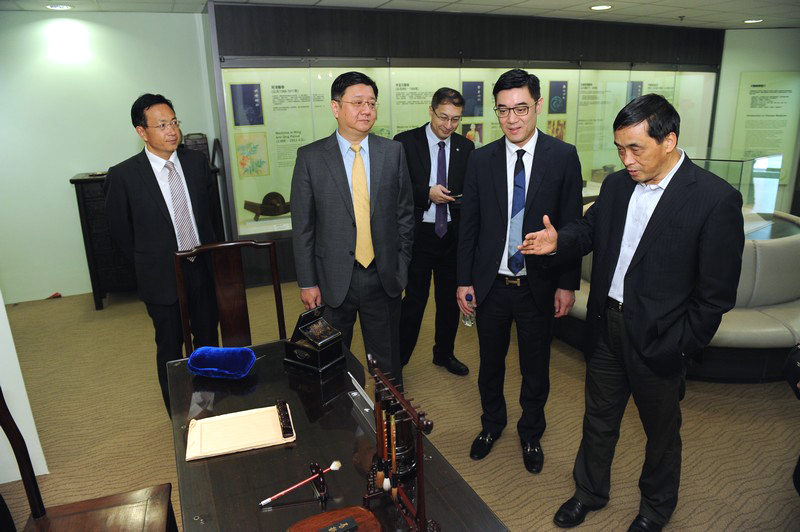 Prof. Lyu introduced to the guests the exhibits at the Museum of Chinese Medicine 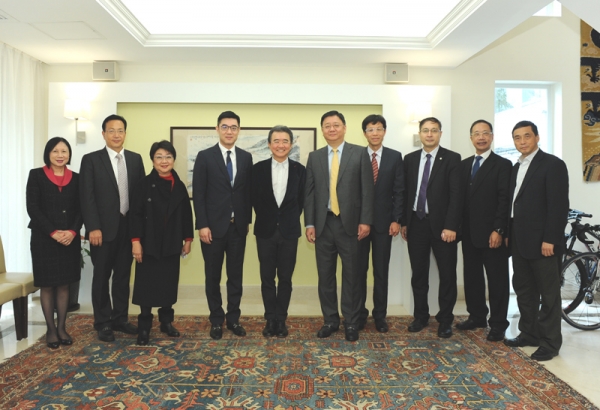 Professor Roland T. Chin, President and Vice-Chancellor, hosted a lunch for the guests at his residence Shiu Pong Hall after the visit. They were joined by Mrs. Doreen Chan, Treasurer of the Council and the Court of HKBU and Treasurer of the Board of Governors of the HKBU Foundation; Dr. Albert Chau, Vice-President (Teaching and Learning); and Mr. Andy Lee, Vice-President (Administration) and Secretary. Professor Chin thanked the guests for visiting the University despite their busy schedules and expressed that he looked forward to working closely with them in sustaining various aspects of the University’s future development.