HKBU welcomes delegation from The Chinese General Chamber of Commerce 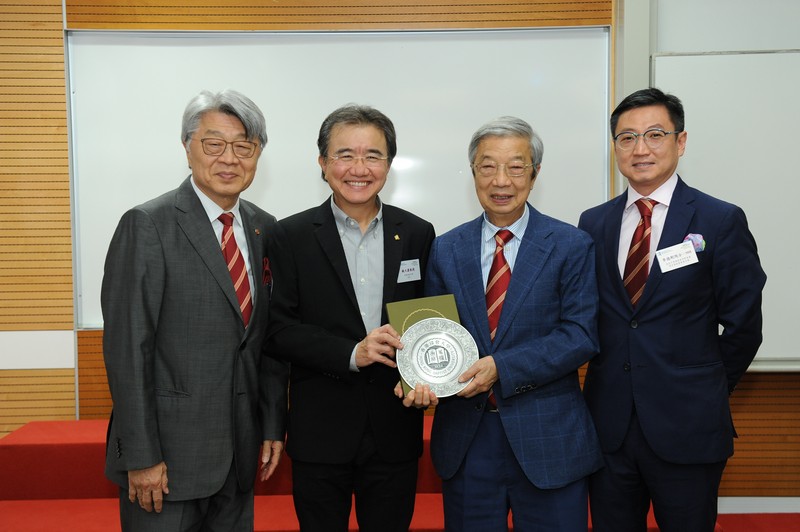 Prof. Roland Chin introduced the latest developments of HKBU to the guests 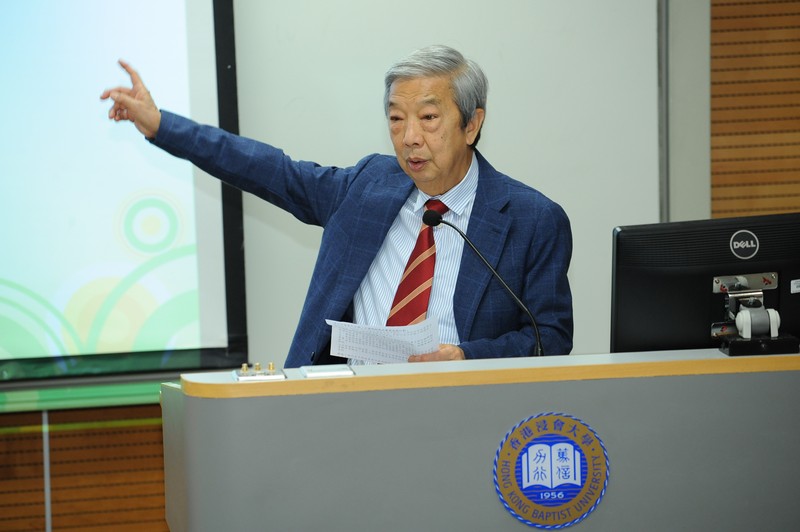 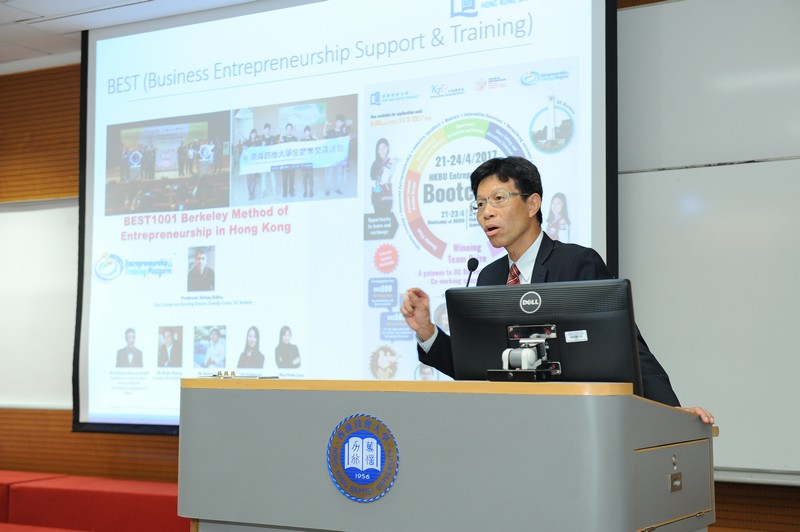 Dr. Albert Chau introduced the various teaching and learning initiatives at HKBU to the delegation 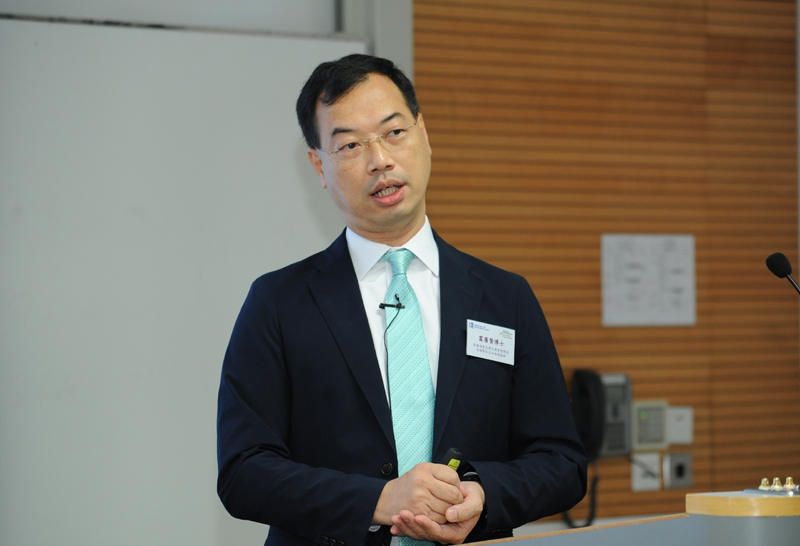 Dr. Henry Fock gave a presentation on the recent developments of the School of Business 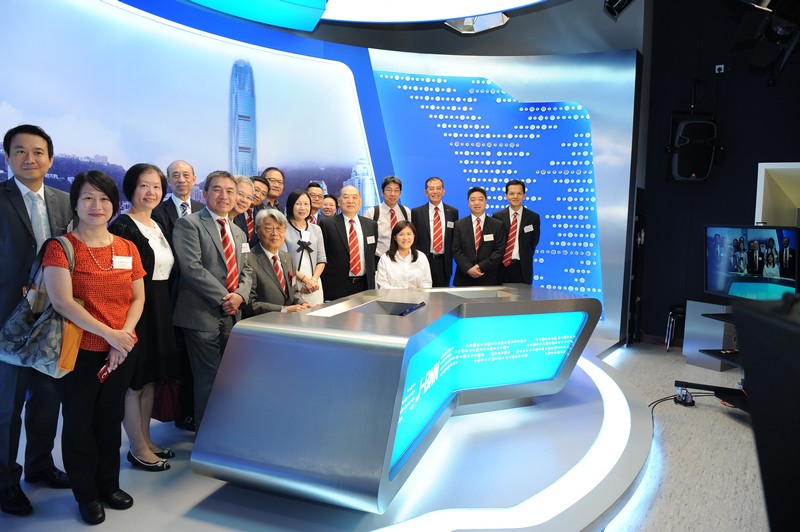 The delegation visited a broadcast studio at the Department of Journalism 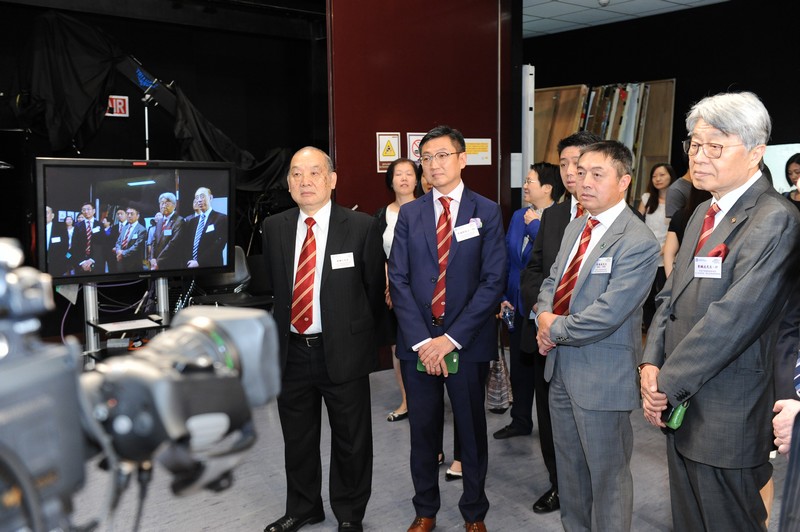 The delegation found the facilities at the Academy of Film impressive 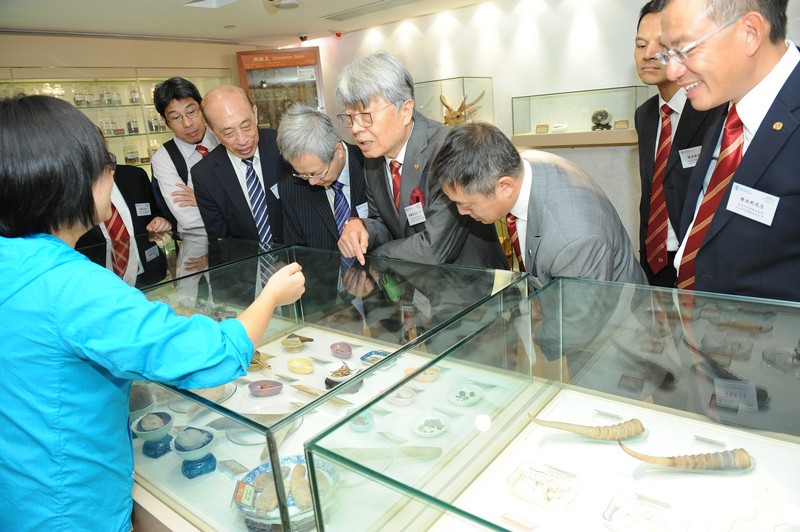 The delegation toured around the School of Chinese Medicine 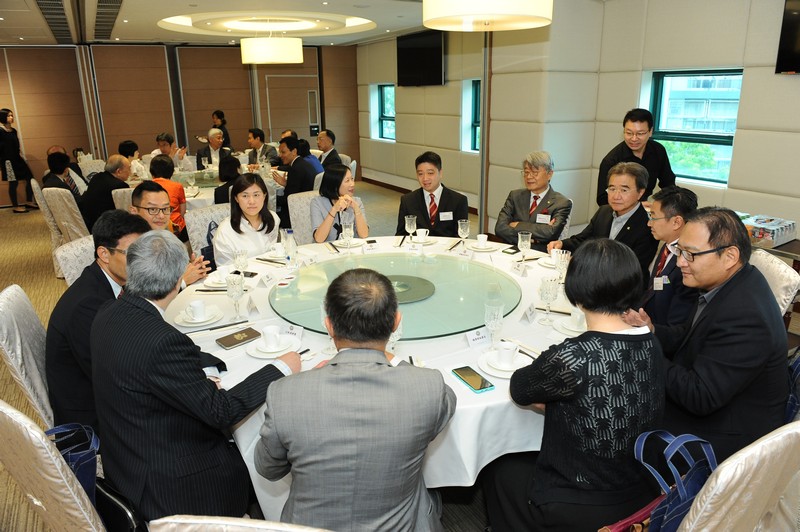 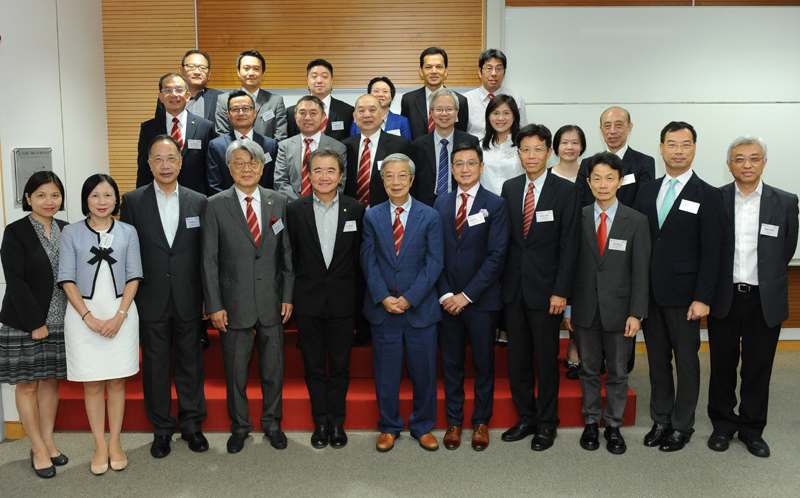 A 19-member delegation from The Chinese General Chamber of Commerce (CGCC), led by its Vice-chairmen Ir Professor K.K. Wong, GBS, JP, and Mr. Brandon Liu, JP, as well as its Standing Committee Member and Chairman of the Education Funding Committee Mr. Alfred Lee, MH, paid a visit to the University on 31 August 2017.

Professor Roland T. Chin, President and Vice-Chancellor, extended his warm welcome to the members of CGCC for visiting the University despite their busy schedules. Professor Chin said that HKBU is committed to the pursuit of equal opportunities and seeks to nurture a culture of diversity. The initiatives of First-Generation University Student Fund and the Admission Scholarship Scheme for Outstanding South and South East Asian Ethnic Minority Students have received numerous support from the community and alumni. Dr. Albert Chau, Vice-President (Teaching & Learning) introduced various teaching and learning initiatives launched at HKBU to the delegation, including student exchange, global learning and service learning opportunities, as well as One Belt One Road programmes. Professor Chin and Dr. Chau hoped that the delegation could gain a better understanding of the University’s development in various areas, and they looked forward to working in partnership with CGCC in nurturing more outstanding talents for the betterment of the community.

Founded in 1900, The Chinese General Chamber of Commerce is one of the oldest and largest chambers of commerce in Hong Kong. Its Education Funding Committee has provided support for the various exchange programmes organised by local tertiary institutions and has established a number of scholarships, aiming to enhance young people’s understanding about Mainland China. In his speech, Ir Professor K.K. Wong expressed that CGCC shares HKBU’s vision of promoting Whole Person Education and broadening students’ horizons. He wished that the Chamber can collaborate with HKBU continuously, particularly in the areas of internships and exchange programmes.

The visit began with a presentation on the recent developments of the School of Business by Dr. Henry Fock, Head and Associate Professor of Marketing. The delegation then visited the facilities at the Department of Journalism and the Academy of Film of the School of Communication, as well as the School of Chinese Medicine. They were warmly received by Mr. Andy Lee, Vice-President (Administration) and Secretary; Mr. Yeung Chee Kong, Associate Vice-President (Engagement); Mrs. Lily Chan, Director of University Advancement and Secretary-General of Hong Kong Baptist University Foundation; Professor Gordon Tang, Director of Student Affairs; Dr. Rosa Tang, Assistant Director of Student Affairs and Head of Career Centre; and Dr. Liu Jing, Coordinator of the Dr. and Mrs. Hung Hin Shiu Museum of Chinese Medicine. A luncheon was hosted by Professor Chin after the visit.