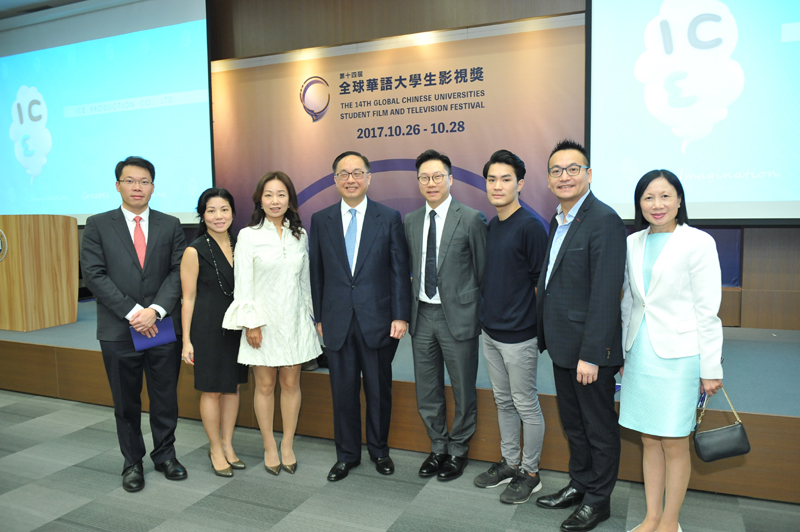 Mr. Nicholas Yang (fourth from left) and Ms. Diana Chen (third from left) posed for a photo with other guests at the opening ceremony 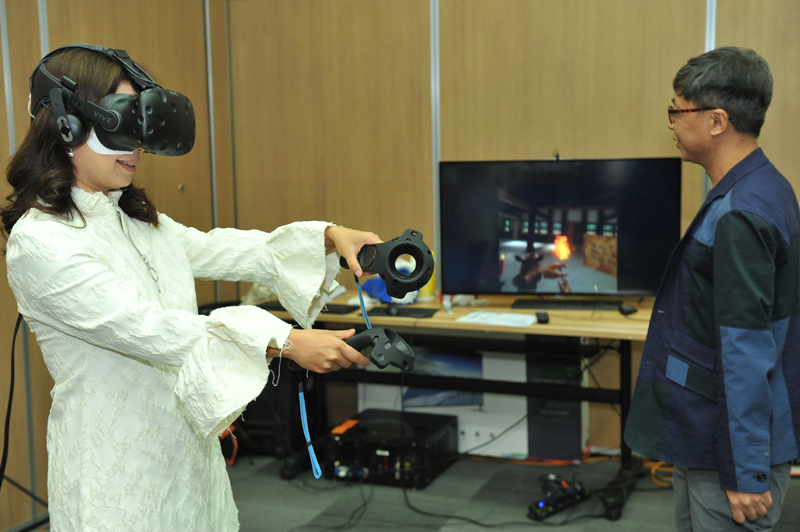 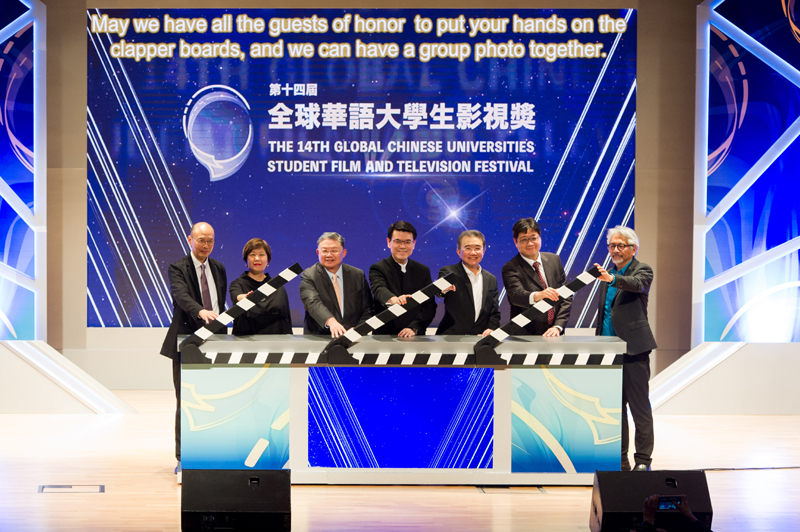 The 14th Global Chinese Universities Student Film and Television Festival, organised by the Academy of Film of the School of Communication in conjunction with the DC Foundation, Honorary President of the HKBU Foundation, and the Centum Charitas Foundation, was held in late October. This three-day Festival has drawn 105 entries from 56 institutions worldwide to compete for 17 awards.

The opening ceremony held on 26 October 2017 was officiated by Mr. Nicholas Yang, GBS, JP, Secretary for Innovation and Technology of the HKSAR Government; Ms. Diana Chen, BBS, JP, Founding Chairman of the DC Foundation and Vice Chairman of the Centum Charitas Foundation; Professor Clayton Mackenzie, Provost; Professor Eva Man and Mr. Man Shu Sum, Director and Associate Director respectively of the Academy of Film. After the opening ceremony, a virtual reality zone was set up to demonstrate the latest trends of VR application in the film industry.

In his speech, Mr. Yang commended HKBU for nurturing generations of film and TV talents over the years.  He added that HKBU is the first institution in Hong Kong to build a Dolby Atmos certified sound mixing studio, enabling its students to access the latest equipment and technology for learning.  He also thanked the Academy of Film, the DC Foundation and the Centum Charitas Foundation in organising a wonderful and enlightening Festival.

A total of 17 awards were presented this year. Please click here to view the full list of award winners.