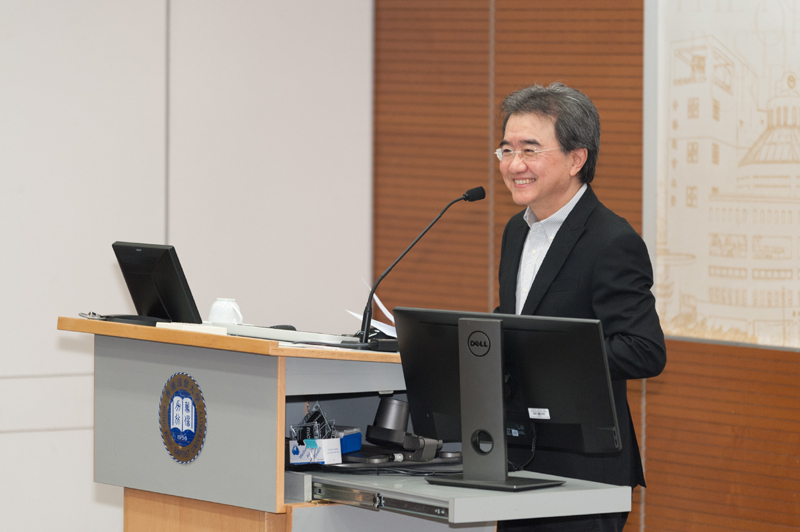 Prof. Roland Chin expressed his gratitude to the Tsang Shiu Tim Charitable Foundation for its staunch support towards HKBU 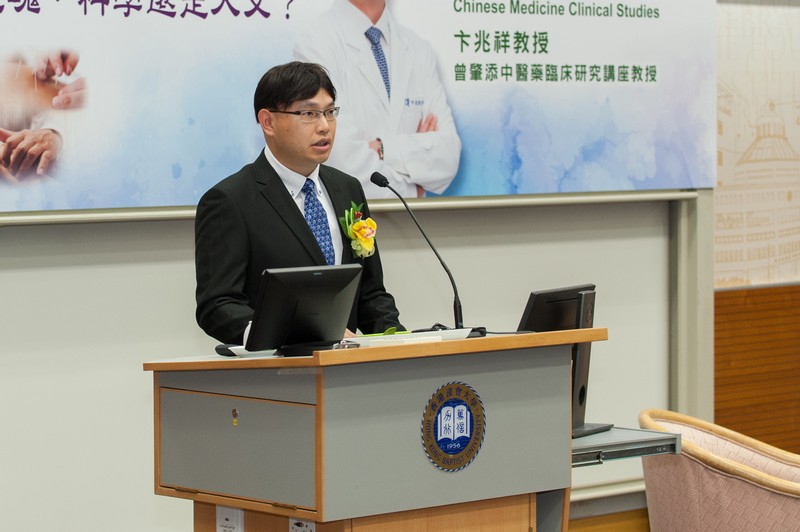 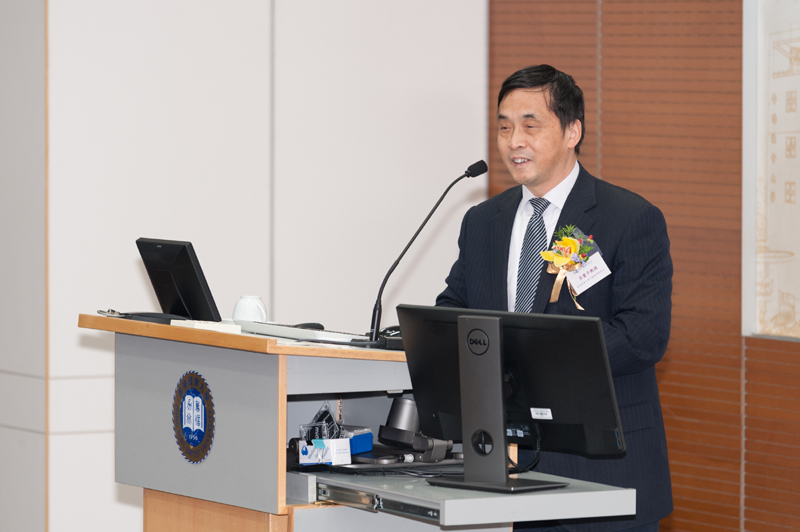 Prof. Lyu Aiping made an introduction to Prof. Bian Zhaoxiang 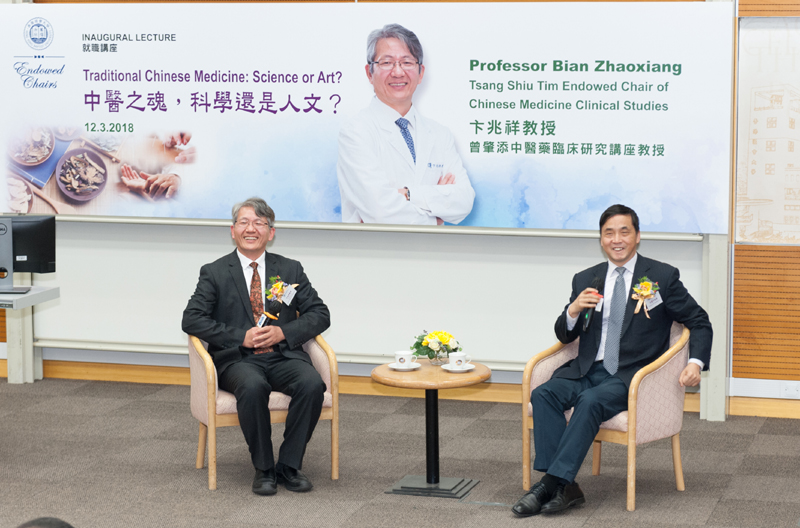 Prof. Lyu Aiping and Prof. Bian Zhaoxiang exchanged views with the audience during the Q&A session 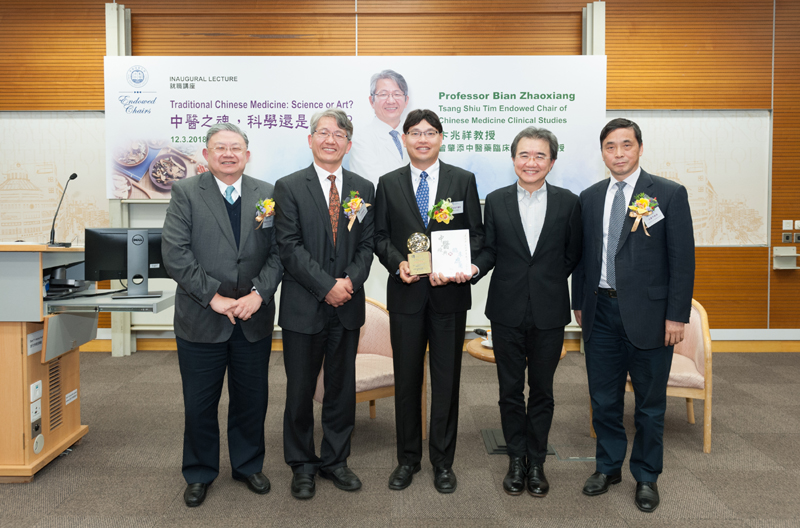 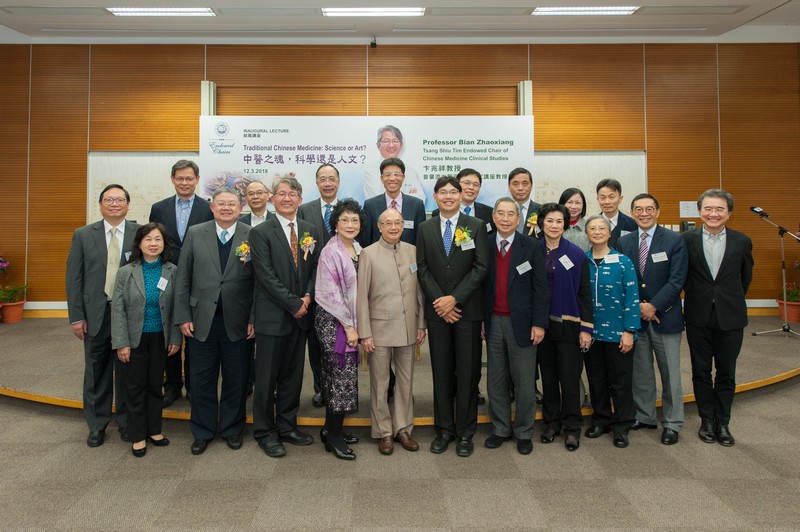 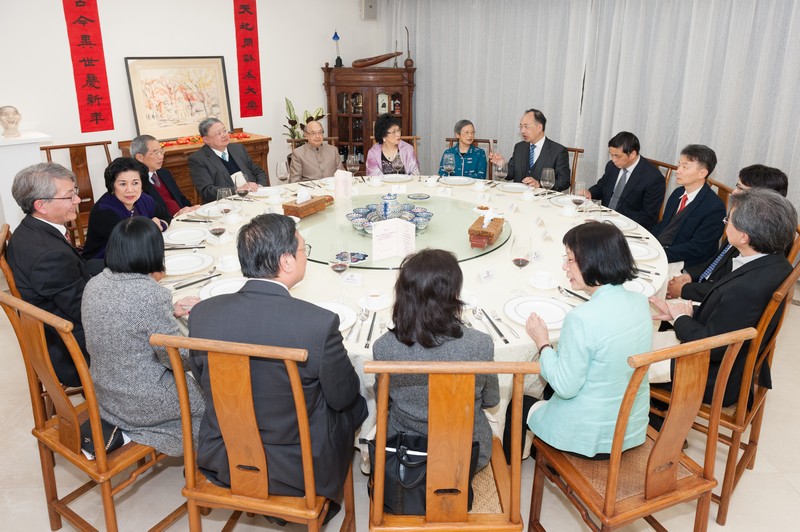 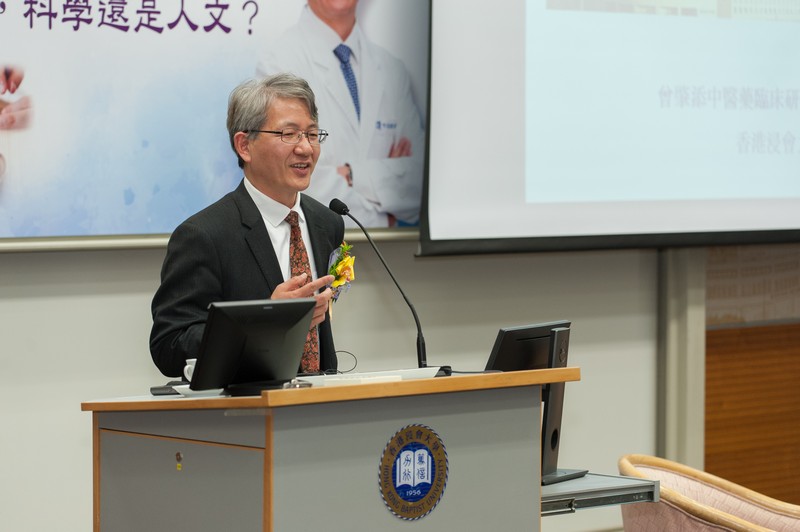 In recognition of the generous support of the Tsang Shiu Tim Charitable Foundation for the establishment of the “Tsang Shiu Tim Endowed Chair of Chinese Medicine Clinical Studies” and in celebration of the conferment of this title on Professor Bian Zhaoxiang, Associate Vice-President (Chinese Medicine Development) of HKBU, the University organised an Inaugural Lecture on “Traditional Chinese Medicine: Science or Art?” by Professor Bian to share his wisdom and insights with the public on 12 March 2018.

In his welcoming remarks, Professor Chin expressed his heartfelt gratitude to the Tsang Shiu Tim Charitable Foundation for its tremendous contributions to society, especially its staunch support to HKBU in support of its whole person education and various endeavours over the years. In his speech, Mr. Patrick Tsang Kai Chi commended the School of Chinese Medicine of the University for being a pioneer in Chinese medicine education, innovative research and provision of healthcare services in Hong Kong. He hoped that the establishment of the “Tsang Shiu Tim Endowed Chair of Chinese Medicine Clinical Studies” could further promote the University's research, clinical training and healthcare services of Chinese medicine for the benefit of the community.

After an introduction to Professor Bian made by Professor Lyu Aiping, Dean of Chinese Medicine, Professor Bian delivered his inaugural lecture. He pointed out that Chinese medicine emphasises a holistic approach—a human being is connected with nature and the surroundings as a complete unity. He said that the soul of Chinese medicine is its principle of syndrome differentiation and explained the concept and importance of preventing a disease before it develops. He hoped that the community will put a greater focus on ways to further enhance its clinical efficacy as well as its rehabilitative and healthcare value, so as to promote the development of Chinese medicine and its contribution to the world of medicine.