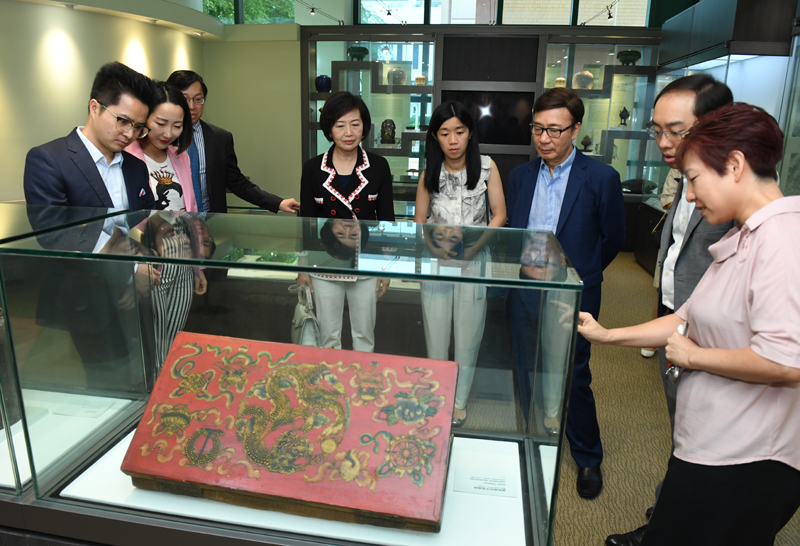 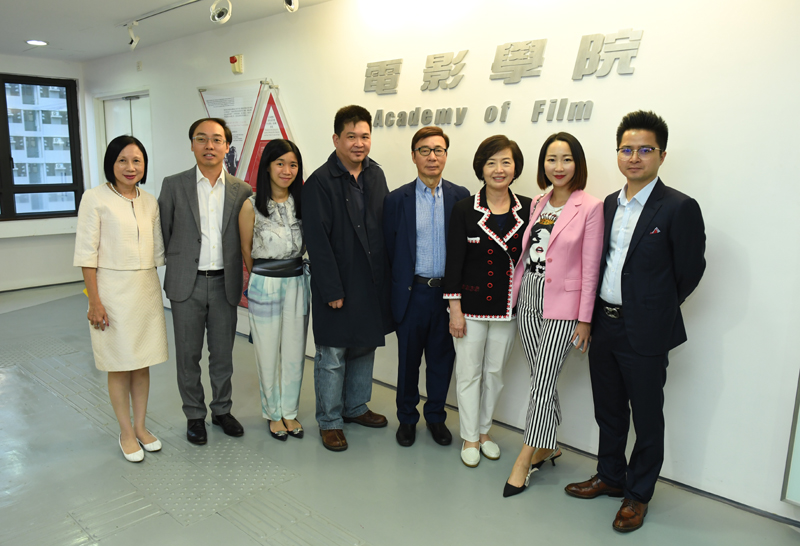 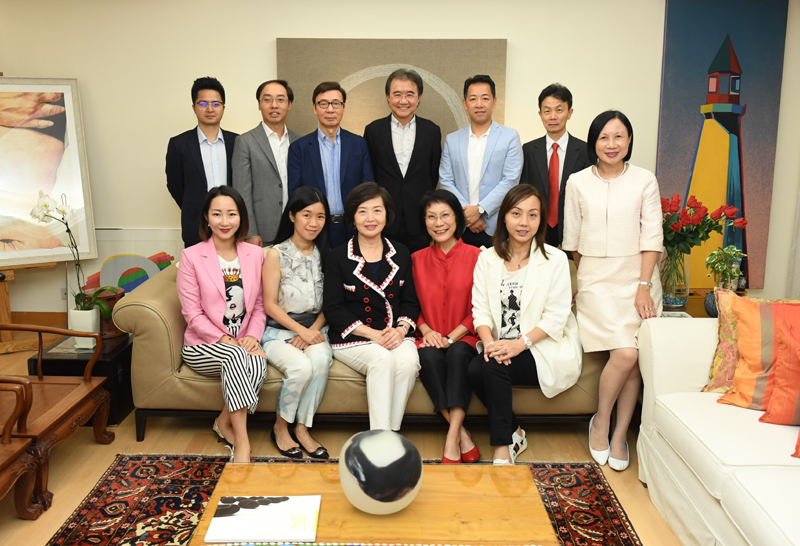 Mr. So Kai Sing and Mrs. Susan So, BBS, Chairman and Vice-Chairman respectively of Su’s Sanitary Product Limited; Mr. Jackson So, son of Mr. and Mrs. So, and his wife Mrs. Dora So; Mr. Liu Miao Feng and Mrs. Liu Cheng Cheng, Managing Director and Chief Executive Officer respectively of Daily Care (Shenzhen) Technology Development Co. Limited, visited the University on 11 July 2018. They were warmly received by Dr. Joshua Ko, Associate Professor of the Teaching and Research Division of the School of Chinese Medicine; Mr. Joel Lam, Senior Lecturer of the Academy of Film; and Mrs. Lily Chan, Director of University Advancement and Secretary-General of the HKBU Foundation.

During the visit, the guests toured around the campus facilities on the Baptist University Road Campus. They were showcased the featured facilities and competitive edges of the School of Chinese Medicine and the Academy of Film.

Professor Roland T. Chin, President and Vice-Chancellor, and Mrs. Zina Chin, hosted a dinner for the guests at their residence Shiu Pong Hall after the visit. They were joined by Ms. Linda So, daughter of Mr. and Mrs. So, and her husband Mr. Kenneth Poon, as well as Mr. Yeung Chee Kong, Associate Vice-President (Engagement), to exchange views on the development of the University.