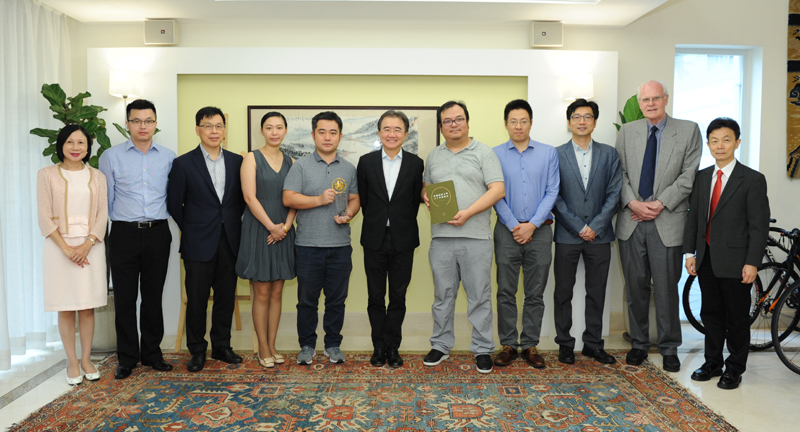 The University recently received a generous donation pledge of HK$3 million from Digital Blockchain Technology Limited for the Department of Computer Science. A strategic cooperation framework agreement was signed to establish partnership in the area of blockchain technology development, data sharing as well as training of talents. This included the establishment of a Blockchain and FinTech Laboratory at HKBU in support of the teaching and research work of the Department of Computer Science on blockchain technology.

Digital Blockchain Technology Limited is a renowned blockchain company in the industry. It is committed to the fundamental research as well as real-world applications of blockchain technology. Its research and development team is one of the pioneers in the design of ASIC chips for blockchains. The company is now developing a new blockchain technology that can harness the huge computing resources used for mining crptocurrencies to support practical applications such as AI and scientific problems.